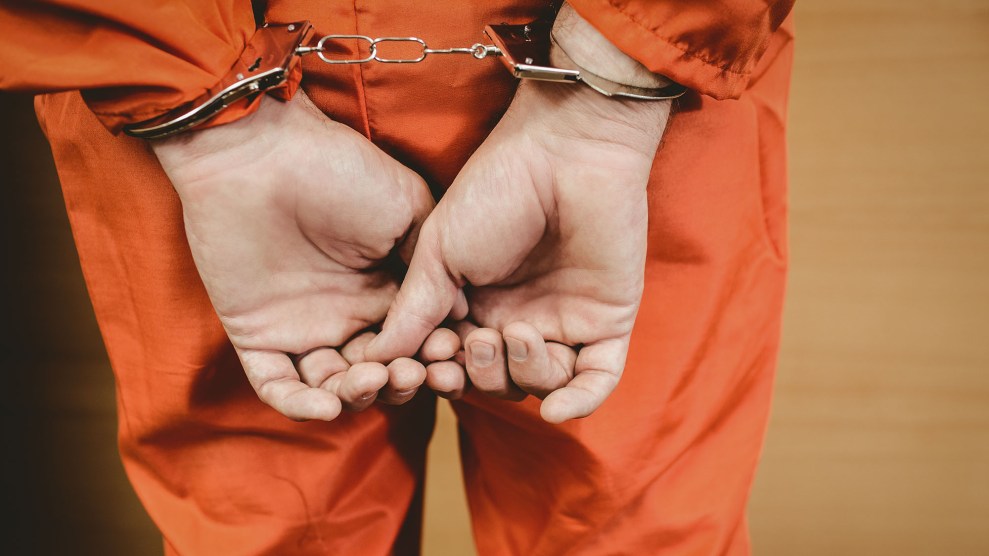 Criminal justice activists have long said California’s bail system needs reforming. Earlier this year, a California appellate court agreed, declaring the state’s system unconstitutional and making change inevitable. Then last week, Democrats in the state Legislature passed a bill that would effectively abolish cash bail once and for all.

The only problem? Some criminal justice reformers say the bill’s solution will only make things worse.

California’s median bail amount, the price detainees must pay to get out of jail while awaiting their next court date, is more than five times the national median, according to a 2015 report by the Public Policy Institute of California. As a result, the rate of pretrial detention in the state is much higher than the national average. Between 2000 and 2009, 59 percent of felony defendants in California were detained pretrial, compared with 32 percent in the rest of the country, according to Justice Department data. Critics say cash bail disproportionately punishes the poor: Those who can’t pay are forced to stay in jail before trial, while wealthier defendants can go free. And they point out that the high rate of pretrial detention has contributed to overcrowding in jails across the state, a problem California was ordered to address in a 2011 US Supreme Court ruling that found overcrowding violated prisoners’ Eighth Amendment rights.

“This nationwide system of wealth-based incarceration keeps people who have not been convicted of a crime in jail for weeks, months, and even years,” Udi Ofer, deputy national political director of the American Civil Liberties Union, said last year in a statement about the need to end cash bail. “People lose their families, jobs, and homes as they wait for their case to move through the system.”

The measure, SB 10, introduced earlier this month and passed August 21, seeks to address these problems by doing away with cash bail entirely and replacing it with risk assessment. Every county court system would use risk assessment tools—which put factors like the severity of the charges against a defendant and their past criminal record through an algorithm to determine the likelihood of certain behavior—to decide whether a detainee is safe to be released pending trial, and whether they are likely to return for future court dates.

The risk assessment system would set up a whole new set of rules about which detainees should be released. Each county would need to establish an agency or program, called the Pretrial Assessment Services, that would evaluate defendants’ risk level. Defendants charged with most misdemeanor crimes would be released without being assessed. Of those who are assessed, defendants rated as low risk—meaning the defendant is not a threat to the public and is likely to show up for the next court date—would automatically be released before trial, though they may be required to meet certain conditions, like wearing an ankle monitor. Other defendants, like those rated as high risk or charged with certain violent crimes, would have their case reviewed by the court and would most likely be held in “preventive detention.” Defendants rated as being medium risk would also have their case reviewed by the court, and the judge would have considerable discretion over whether detention is necessary. The bill would affect everyone arrested and detained in California on or after October 1, 2019.

Risk assessment tools, in lieu of cash bail, have already been adopted in a handful of states. Though controversial, they’ve also gained support among some criminal justice advocates, who say that, used correctly, risk assessment can help even the playing field for poor defendants. The tools, proponents say, remove human biases from detention decisions and create an objective method by which to evaluate people charged with committing crimes.

Critics say the bill gives the discretion of individual judges too much weight and opens the system up to more biases.

“Public officials have a social responsibility to pursue the opportunities that algorithms present, but to do so thoughtfully and rigorously,” wrote Adam Neufeld, a former fellow at Georgetown Law School’s Institute for Technology Policy and Law, in an article for the Marshall Project last year. “That is a hard balance, but the stakes are too high not to try.” And some case studies have shown that the methods work: In New Jersey, which implemented risk assessment in January 2017, the number of people detained pretrial dropped by nearly a third from the previous year in the tool’s first six months.

But legislators in California have faced a series of setbacks in implementing risk assessment in the state. A version of SB 10, introduced in late 2016 and amended several times last year, would have radically changed pretrial detention by putting the burden on judges to prove why someone should be detained as opposed to presuming detention. And it would have narrowed the pool of defendants who could be detained to only those charged with the most serious crimes. (However, it still would have allowed money bail in some cases.) The bill explicitly said its intent was to “[address] racial and economic disparities in the pretrial system.”

The legislation was canned following pushback from judges, who complained the change would negatively affect their independence and impede judicial discretion—for example, the Judicial Council, the rule-making body of the California court system, said allowing the court to impose preventive detention only on defendants charged with certain violent crimes would “[make] the bill ineffective and unfair because…[it] appears to not allow the judge to take criminal history or other factors into account.”

The measure passed last week is the Legislature’s answer to that criticism, but it hasn’t escaped controversy. The ACLU, which supported the earlier bill, now says it opposes the measure because “SB 10 cannot…provide sufficient due process nor adequately protect against racial biases.” Other advocacy groups like the Essie Justice Group, which focuses on women with incarcerated families, have also come out against SB 10 after supporting its previous form.

Critics say that, unlike the earlier version of the bill, this iteration gives the discretion of individual judges too much weight and opens the system up to more biases. And they say the bill gives counties too much power in deciding what specific assessment tools to use and how exactly they should be used—the bill would not require that risk assessment be implemented in the same way across the state.

Perhaps the most resounding criticism has come from state public defenders, who say the bill’s criteria for detaining someone is too broad and could mean more, not fewer, people will be held in California jails. “It’s an abomination of what the prior bill set out to do,” San Francisco Public Defender Jeff Adachi, who wrote op-eds in the Sacramento Bee and San Francisco Chronicle against the bill, told Mother Jones. “It gives pretty much all the power to judges who, for the most part, were the major culprit in high incarceration rates, particularly of poor people, because they would use high bail in order to keep someone behind bars.”

Even legislative backers of the proposal seem to have lukewarm opinions of it. In an interview with the Chronicle, San Francisco Assemblyman David Chiu said, “This may not be the perfect bill. It may not go as far as people may want from the so-called left or the so-called right, but we have to do something…The system desperately needs to be reformed.” (Conversely, in a statement to Mother Jones supporting the new bill, the Judicial Council said, “The legislation provides a criminal justice framework that strikes an appropriate balance between concerns for public safety and providing equal access to justice that is not based on wealth.”)

Regardless, this criticism might be too little too late. SB 10 is currently on the desk of Gov. Jerry Brown, who is expected to sign it.