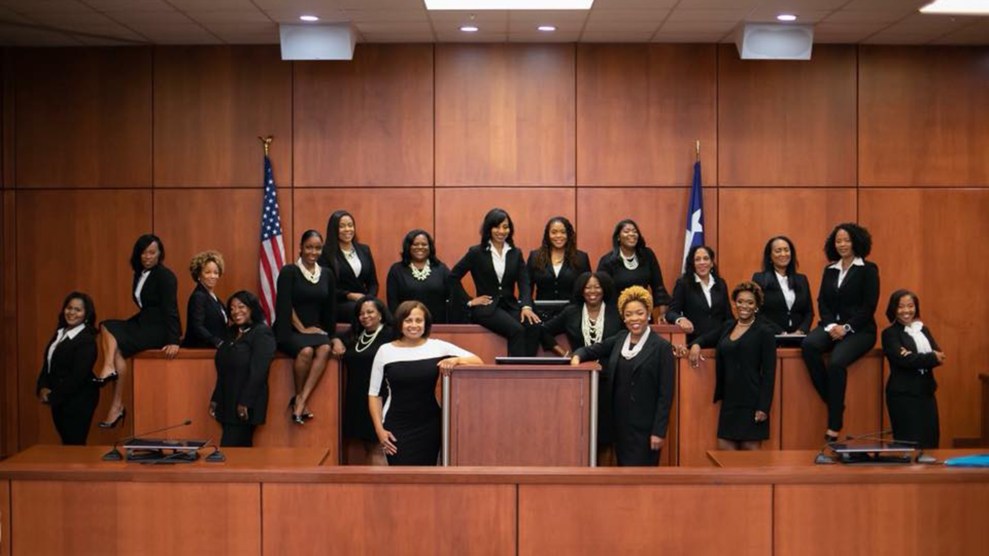 Beto O’Rourke didn’t manage to boot Ted Cruz from the Senate this week, but he got a consolation prize: His long-shot race for Congress drew an unprecedented number of Democratic voters to the Texas polls. As a result, their party swept every judicial seat in the state’s most populous county, knocking out Republican judges who had staunchly opposed bail reform and sent kids of color into juvenile detention at shockingly high rates.

In Harris County, which is home to Houston and the third-largest county in the United States, Democrats unseated 59 Republican judges—including 23 district judges, 13 family court judges, eight county civil judges and probate judges, and 15 misdemeanor judges. Of the newly appointed Democrats, an unprecedented 17 are black women, significantly changing the face of a judiciary that had been primarily white. Democrats also fared unexpectedly well in the state’s appellate courts, almost all of which were dominated by Republicans. The Third Court of Appeals flipped to Democratic control, a crucial victory given that its jurisdiction includes Austin and its judges often hear challenges to laws passed by the statehouse. Republicans also lost control of the Fifth Court of Appeals in Dallas, which hasn’t had a Democratic judge since the early 1990s.

Dallas’ Fifth Court of Appeals hasn’t had a Democratic judge since the early 1990s.

In some states, it’s exceedingly rare to unseat an incumbent judge in an election: Voters in Cook County, Illinois, knocked out a sitting county judge on Tuesday for the first time in 28 years. Texas has seen more instances of this as of late. According to Mark Jones, a political science professor at Rice University, Republicans swept every judicial seat in Harris County during the 2010 and 2014 elections, too, while Democrats did so in 2016. The reason, he says, is straight-ticket voting. This option allows voters to select either all Democratic or all Republican candidates by checking a single box—which must have been tempting in Harris County, which had about 90 races on the ballot this year. But the appellate court victories were much more unusual. “It had everything to do with Donald Trump, Beto O’Rourke, and the Democratic Party generally,” says Jones. Incumbent Republican judges on these higher courts usually hold onto their seats—if Democrats vote against them in Houston or Dallas, they can compensate by tapping into conservative support in the surrounding suburban counties. But this year,” Beto really incentivized people to turn out to vote in record numbers,” says Jones. “We haven’t had midterm turnout like this since 1970.”

The judicial sweep in Harris County could have major ramifications for criminal justice reform. For the past two years, the county has been embroiled in a lawsuit over its practice of keeping people accused of misdemeanors locked up in jail simply because they don’t have enough money for bail. In 2016, videos released by the Texas Organizing Project showed local bond hearing officers were routinely setting cash bonds for mentally ill and homeless defendants without taking into account their ability to pay. Sometimes the officers were even increasing the bond amount to punish the defendants. In 2017, a federal judge made national headlines when she ruled this bail system was unconstitutional. She required the county to free almost everyone accused of minor crimes within a day of their arrest, whether or not they had enough money to cover bail.

“People are stuck in jail and pleading [guilty] just because they can’t afford it,” said Alex Salgado, a Democrat who unseated Judge Paula Goodhart.

The county’s Republican judges quickly appealed, spending millions of dollars on the legal fight. But after the midterms, all those judges are on their way out, and the Democrats who replaced them are eager for change. “People are stuck in jail and pleading [guilty] just because they can’t afford it,” Alex Salgado, a Democrat who unseated Judge Paula Goodhart, told the Texas Observer. “That’s not how it should work.” It’s likely the Democratic judges will settle the bail lawsuit, says Jay Jenkins of the Texas Criminal Justice Coalition.

The Democratic sweep could also mean big changes for juvenile justice. In October, Keri Blakinger of the Houston Chronicle revealed that two Harris County judges were responsible for more than 20 percent of all the kids sent to juvenile detention in the entire state. “The two courts—overseen by Judges Glenn Devlin and John Phillips—not only sent more teens to juvenile prison, but they also sent them younger and for less-serious offenses than the county’s third juvenile court,” Blakinger wrote. “And, from all three courts, the kids sent to state lockups were almost all—about 96 percent—children of color.” The day after the election, Judge Devlin, who lost his seat in the sweep, released almost all the juvenile defendants who came before his bench, “simply asking the kids whether they planned to kill anyone before letting them go,” Blakinger reported in a follow-up. “Apparently he was saying that’s what the voters wanted,” a public defender told her.

In Harris County courts, “the kids sent to state lockups were almost all—about 96 percent—children of color.”

Jones, the professor at Rice University, is hopeful the new judges will begin to tackle some of these racial disparities. But he cautions progressives not to get too excited about the Democratic sweep: The state’s Supreme Court and its Court of Criminal Appeals, the court of last resort for all criminal matters in the state, is where cases that aren’t resolved at the lower levels end up. Some legal battles will “still have to go to the highest level,” he says, “and that’s where Republicans still control everything.”