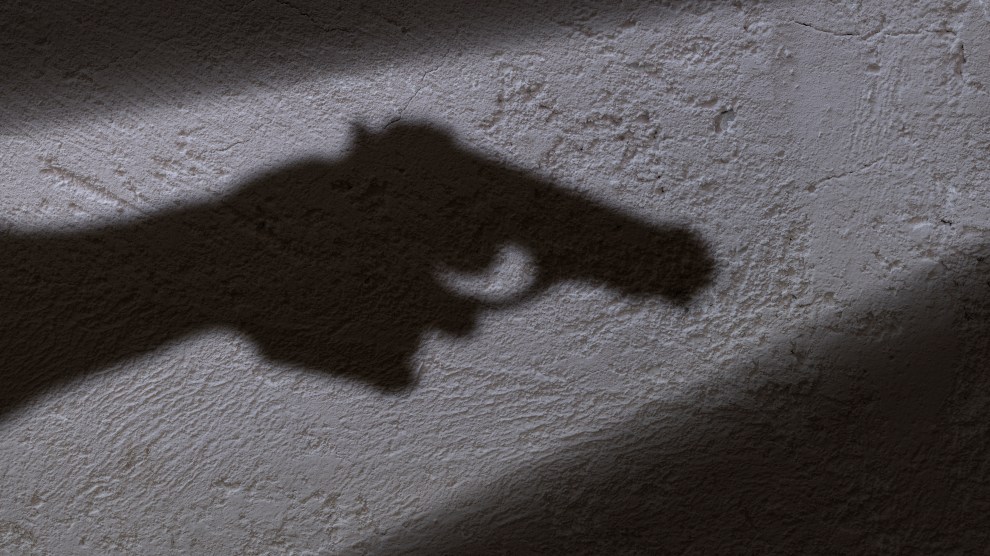 Researchers have long known that the impacts of gun violence ripple out far beyond victims and their families. But the price we pay as a country can be hard to measure, because data is hard to come by. (And the National Rifle Association is working hard to keep it that way.) For a 2015 investigation, Mother Jones reporters, along with researcher Ted Miller, came up with some of the only estimates out there: They put the overall cost at more than $229 billion a year.

During their investigation, pinpointing hospital costs was especially challenging. A new study released today in the scientific journal PLOS ONE may help: It calculated the average cost of hospital visits and readmissions for patients who suffered firearm injuries.

Researchers from the Stanford University School of Medicine, building on prior research, determined that from 2010 to 2015, firearm injuries amounted to $911 million in inpatient hospitalizations nationwide annually and that 9.5 percent of that cost, or $86 million, was from victims needing to return to the hospital. According to the study, about 1 in 7 gun violence survivors in that five-year period was readmitted to the hospital within six months.

1 out of 7 gun violence survivors was readmitted to the hospital within six months.

The study also found that though Medicaid and Medicare covered about 45.2 percent of the total costs, uninsured patients footed 20.1 percent of the bill. Uninsured patients were less likely to go back to the hospital, but doesn’t mean they didn’t need to, said the study’s lead author, Sarabeth Spitzer, in a press release. “We do not necessarily think their injuries are less severe,” Spitzer explains. “It could be that they don’t seek care in circumstances where other patients, who are covered by insurance, would take advantage of that health insurance.”

The researchers note that the rate of readmission they calculated likely underestimates how many people actually go back to the hospital because the source of their data, the Nationwide Readmission Database, only logs returns to the hospital within the year, meaning that patients admitted at the end of December who return to the hospital in January of the following year would not be counted. And the calculations don’t account for the medications, rehabilitation, long-term care, or home health care that many gun violence victims require.

The Stanford study cites the 2015 research by Mother Jones, which combined the immediate as well as extended costs of gun violence—including factors such as police response, mental health needs, and lost quality of life—to find that if every person in America were to split the cost, it would amount to more than $700 per person a year.