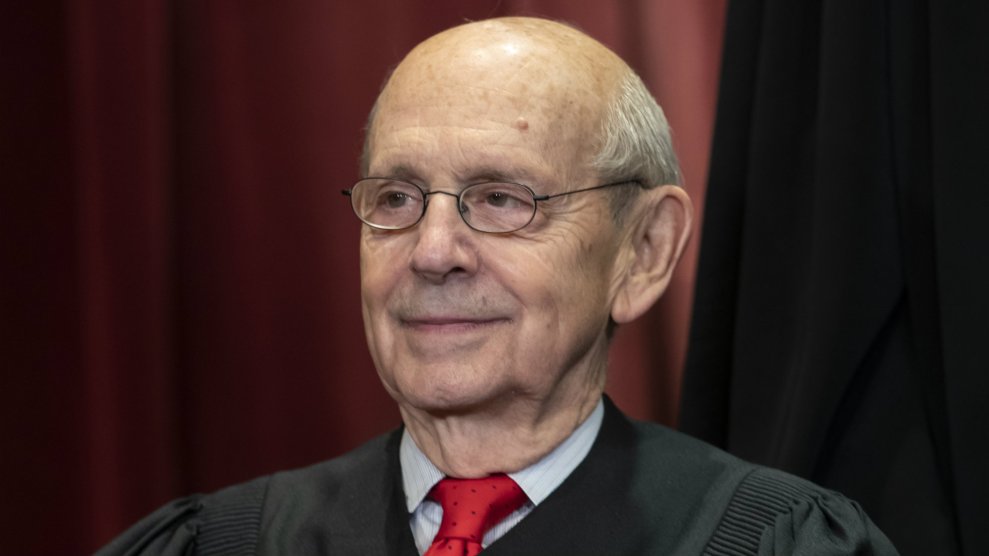 At approximately 3:00 a.m. Friday morning, the US Supreme Court issued a ruling that allows the execution of an Alabama death row inmate to move forward, after a lower court had issued a stay of execution. The order itself was only a paragraph, but Justice Stephen Breyer responded with a six-page dissent that provided a glimpse into just how divided the nation’s highest court has become. “Should anyone doubt that death sentences in the United States can be carried out in an arbitrary way,” Justice Breyer wrote, “let that person review the following circumstances as they have been presented to our Court this evening.”

He then went on to describe the flurry of activity that took place on Thursday afternoon. Christopher Price was set to die on April 11 for the 1991 murder of a pastor in Bazemore, Alabama. Price had claimed that Alabama’s lethal injection protocol would cause him pain and suffering, a constitutional violation. The inmate argued that he should instead be executed by nitrogen hypoxia. Hours before his scheduled execution on Thursday, a federal judge in Mobile, Alabama, issued a stay over those claims, giving the state until May 10 to provide evidence against Price’s claim that nitrogen hypoxia would reduce the risk of severe pain.

Alabama immediately appealed the lower court’s decision, but the 11th Circuit Court of Appeals affirmed it. Alabama then appealed to the US Supreme Court, saying that Price failed to sign up for the new method of execution in a timely fashion. But when Price’s death warrant expired at midnight, the high court still hadn’t made a decision. The final decision was issued at around 3:00 a.m. The majority ruled in a short unsigned paragraph that because Price had not brought his claims sooner, they would allow the execution to move forward.

Breyer was not convinced by the argument that Price’s timing was a problem. On June 1, 2018 Alabama passed legislation allowing for nitrogen hypoxia, or being gassed to death, as another method of execution. The state gave inmates 30 days to choose how they wished to die. But, as Justice Breyer notes, Price may have only had three days to decide how the state would kill him:

Yet based on the limited information before us, it appears no inmate received a copy of the election form (prepared by a public defender) until June 26, and the State makes no representation about when Price received it other than that it was “before the end of June.” Thus, it is possible that Price was given no more than 72 hours to decide how he wanted to die, notwithstanding the 30–day period prescribed by state law.

Now, the state will have to reschedule his execution.

The majority’s opinion about Price’s timeliness is not the only issue that rankled Justice Breyer. The fact that the decision was made hastily in the middle of the night, said Breyer, undermines the entire criminal justice system:

To proceed in this way calls into question the basic principles of fairness that should underlie our criminal justice system. To proceed in this matter in the middle of the night without giving all Members of the Court the opportunity for discussion tomorrow morning is, I believe, unfortunate.

The ruling comes at a time when the conservative and liberal justices have been clashing over capital punishment in the United States. Earlier this month, in an opinion declining to review the case of a Missouri death row inmate who has a rare disease which could make his execution “gruesome,” Justice Neil Gorsuch wrote that 11th-hour stays should be an “extreme exception.” It appears that the case of Christopher Price did not rise to that standard.