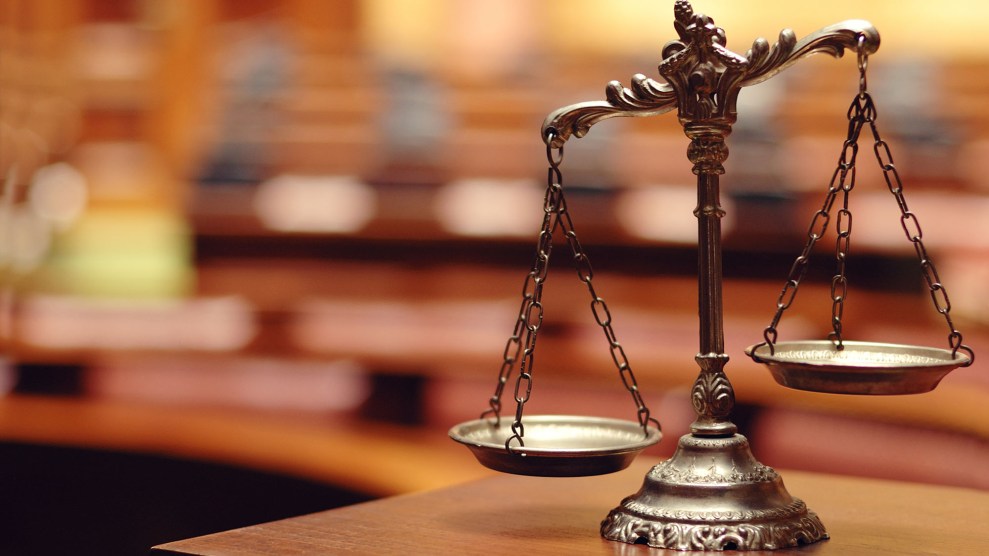 When a 16-year-old boy appeared in a New Jersey court, the question was whether he would be tried as an adult for having allegedly raped a 16-year-old girl. A New Jersey judge denied the waiver, but his rationale has launched an outpouring of online outrage.

The boy, who was drunk, filmed himself penetrating an intoxicated girl at a party, the New York Times reported Tuesday. He then sent the video to his friends with the caption, “When your first time having sex was rape.”

Judge James Troiano, however, said that the boy’s actions did not constitute a “traditional case of rape,” according to a document from the Superior Court of New Jersey, Appellate Division. Troiano explained that in the typical case of rape in which children were tried as adults, “There were generally two or more generally males involved, either at gunpoint or weapon, clearly manhandling a person…and just simply taking advantage of the person as well as beating the person, threatening the person.”

But what was most appalling was how Troiano explicitly connected the boy’s good social standing to his decision not to try him in adult court. “This young man comes from a good family who put him into an excellent school where he was doing extremely well,” he said. “He is clearly a candidate for not just college but probably for a good college. His scores for college entry were very high.”

Troiano is not the only judge whose outdated opinions about sexual assault have created controversy. In 2016, Superior Court Judge Aaron Persky issued a six-month jail sentence to Brock Turner, a Stanford University student accused of sexual assault. Persky eventually lost his job as a result.

Some people have noted that the 16-year-old defendant is not legally an adult and should not be charged as such, but the general focus was the judge’s egregious remarks as justification for this decision, especially given the clear evidence of the boy’s actions.

The girl was drunk. The boy filmed himself penetrating her from behind. Investigators said he later shared the phone video among friends and sent a text reading, “When your first time having sex was rape.” But then Judge James Troiano said that it wasn’t. https://t.co/gxeVmyqUBL

The problem with lenient rape sentences isn’t that incarceration is a viable solution to sexual violence. The problem is that they expose a pervasive indifference to women’s suffering, and the sense that women do not have claims to justice & dignity. https://t.co/OTvuboxEKs

I don’t care what kind of family you’re from—sexual assault is never acceptable. Stop making excuses for perpetrators and start standing up for those who've been violated.

Our kids don’t need to be coddled. They need to be taught not to rape. https://t.co/5JbfraBfOf

An appeals court rebuked the judge and cleared the way for the boy to appear before a grand jury, which will treat him as an adult and decide whether to indict him for sexual assault, the New York Times reported.