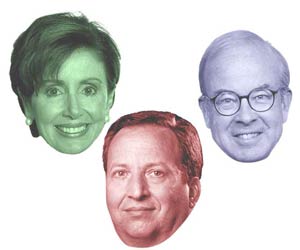 By year’s end, world leaders are to negotiate the successor treaty to the Kyoto Protocol climate agreement in Copenhagen—our last chance, many experts say, to reverse the disastrous course of global climate policy. Here’s how the battlefield is shaping up in Washington. 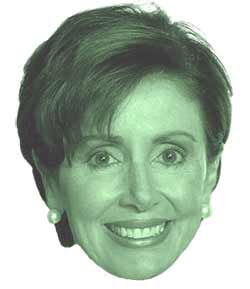 Nancy Pelosi: The speaker of the House has said Congress may not be ready for a cap-and-trade bill this year. But enviros say she’s just managing expectations. They see some kind of climate legislation passing this year, though it could be incremental—think carbon targets in a broader energy bill.

John Boehner: With about a dozen Senate Republicans likely to support cap-and-trade legislation, the gop‘s chances of blocking it may rest on the few surviving moderate Republicans in the House; look for the minority leader to blast cap and trade as too costly for an economy in crisis.

Henry Waxman: Under former chairman John Dingell, the House Committee on Energy and Commerce was where energy legislation went to die. Under Waxman, the committee’s mix of liberals and Blue Dogs could craft a bill with wide appeal. 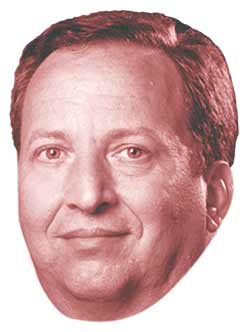 Lisa Jackson: Obama’s epa administrator is in a position to move forward on carbon even if Congress won’t—by regulating CO2 as a pollutant, for example, an avenue opened by a groundbreaking 2007 Supreme Court ruling.

TOM kuhn: As president of the Edison Electric Institute, which represents most of the nation’s electric utilities, Kuhn routinely makes The Hill‘s annual list of the capital’s most powerful business lobbyists. Last year he spent $5.5 million lobbying Congress, in part to water down the Lieberman-Warner climate bill. But watch for up-and-comers like the increasingly powerful American wind energy association to give him a run for his money.

The United States Climate Action Partnership: With members ranging from the Natural Resources Defense Council to Dow Chemical, it aims to broker a climate compromise. “When we rolled this out in January 2007, it really shook up Washington,” says Manik Roy of the Pew Center on Global Climate Change, a founding member of the group. “All of a sudden, you could not say this is industry versus the environment.” But when it was revealed that some partnership members were also funding efforts to block mandatory carbon cuts, environmental groups such as the Sierra Club cried foul.

David Hunter: A former staffer to Sen. Susan Collins (R-Maine), he now lobbies on behalf of the International Emissions Trading Association to promote carbon offsets, arguing that allowing US industries to retrofit a power plant in China is more efficient than forcing companies to cut emissions. But experts say the bona fides of specific offset projects are hard to verify.

Van Jones: Oakland’s evangelist for the green-collar economy will battle the industry-backed alliance for energy and economic growth, which says a carbon cap would be disastrous for blue-collar America.

John Doerr: In January, Silicon Valley’s best-known clean-tech investor told a Senate committee that the single most important thing it could do to boost his sector was pass a climate bill. No Republicans attended the talk. 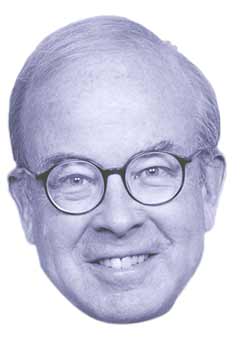 rick boucher: The Blue Dog Democrats will be crucial to passing cap and trade in the House, and Boucher (D-Va.) is the most climate savvy of the lot. A shrewd bargainer for coal interests in his Virginia district, he’s pushing for heavy subsidies for carbon capture technologies, followed by deeper cuts to emissions if and when coal cleans up.

Steven Chu: Obama’s energy secretary loves next-gen biofuels and the oil companies researching them almost as much as he hates climate change. A Nobel laureate, he’ll have the president’s ear as few others will—and might even cure corn-fed Agriculture Secretary tom vilsack of his addiction to ethanol.