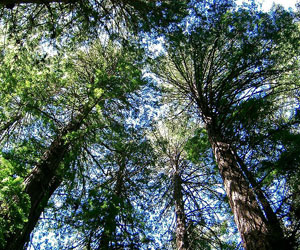 Amid the blizzard of acronyms you’re likely to hear a lot as global climate talks heat up is REDD, which is United Nations lingo for Reducing Emissions From Deforestation and Forest Degradation. In other words, finding ways to pay for preserving forests and planting new trees—an issue that has set major political and financial interests on a collision course. Some of the key players:

The UN’s Clean Development Mechanism, set up under the 1997 Kyoto treaty, allows governments and corporations to buy offsets from tree-planting projects in developing countries (including, for example, monocrop eucalyptus plantations that grow quickly and sequester carbon). But it does not cover projects that save existing forests, and there’s a lot of pressure for that to change in Copenhagen.

Divisions have already emerged among the developing countries with significant forests. Brazil, wary of placing the fate of its trees in the hands of polluting industries in the north, is advocating for rich countries to give anti-deforestation aid directly to developing countries; the money would come from emission permit sales as well as institutions like the World Bank. This is known as the “sectoral” approach, in which large areas of forestland could become part of a nationwide preservation strategy—and governments would be paid to reduce the rate of deforestation below an agreed-upon baseline, for example 2005 levels. By contrast, countries like Indonesia, Papua New Guinea, and the Congo, which have cut their forests at slower rates than Brazil (and would thus not benefit as much from such a baseline approach), want to be paid via offsets, much as businesses now pay directly for offsets like windmills. What’s implied is that if not compensated, they could ratchet up their deforestation rates to match, say, Brazil’s.

Indigenous people around the world, many of whom have been displaced through preservation efforts, are demanding “free, prior, and informed consent” before new restrictions move forward. Some also want tribes, like the Guarani in Brazil, to be compensated for preserving forests for centuries.

In the industrialized world, the big fight is between the EU and the United States: The European carbon-trading market, by far the largest in the world, does not allow avoided-deforestation offsets, which the EU says are hard to monitor and can’t bring down emissions in the long term. In the US, a very different approach has developed thanks to massive lobbying from energy companies such as American Electric Power, Duke Energy, and PG&E. They have joined forces with green groups like the Nature Conservancy, the Environmental Defense Fund, and the Natural Resources Defense Council to advocate for harnessing “the power of US carbon markets,” where carbon offsets would be traded to preserve forests. Groups such as Greenpeace and Friends of the Earth argue such schemes would hold forests hostage to the price of carbon, but so far, the industry coalition is winning the day: Waxman-Markey permits avoided-deforestation credits, a provision that could be worth millions of dollars for the companies that have stockpiled thousands of tons’ worth of carbon in their forest preserves far from Washington, DC.