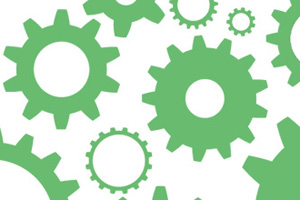 With a bang in Copenhagen and a whimper in the US Senate, the 20-year effort to deal with global warming by capping emissions and putting a price on carbon has come to an end. In the wake of the crash, climate advocates have advanced a range of ideas about how to move forward. Some suggest that a scaled-back version of cap-and-trade, focused only on the utility sector, might work. Others say we need a carbon tax that refunds all its revenue to the public. Still others insist that we must build a stronger political movement to overcome the opposition of climate skeptics and fossil fuel interests.

Unfortunately, most of these strategies only dress up the failed solutions of the last several decades in new clothing. In order to move beyond these unsuccessful strategies, climate advocates must come to terms with why those efforts have failed. Doing so requires abandoning many deeply held assumptions that have informed climate policy and advocacy for decades.

To start, we must acknowledge that current technology is insufficient to significantly reduce emissions. Today’s low-carbon technologies are simply too expensive and too difficult to scale; they do not yet represent a viable alternative to fossil fuels. Wind energy, the cheapest renewable technology, still costs 50 percent more than coal or gas, according to the US Energy Information Agency.

Because low-carbon technologies cost so much more, no political economy in the world has been willing to raise fossil energy prices high enough to make renewable energy cost-competitive at any scale that matters. In his scrupulously researched new book, The Climate Fix, the political scientist Roger Pielke, Jr., our colleague and a senior fellow at the Breakthrough Institute, calls the unwillingness of governments to sacrifice economic growth for global warming the “iron law of climate policy.”

The iron law tells us that the basic math of global emissions will only become more unforgiving. As countries like China and India develop, they will demand ever-greater supplies of cheap energy. Global energy use will likely double or triple over the next 50 years, even if we use energy much more efficiently. If developing countries can’t get energy from cheap low-carbon sources, they will get it from fossil fuels.

While the iron law of climate may seem obvious, many on the left continue to reject it, insisting that turning up the volume with dire warnings of climate apocalypse and civil-rights-style protests can overcome the basic technological and economic obstacles to action. These efforts have only resulted in the intensification of the climate wars and increased the polarization of the issue.

Coming to terms with these realities will require answering a raft of questions. If campaigns based on the dangers of global warming don’t work, how can we build a different kind of political consensus for action? Given our increasingly polarized political culture, where are the opportunities for bipartisanship? How do we reduce carbon emissions in the absence of high carbon prices and what strategies can accommodate developing countries’ overriding need for inexpensive energy?

In the end, all questions—whether political or economic—return to questions of technology. What will it take to develop energy technologies that are clean, cheap, and abundant? If private firms are unlikely to make sustained investments in the development of those technologies, what role should the public sector play in undertaking those activities? How do we ensure that such efforts will improve the cost and performance of energy technologies, rather than simply subsidizing the production of more of the same?

At the Breakthrough Institute, we’ve long championed energy innovation and technology investment as the central strategies to address climate change. This approach is consistent with America’s historically bipartisan commitment to economic prosperity and geopolitical security and our long tradition of investing in new technologies that have remade American life for the better.

A technology-first policy is not the same as a technology-only one. Better and cheaper energy technologies are a precondition for successful caps or carbon taxes, not a substitute. This is, in fact, how the United States tackled past pollution challenges like acid rain and ozone depletion: First we created low-cost alternatives, and then we implemented regulations to require their widespread adoption.

But this is just one strategy. No doubt there are other ways to answer the pressing questions raised by cap-and-trade’s failure. Climate Next panelists and readers: What strategies do you see succeeding in the post-Copenhagen world? How might we go about achieving them?