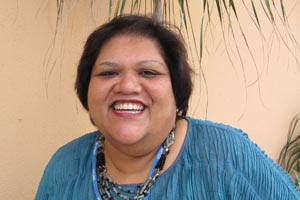 It’s safe to say that many Americans have never heard of Nauru, the Micronesian island in the South Pacific. It’s the smallest member of the United Nations, constituting just 8.1 square miles with 10,000 citizens. It’s also one of the low-lying islands already facing direct threats from the warming planet.

Residents of Nauru face very specific challenges. Germany claimed the island as a colony in the late 19th century. In the early 20th century, the Nauru became a hotbed for phosphate mining, with foreign companies extracting its vast deposits. The mining left a legacy of pollution, contaminating 70 percent of the island and leaving it uninhabitable. The country won independence in 1968 and bought back the phosphate industry in 1970, but the toxic bequeathal means the entire population lives at the edge of the land, just a few meters above sea level.

This leaves the residents at particular risk as the sea creeps slowly upward. The contamination also leaves the country unable to tap groundwater, so residents rely on rainfall for drinking water—rainfall that has become increasingly unpredictable in recent years. “Climate change is more than polar bears. Climate change is very, very real to us. We live it every day,” says Marlene Moses, Nauru’s ambassador to the United Nations. The concerns are numerous, says Moses: “The threat of uncertainty of our future, the threat of uncertainty to what may come of us, whether we will still be here in 20, 30 years time, whether our island, whether our republic, whether our sovereign nation will still be here.”

I sat down with Moses at the climate talks in Cancun to talk about the challenges and opportunities for change that she sees for her nation.

Mother Jones: What impacts are you seeing at home already?

Marlene Moses: We are seeing coastal erosion and great threats to our water resources. We experience dry spells. Nauru does not have any lakes or any rivers. Our underground water is contaminated, so fresh clean water, it’s either imported or we depend on rain. When there are high tides, it floods right into the homes of people. With climate change, with unpredictable weather patterns, it brings all sorts of diseases. We just don’t have the capacity to cope with that, and we should not be expected to cope with that.

MJ: What are folks doing to deal with and prepare for impacts?

MM: We have very little option at home to prepare for these things. And to tell you the truth, the term climate change is also something that is very new to the people. So with the coastal erosion, droughts we experience, shortage of water—to them it’s this phenomenon that they cannot understand. Some of them perhaps don’t realize what climate change is really about. To them it’s part of life. I think that’s very hard for someone who is a negotiator within this process to understand, unless you actually come from an island.

In terms of relocation, it is something we are not considering at the moment. No one can really talk about uprooting yourself to live in a foreign land. It is a very sensitive subject to be discussed, because for us there is even no option internal relocation.

Having said that, I have to say that Nauru is one of the more fortunate islands in the region. When we talk about Tuvalu or the Marshall Islands, that’s where relocation on some islands has already started. That’s where you see the effects of climate change.

MJ: What are the small island nations hoping to achieve in these negotiations?

MM: Our AOSIS position is keeping the temperature rise well below 1.5 degrees, working toward two tracks of legally binding agreements, ensuring fast-start financing—which has yet to surface—and long-term finance as well, and ensuring that the climate change negotiations remain within the UNFCCC process.

MJ: Why is the UN process so important to smaller countries like Nauru?

MJ: The future of Kyoto has been a major subject of debate here. Why is it so important that countries agree to a second commitment period?

MM: That’s the only legal framework where we can discuss these issues that are paramount to our countries. It’s not only Nauru. It’s the rest of the Pacific region. We are one of the most vulnerable regions. You get rid of Kyoto, you disenfranchise the voice of the most vulnerable. There is no forum for us. Where will we take our issues? There is no other legal framework.

MJ: Are the voices of small island states being heard here in negotiations?

There’s been a lot of conversation. It’s action we need. I think it’s becoming rhetoric, but that’s no comfort for us who are living the reality of climate change. I just don’t know how much further I can stress that fact. I do wonder how many have actually visited our region. When you talk about climate change to the world community, they think of polar bears automatically. They totally forget that out in the Pacific Ocean there are actually millions of people, cultures, languages, traditions that are being threatened by something caused by man and something we’ve had very little to do with.

MJ: What’s the public feeling about this back in Nauru?

MM: The general feeling, and I believe that my other pacific colleagues who are here would share the feeling, is that it is up to us, the representatives of our countries, to represent our people to the best of our ability. Because when we go back there, and the sea level rises and you lose islands and certain parts of your territorial land is lost, they will ask us, “So what did you do in Copenhagen? And what did you do in Cancun, and what do you plan to do in South Africa?” We are actually accountable to the people we represent here.