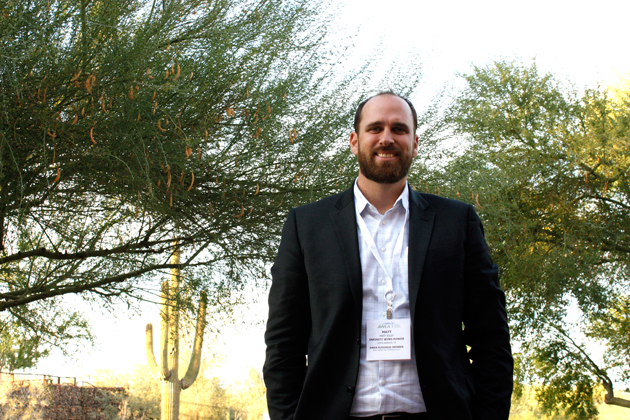 Good-news stories are an increasingly rare find in the wind power industry these days, but Matt Riley has one. His small, relatively young company, Infinity Wind Power in Santa Barbara, Calif., hasn’t laid anyone off; it has added jobs. It hasn’t called off orders for turbines; it wrapped up its first installation, a healthy-sized turbine farm in Kansas, earlier this year.

But like most everyone in the industry, Riley is anxious about the extension of a federal tax credit for wind that Mitt Romney had vowed to kill if elected president, and spent the weeks leading up to the election praying for Obama. Yet with the president’s second term only weeks away, Riley says the light at the end of the tunnel isn’t yet in sight.

“We were nervous of a Romney election,” Riley says, so Obama’s re-election “was a victory for us. But we still have a lot of work to do.”

This week Riley and his wind industry peers, from turbine manufacturers to developers to electricians to siting consultants, gathered at a swanky resort in the desert outside Phoenix to regroup after the election and look ahead at the next four years. But although Riley’s pre-election anticipation was widely shared by people here, the mood feels less like jubilance and more like the tepid relief of a bullet dodged.

“I’d be a lot more pessimistic if Romney was elected,” said a wind expert for General Electric. “But sadly, not enough has changed.”

“I’d be a lot more pessimistic if Romney was elected,” Jeffrey Wiener, a wind expert for General Electric, tells me. “But sadly, not enough has changed.”

Pat Bousliman, a former staffer for Senator Max Baucus (D-Montana) and one of a cadre of Washington insiders who addressed the assembly, agreed: “It could have been a whole lot worse for the wind industry, but [the election] didn’t change much.”

The focus of the tense, nervous conversation within these adobe walls is the same as it has been for a year or more: how the industry will survive if the Production Tax Credit (PTC), a $1 billion-a-year lifeline, gets axed by Congress after it expires at year’s end.

The folks behind Big Wind’s lobbying efforts in Washington remain upbeat: Denise Bode, head of the American Wind Energy Association, gleefully announced that of Congressional candidates backed by the trade group, 86 percent won in the Senate and 88 percent in the House, which she called a “very positive result for the wind industry.”

Still, that’s hardly a guarantee for the PTC. And with Washington’s balance of power unchanged and President Obama still seeming hesitant about effecting major climate legislation in his second term, the sense among industry leaders is that the next four years are likely to be just a continuation of the same old battle.

What people here say they crave, and which the election offers little hope of providing, is a clean break from the PTC, which creates a boom-bust cycle in the industry every time it comes up for re-approval from Congress and puts the US wind industry at a disadvantage in the international market. In its place, they’d like to see a concrete, long-term federal energy policy that embraces renewables or puts a price on carbon pollution. Riley fears the kind of partisan divide that doomed 2010’s cap-and-trade legislation will persist.

“I do worry a lot about the bickering and the partisanship in Washington,” he says. “It just seems like things like the fiscal cliff seem to happen over and over and over again.”

Over the years the industry has settled into a kind of sustained warfare for federal support, and that seems likely to continue for the foreseeable future regardless of who’s in the White House.

“The general temperature of the industry right now is one of guarded excitement,” Riley says. “We need to see what happens with the PTC.”