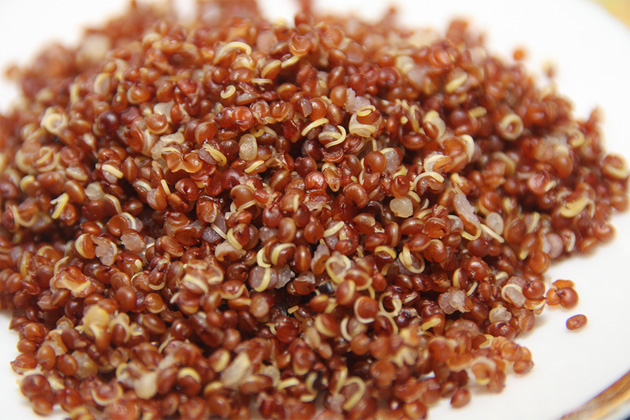 They’re widely vilified—including by me—but food industry marketers really do have a tough job. People can only eat so much, and in industrialized countries where food is plentiful, they don’t tend to consume more of it as their incomes grow. Unlike sales of, say, personal computers in the 1990s or tablets in the 2010s, overall US food spending tends to be pretty flat—it rises roughly with the growth of population.

Açaí berries were barely known outside of Brazil a decade ago, but in 2012 açaí-laced products grossed nearly $200 million in the United States.

One way the industry responds to this stagnation is to roll out “new and improved” products—an endless grope for bigger pieces of a slow-growing pie. Junk food manufacturers are masters of this game: Smokin’ Bacon Ranch Miracle Whip Dipping Sauce, anyone? But the natural-food industry does it, too—with superfoods such as açaí berries, goji berries, quinoa, and chia seeds. These pricey, often exotic ingredients cycle quickly in and out of the foodie spotlight. Açaí berries were barely known outside of Brazil a decade ago, but in 2012 açaí-laced products grossed nearly $200 million in the United States. And while açaí sales have dropped recently as their novelty has worn thin, coconut oil—touted as a wonder fat—is picking up the slack with $62 million in 2012, double the previous year’s level.

Some of the super claims are true: Açaí berries, native to the Amazon rainforest, and goji berries, produced mostly in northern China, are indeed loaded with phytochemicals, plant compounds that seem to protect us from heart disease, brain deterioration, and cancer. And quinoa, the seed of a spinachlike plant grown in the Andes, really does offer a complete, high-quality vegetarian protein. Other boasts are, well, less true: Açaí and goji berries are not really miracle cures for everything from obesity to sexual dysfunction. Indeed, in 2006, the Food and Drug Administration reprimanded two different goji product manufacturers for making unsubstantiated health claims in violation of the Federal Food, Drug, and Cosmetic Act.

Nor do all superfoods come from the pristine places that their packaging would suggest. One prominent US goji supplier, Navitas, calls its berries a “Himalayan superfruit,” but the company’s website reveals they’re a product of China, grown in the “lush, fertile valleys of the Ningxia Province.” That’s nowhere near Tibet—and, it turns out, most of the world’s goji berries hail from industrial fields in this region.

Worse than superfoods’ origin myths, though, are their effects on the people in their native regions. In 2009, at the height of the açaí berry hype, Bloomberg News reported that the fruit’s wholesale price had jumped 60-fold since the early 2000s, pricing the Amazonian villagers who rely on it out of the market. In the Andes, where quinoa has been cultivated since the time of the Incas, price spikes have turned a one-time staple into a luxury, and quinoa monocrops are crowding out the more sustainable traditional methods.

If that doesn’t faze you, perhaps this will: Quinoa may deliver a complete protein—all of the amino acids you require—in a compact package, but rice and beans together actually do better. And like goji berries, blueberries and strawberries are packed with phytochemicals. The only problem is that lacking an exotic back story, food marketers can’t wring as exorbitant a markup from these staples: The domestic blueberry, for example, is periodically (and justifiably) marketed as a superfood, and in 2012, products featuring blueberries as a primary ingredient saw their sales nearly quadruple. But they only raked in $3.5 million—less than 2 percent of açaí-based product sales.

Yes, the food industry’s hawkers have a tough job—and you can make it even tougher. The real superfoods are lurking exactly where marketers don’t want you to look: in produce sections, bulk food aisles, and backyard gardens. Not quite as exotic as the Himalayas. But then again, neither are those industrial plots in China where goji berries actually come from.