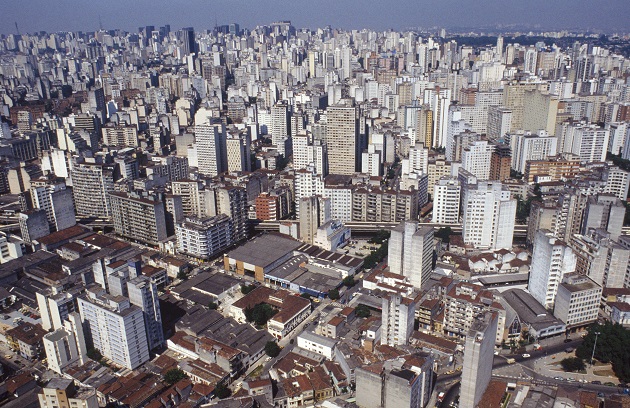 A view of Sao Paulo, Brazil, one of the world's largest megacities with nearly 20 million people.Giuliano Colliva/Zuma Press

Today, as the United Nations’ Intergovernmental Panel on Climate Change releases its latest megareport, averring a 95 percent certainty that humans are heating up the planet, there’s an unavoidable subtext: The growing number of humans on the planet in the first place.

The figures, after all, are staggering: In 1900, there were just 1.65 billion of us; now, there are 7.2 billion. That’s more than two doublings, and the next billion-human increase is expected to occur over the short space of just 12 years. According to projections, meanwhile, by 2050 the Earth will be home to some 9.6 billion people, all living on the same rock, all at once.

So why not talk more about population, and treat it as a serious issue? It’s a topic that Mother Jones has tackled directly in the past, because taboos notwithstanding, it’s a topic that just won’t go away.

The bestselling environmental journalist Alan Weisman agrees. In this episode of Inquiring Minds (click above to stream audio), he explains why, following on his 2007 smash hit The World Without Us, he too decided to centrally take on the issue of human population in his just-published new book Countdown: Our Last, Best Hope for a Future on Earth? 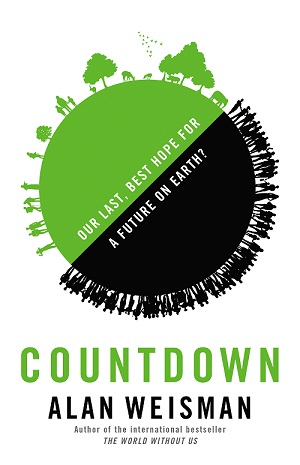 The new release by Alan Weisman, bestselling author of The World Without Us. Little, Brown & Co.

“Population is a loaded topic, and people who otherwise know better, great environmentalists, often times are very, very timid about going there,” Weisman explains on the podcast. “And I decided as a journalist, I should go there, and find out, is it really a problem, and if so, is there anything acceptable that we can do about it?”

The World Without Us imagined a planet rapidly returning to a natural state in the absence of humans. Where that book represented an ambitious thought experiment, Weisman’s new book is an experience. He traveled to 21 countries—from Israel to Mexico, Pakistan to Niger—to report on how different cultures are responding to booming populations and the strain this is putting on their governments and resources.

Strikingly, he found that countries are coping (or not coping) with this problem in vastly different ways. For instance:

• Pakistan: Current population: 193 million. “By the year 2030, they’re going to have about 395 million people,” Weisman says. “And they’re the size of Texas.” (Texas’ population? Twenty-six million.)

• The Philippines: Current population: nearly 105 million. “As the rest of the planet’s population quadrupled in a century, the head count here quintupled in half that time,” Weisman writes in Countdown.

• Iran: Current population: nearly 80 million. Yet unlike Pakistan and the Philippines, Weisman says, Iran managed its population growth with “probably the most humane program ever in the history of the planet. They got down to replacement rate a year faster than China, and it was a totally voluntary program. No coercion at all.” (Note, though, that as Weisman explains in his book, there was one Iranian government “disincentive” to having a large number of children: “elimination of the individual subsidy for food, electricity, telephone, and appliances for any child after the first three.”) 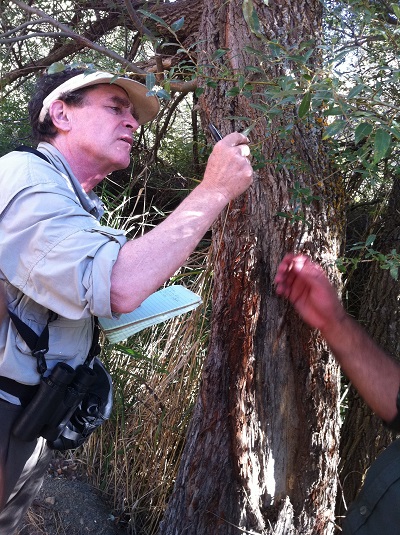 Weisman is well aware of the controversy his book invites. In particular, political libertarians are very fond of refuting the concerns of population crusaders, from the Reverend Thomas Malthus to the ecologist and Population Bomb author Paul Ehrlich, with the claim that human ingenuity has a history of proving them wrong. The key episode: the Green Revolution of the late 1960s, led by plant geneticist Norman Borlaug, in which dramatic new agricultural technologies and crop strains were credited with averting what might otherwise have been mass famines.

But Weisman has his response ready (he chronicles Borlaug’s life and triumphs in the book). “Everybody says that Norman Borlaug, the great plant geneticist, he disproved Malthus and Ehrlich forever,” he explains. “It’s kind of cherry-picked, because the part that they neglect to add, Norman Borlaug’s Nobel acceptance speech, he didn’t sit there congratulating himself—as he was congratulated by others—for saving more lives than any other human in history. He said, ‘We have bought the world some time, but unless population control and increased food production go hand in hand, we are going to lose this.'”

So what’s Weisman’s solution? Importantly, he is no supporter of coercive population control measures such as China’s infamous one-child policy. Rather, Weisman makes a powerful case that the best way to manage the global population is by empowering women, through both education and access to contraception—so that they can make more informed choices about family size and the kind of lives they want for themselves and their children.

“The libertarians are going to like the solution that ultimately comes up,” Weisman says. “And that is, letting everybody decide how many children they want, which means giving every woman on Earth—and then every man, because male contraceptives are coming—giving them universal access to contraception, and letting them decide for themselves.”

You can listen to the full show here:

This episode of Inquiring Minds also features a discussion of the latest myths circulating on global warming, and the brave new world of gene therapy that we’re entering—where being rich might be your key ticket to the finest health care.