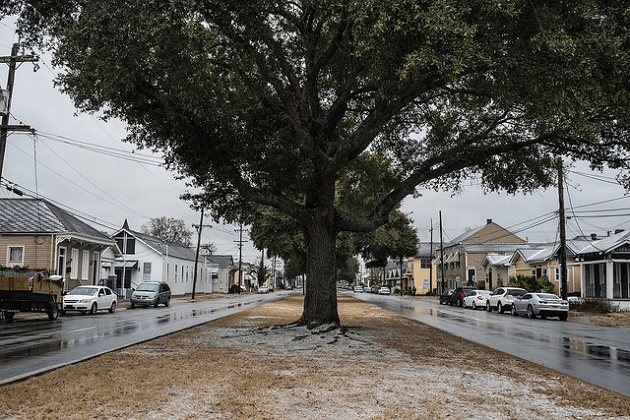 
This article originally appeared at Slate and is reproduced here as part of the Climate Desk collaboration.

Earlier this month, squeals of delight (and/or searing pain) gripped much of the country as we were collectively introduced to the wonders of the polar vortex. But now the novelty’s over, and for the second time this month, an extreme weather pattern is sending Arctic weather toward the Deep South.

An uncommonly sharp kink in the jet stream is partly responsible for plunging more than half of the United States into the freeze. Meanwhile, (and for the same reason), Alaska is toasty warm. But we’ll get to that in a minute. 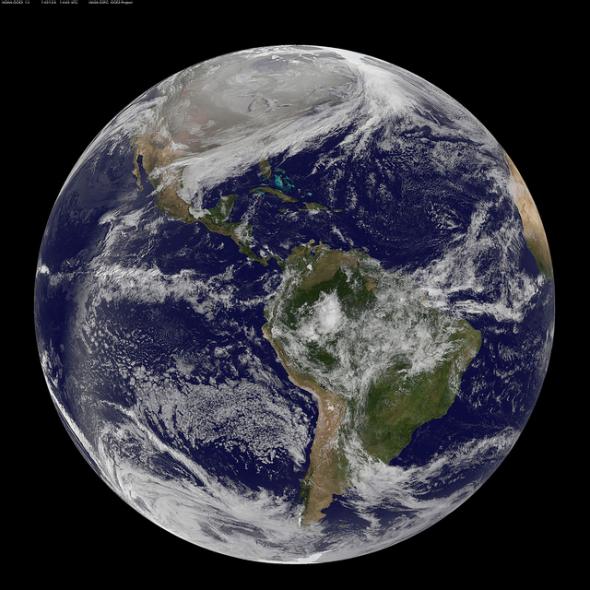 Much of Alabama is currently under a “civil emergency” due to snow and ice. Interstates have been shut down, and traffic in Atlanta has slowed to a crawl. It’s almost like people there don’t know what to do anymore when winter arrives. #sneauxmageddon is already shutting down New Orleans, and nearly a foot of snow is on tap for the Carolinas by Wednesday morning. The bread and milk purveyors at Piggly Wiggly must be loving this, assuming they’ll be able to keep stores open.

Wind chills have already dipped below freezing all the way south to the Mexican border, and more than a half-inch of ice could cause widespread power outages from Mobile, Ala. across the Florida panhandle.

How’d we get to this point? Here’s the science.

A good measure of the magnitude of jet stream irregularity is the Arctic Oscillation, an indicator of short-term climate variability that, roughly speaking, tracks the strength of the jet stream. In extreme cases, like this week, the circumpolar jet stream—which typically locks the coldest of the cold air up by the North Pole where it belongs—can slow down and spill Arctic frigidity southward. The current Arctic Oscillation is even more negative than during the first polar vortex cold snap, earlier this month.

Research hints that this type of pattern can be triggered by the recent massive loss in Arctic sea ice due to the effects of human-induced climate change. One recent studywhich attempted to explain this counterintuitive “Warm Arctic—Cold Continents” phenomenon during similar patterns in the 2009-‘10 and 2010-‘11 winters called it “a major challenge” to understand, though the pattern is “consistent with continued loss of sea ice over the next 40 years.” Bottom line: Something weird is going on, but scientists are still trying to nail down exactly what it is.

In preparation for Tuesday’s polar weather, meteorologists have started a massive crash course in winter weather safety, lest millions of poor wayward souls abandon all hope for any shred of common decency (think: cats and dogs living together).

One such meteorological hero, Nate Johnson of WRAL-TV in Raleigh, N.C., sent out this helpful tip via Facebook:

“Best advice: By dinnertime tonight, be where you want to be (with whatever you need to have) through at least Thursday.”

Back in the day, cold weather wasn’t so rare down South. Earlier this month, Climate Central did an excellent survey of the dwindling frequency of extreme cold weather across the country, which even got picked up in an xkcd Web comic. 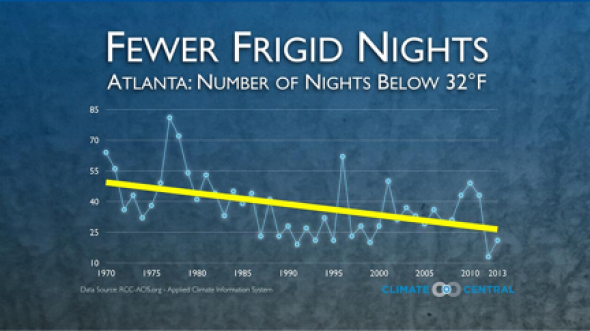 Which brings us back to Alaska, where it’s currently more than a dozen degrees warmer than New Orleans. On Monday, Seward, Alaska hit 61 degrees and broke its daily record high by more than 20 degrees. Webcams across the southern part of the state showed snow melting down to bare ground over the weekend, with all-time January record high temperatures crushed and warm rain falling over the dwindling snowpack. As a result, the snow melted so fast that it triggered massive avalanches, cutting off the town of Valdez. A nearly unbelievable helicopter video went viral, showing the extent of the snow slide.

In comparison, Tuesday night’s snow dumping probably won’t even break the currentdaily record in Raleigh, where the biggest ever snowfall on Jan. 28 was 7.5 inches way back in 1899.

The current extreme warmth in Alaska is more typical of April and is essentially being stolen from California by the abnormally persistent jet stream that has dominated the winter so far.

Alaskans, break out the T-shirts, and Southerners, hunker down. Looking forward for the next week or two, there doesn’t seem to be any end in sight.