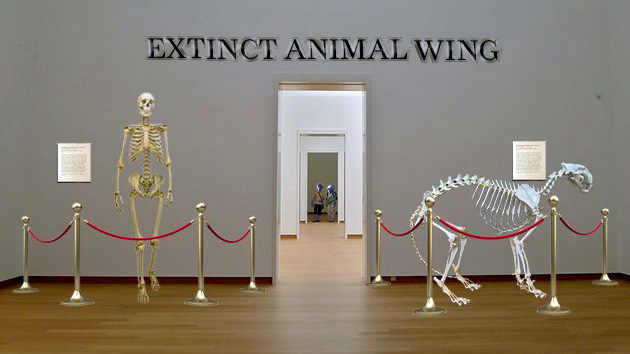 Things have been pretty boring, extinction-wise, since an asteroid killed off the dinosaurs 66 million years ago. Until humans came along, that is. Most folks might not know it, but there’s an mass extinction happening right before our eyes, and guess who is causing it? To better understand this madness, The New Yorker‘s acclaimed climate journalist and author Elizabeth Kolbert clomped through the tropics, crawled into the caves at Lascaux, and emerged with a new book, The Sixth Extinction, which will be published by Henry Holt & Co. on February 11.

Kolbert’s book brims with the fascinating and harrowing details of humanity’s brutal and pervasive impacts on other species. Did you know, for instance, that “before humans finally did in the Neanderthals, they had sex with them”? Well, they did. And as a result, Kobert writes, most of us are part Neanderthal—up to 4 percent.

No matter what Donald Trump says, it’s clear that global warming is rapidly changing conditions on our planet. But there are other large-scale effects at play. For instance, acidification of the oceans and rampant deforestation, both human-caused, are putting serious strain on ecosystems, and some of them are on the verge of crashing. As one ecologist put it, “We’re busy sawing off the limb on which we perch.”

Ultimately, Kolbert says, humans, too, will go extinct. I recently reached the author at home in western Massachusetts to get a better grasp on the scale of the problems our descendants will face.

Mother Jones: I was fascinated by your discussion of the “perception of incongruity,” and how humans create more and more elaborate explanations to account for contradictory evidence. Where does this turn up in the modern debate on extinction?

Elizabeth Kolbert: Even very smart people can try to shoehorn new information that just doesn’t fit into an existing paradigm. For a long time the story that we’ve been telling ourselves is that humans are just another animal. We evolved from other animals and our place in the universe isn’t particularly special. What I’m trying to convey in the book is that we are unusual. We turn out to be the one species altering the planet like this, and that puts people back in the position of being responsible for what happens. There’s a big resistance to the idea that we could be such a big deal. The Earth is big. There are huge natural forces that have worked over geological time. But it turns out, when you look carefully at the geological time, you can’t find anything like us. 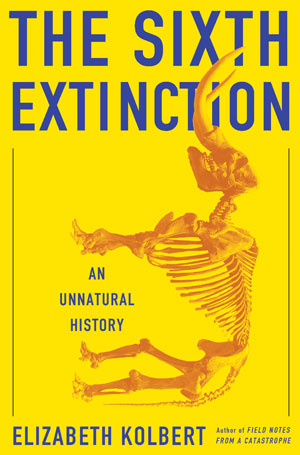 MJ: Is it still the case that we don’t have a general theory of mass extinction?

MJ: So even though it appears cyclical…

EK: It is not cyclical at all! That whole idea has been debunked. It’s completely random as far as we can tell.

MJ: The people you came across during your investigation bring so much expertise and color to the book. What was your sense of their feelings toward the extinction? Alarm? Cynicism? Anger?

EK: That’s a really good question. I think alarm is a good word. I think there’s real sadness. If you’re a conservation biologist in many fields these days, you’re seeing your study subject disappear. People are in the position where they’re chronicling radical decline, and that is not a position that conservation biologists want to be in. Frustration would be another word. Things that evidently should be done are not being done. There’s also fascination. Grim fascination. We are seeing changes that should take thousands of years. That is amazing from a scientific point of view.

“If in your lifetime you watch a species plummet almost to the point of extinction, that is a sign that something really serious is going on.”

MJ: You write about a phenomenon called “overkill,” where first we killed off the megafauna—the large animals—and then the Neanderthals. If we accept the hypothesis that modern humans are responsible for the demise of these species, does that mean the sixth extinction has been happening ever since we came along?

EK: Yes. [Laughs.] How’s that for an answer? You know, we’ve been around for 200,000 years. Some people would say there’s even evidence that our ancestors were part of extinction in Africa, but I think that’s heavily disputed. It’s pretty widely accepted that the Australian megafauna were done in by people. That was 40,000 years ago. But when you look at the vast sweep of history, it will all be compressed down to this tiny little layer.

MJ: Given this timescale, it seems like an everyday person might struggle to grasp mass extinction, since you can’t actually see the degree to which it is happening in our time. How do you get around that?

EK: There’s this idea of shifting baselines. It was coined by a guy named Jeremy Jackson. It’s the idea that every generation takes what it sees, and says, “Okay, well, that’s the norm.” The fact that 100 years ago there were many more species? Well, that’s been erased because you weren’t here for that. That problem is really severe. Most of us live in parts of the world where we don’t expect to see much, and we wouldn’t necessarily notice things that are crashing. Bats are crashing, and if you’ve been watching even in one brief lifetime you would notice that there are many fewer bats. If in your lifetime you watch a species go extinct, or plummet almost to the point of extinction, that is a sign that something really serious is going on. 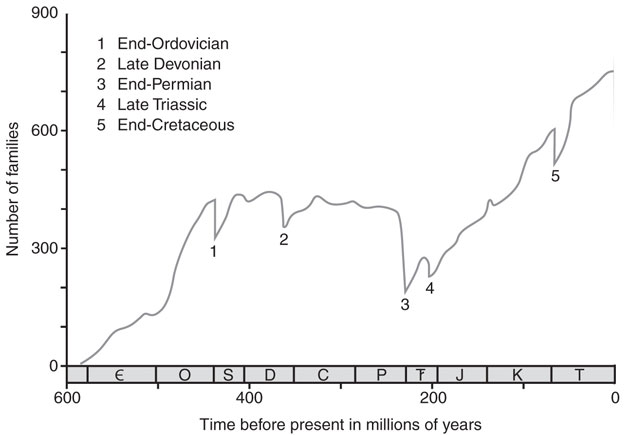 MJ: The book kind of shows us how these animals are getting screwed at every turn. In one chapter you write about how the world is changing in ways that force species to migrate, and at the same time creating barriers to that movement. Is this something of a perfect storm?

EK: We don’t entirely know yet. But if you’re asking in the abstract, “What could you do to really mess up a lot of species?” it would be hard to design a better system than the one we’ve got. Practically everything is on the move now, in some way, because of climate change. And they’re going to run up against all these man-made barriers. We’ve completely changed the rules of the game. The territory they’d like to move to just isn’t there.

MJ: After spending time with with Suci, the Sumatran rhino, you wrote about experiencing a “flicker of interspecies recognition.” Would you attribute part of the human callousness towards the plight of animals to a scarcity of that experience? 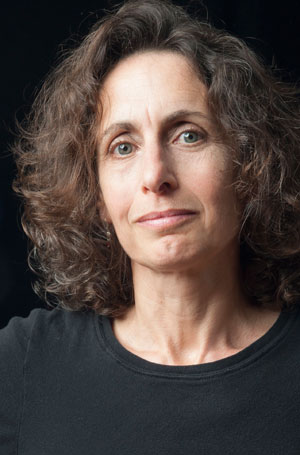 EK: Really interesting question. I don’t know the answer to that. We have all this Paleolithic art that suggests that our ancestors really venerated animals and that they depended on wild animals to survive—as opposed to domesticated animals that we depend on. Would it radically change things if we had more rhinos in our midst? I kind of suspect it would. You know, a rhino is a grand animal. And if we did have more experience with that, as opposed to factory-farmed cows…On the other hand, the colonists who came to this country and saw the amazing herds of buffalo and slaughtered them very close to the point of extinction, which seems impossible to imagine, because the herds were so great. So that would be countervailing evidence.

MJ: At one point, you note the possibility that “eventually travel and global commerce [will] cease.” What does that suggest about the future of humans on this planet?

EK: Humans will eventually become extinct. People treat that as a radical thing to say. But the fossil record shows us that everything eventually becomes extinct. It depends what “eventually” means. But the idea that were going to be around for the rest of global history…I don’t think there’s any scientist who would suggest that is true. It could be millions of years from now. We may leave descendants that are humanlike.

MJ: Is this book a call to action?

EK: I very carefully avoided saying what it was. What I’ve laid out requires action commensurate with the problem. We’re talking really huge global-scale change, and I did not feel that I had the prescription for that kind of action, so I’m going to leave it to the reader.