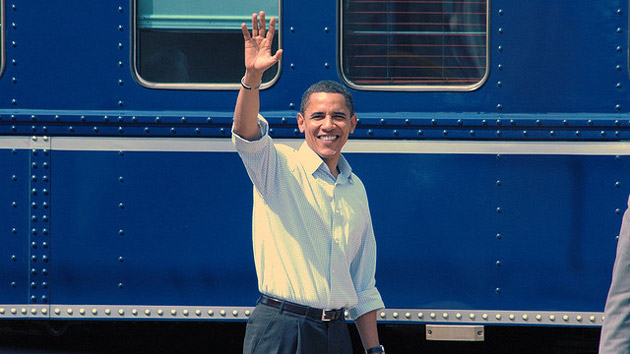 The problems all started with Newt Gingrich. For decades, federal transportation funding had been a bastion of bipartisanship: The gasoline tax served as a user fee for our roads, 20 percent of the revenue went to mass transit and the rest to highways, and everyone kept the system running so their districts could get what they needed. Then, in 1994, Gingrich led the right-wing Republican insurgency that took over the House of Representatives. They did not want to raise the gas tax, even to keep pace with inflation. They actually tried to repeal the previous gas-tax increase, from 1993. Hatred of the gas tax, like hatred of all taxes, soon calcified into Republican orthodoxy. Rather than increase the gas tax, President George W. Bush presided over a growing gap between our transportation needs and the revenue the tax generated.

And the problem has not been fixed under Obama. With Republicans currently controlling the House, Congress cannot pass a reauthorization of the surface transportation law that would address our nation’s growing transportation investment needs. Instead, they have retained the status quo through a series of short-term extensions and then, in 2012, a two-year authorization (normally the law is extended for six years) that maintained current funding levels by using general revenues to patch a shortfall in the Highway Trust Fund, which is supposed to be fully supported by the gas tax. That authorization expires this year, so some kind of transportation deal will have to be worked out in the coming months.

On Wednesday, Obama went ahead and laid out a progressive vision for a four-year transportation bill, despite the fact that Republicans will never go for it. It would boost transportation spending to a total of $302 billion over four years and reorient that spending in smart ways.

Historically, transportation funding has been doled out by the Department of Transportation to states according to formulas. But under the 2009 Recovery Act, the Obama administration pioneered the use of competitive grant-making with a program called TIGER (Transportation Investment Generating Economic Recovery). Like Obama’s famous Race to the Top education initiative, which incentivizes states to make education policy reforms, TIGER incentivizes local governments to make more efficient investments in transportation, such as building a transit hub near an affordable housing development.

Obama’s new transportation bill would invest $600 million over four years in the TIGER program, and more broadly prioritize spending on projects with the most potential to improve environmental efficiency, create jobs, or link transportation to housing. Similarly, road spending would be doled out on a “fix-it-first” basis, focusing on repairing existing roads rather than building new ones. Obama would also spend a combined $91 billion over the four years on mass transit and inter-city passenger rail. That’s a roughly 30 percent share. Environmentalists and smart-growth advocates are praising the proposal.

And yet Obama has neglected to offer a solution to the single biggest transportation policy problem of all: how to pay for it.

In his speech Wednesday, the president said he will augment the Highway Trust Fund, which is once again suffering a significant shortfall, with $150 billion over the four years by closing tax loopholes. But he has not even identified which loopholes he would close, and still House Speaker John Boehner (R-Ohio) declared the proposal dead on arrival in his chamber.

Obama and the congressional Democrats, never ones to capitalize on an opportunity when they could just blow it instead, failed to pass a reauthorization of the overdue transportation bill when they controlled Congress in 2009 and 2010. They spent some money on transportation infrastructure via the Recovery Act, but not enough, and they tossed around great ideas for how to spend a lot more money on a surface transportation reauthorization. But they were so scared of the public’s aversion to paying more at the pump that they did not suggest any gas-tax increases, or specific alternatives, to pay for it. And Obama’s new plan doesn’t either.

1. After decades of spending much more on roads than mass transit, we have a transportation infrastructure that’s totally at odds with what we actually need. It encourages driving and thus increases auto emissions, which worsen local air quality and climate change. It’s out of sync with trends in demographics and public preferences, which are leaning toward walkable urbanism and transit use, especially with an aging population. It’s also predicated on the availability of cheap oil, and thus is increasingly unaffordable as surging global demand boosts gasoline prices.

2. We have crumbling infrastructure. Many of our highways built in the middle of the 20th century are nearing the end of their natural lifespans, and our transit systems are dilapidated too. The American Society of Civil Engineers gives D grades to our highways and transit, and a C+ to our rail infrastructure. It notes, “Deficient and deteriorating transit systems cost the US economy $90 billion in 2010, as many transit agencies are struggling to maintain aging and obsolete fleets and facilities amid an economic downturn that has reduced their funding, forcing service cuts and fare increases.” And regarding highways, it says that while “federal, state, and local capital investments increased [in 2013] to $91 billion annually, that level of investment is insufficient and still projected to result in a decline in conditions and performance in the long term. Currently, the Federal Highway Administration estimates that $170 billion in capital investment would be needed on an annual basis to significantly improve conditions and performance.”

3. We have a big Highway Trust Fund shortfall. We haven’t raised the gasoline tax from its 18.4-cents-per-gallon rate since 1993, so in inflation-adjusted dollars, it has fallen by 40 percent since then. And as Americans drive less and their cars become more efficient, they consume less gasoline. The current surface transportation law calls for spending more money than the Highway Trust Fund is actually bringing in, because it is based on outdated estimates of gas consumption. This year there is a more than $16 billion gap between authorized spending and gas-tax revenues. That means the fund will be dry in August. Senate Environment and Public Works Committee Chair Barbara Boxer (D-Calif.) warned on Wednesday that without an infusion of cash, “obligations for new projects in 2015 would need to be reduced to zero.”

Even Boehner recognizes there is a problem. “We’ve got to find a funding mechanism to fund our infrastructure needs,” he told reporters Wednesday morning. “I wish I could report to you that we’ve found it, but we haven’t.”

We have! It’s called raising the gas tax.

Gasoline taxes are higher in every other developed country than they are in the US Obama complained in his speech on Wednesday that our international competitors spend more on transportation infrastructure than we do. These two phenomena are clearly connected, even though Obama refuses to draw that connection for the public. Why shouldn’t drivers be required to pay their fair share to maintain roads? Transit users pay fares to ride the buses and subways, in order to help cover the costs of building, maintaining, and operating those systems. Amtrak tickets, at least on the Northeast corridor, are obscenely expensive.

There are alternatives to raising the gas tax, of course. We could tax a related negative externality — like, say, carbon pollution — to pay for our infrastructure needs. But in order to do that, you need to accept the science of global warming and the necessity of taxation, and Republicans don’t accept either. When Boehner says they haven’t found a funding mechanism, what he means is that he hasn’t found a funding mechanism that he can corral his recalcitrant caucus to support.

If Republicans are going to reflexively block whatever Obama puts forward anyway, he should go ahead and propose an intelligent funding mechanism — a higher gas tax, a carbon tax, what have you — that will provide enough income over the long term to build the kind of modern transportation system the country needs. If you can’t pass good legislation, at least promote good ideas.