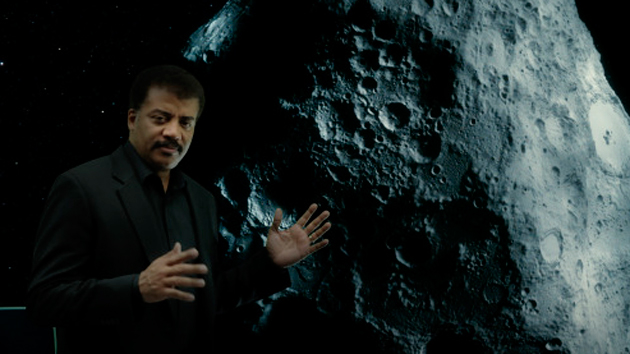 Neil Tyson explains how comets work on the latest installment of Cosmos.Photo courtesy of Fox

Last night, Fox’s Cosmos series yet again waded into a bizarre politico-scientific controversy. This time, though, it wasn’t about evolution, or climate change, or even the Big Bang.

No. This time, it was about comets.

The Cosmos episode was about what comets are, and why they are not, as humanity believed until quite recently, evil omens. Before the age of science, explained host Neil deGrasse Tyson, “comets were portents of doom” across cultures. Tyson also pointed out that the word “disaster” itself means “bad star” in Greek. The show then dove into the history of science to tell the story of Edmund Halley, who realized how comets work and that the comet that now bears his name returns roughly every 75 years (most recently in 1986; next up, 2061). Halley also inspired Sir Isaac Newton to publish what may be the most important book ever in the history of science, the Principia Mathematica.

So why does the science of comets irk some creationists? 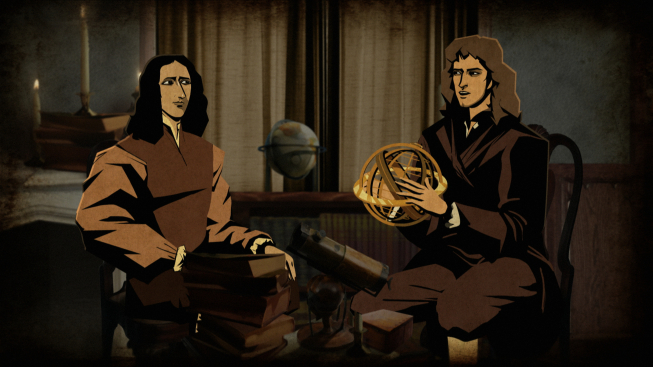 Edmund Halley and Isaac Newton hanging out on Cosmos Fox

To understand that, you first need to understand that Young Earth creationists don’t just deny the science of evolution; they deny all science that suggests that either our planet or anything else in the universe is more than a few thousand years old. That includes comets, of course, many of which are not exactly young.

On the latest Cosmos, Tyson explained that some comets come from the Oort Cloud, an extremely distant region of icy bodies far beyond Pluto, but still in orbit around our sun. There are as many as 2 trillion of these frozen objects, and occasionally, one will get knocked off its course and travel on a very long journey into the inner part of the solar system. As an object nears the sun and heats up, the sublimation of ice and gases give it a tail, and if it is close enough to Earth, we see it as a comet. Other comets, meanwhile, come from the Kuiper Belt, the neighborhood of Pluto, which also contains a huge number of icy bodies.

But here’s the problem for creationists: According to NASA, “The objects in the Oort Cloud and in the Kuiper Belt are presumed to be remnants from the formation of the solar system about 4.6 billion years ago.” The Oort Cloud extends from about 5,000 to 100,000 astronomical units (AU) from the sun, according to NASA, where each AU is equal to the distance between Earth and the sun, or 93 million miles. That means that it also takes these comets very long periods of time to travel into the inner solar system, earning them the name of “long-period comets.”

Comets that are vastly older than creationists believe all of creation to be present a bit of a problem. Hence, if you visit the website of creationist Ken Ham’s Answers in Genesis and search for “Oort Cloud,” you will find multiple articles providing a creationist take on the origins and nature of comets. In one of them you will find the assertion that there is “zero observational evidence that the Oort cloud exists,” followed later by this observation: “but if the solar system is only thousands of years old, as God’s Word clearly teaches, there is no problem.” In another article, you get this:

Actually the Oort cloud, like Peter Pan’s Neverland, has never been observed. The Oort cloud was imagined to provide a birthplace for new comets, since comets like ISON could not exist in a billions-of-years-old universe without some renewable source. The Oort cloud is thus a convenient fiction, but a fiction nonetheless.

In other words, the problem for creationists is the idea that comets are ancient and are sometimes traveling vast distances, from the Oort Cloud, into the inner solar system, a journey that would take a huge amount of time. Now you see why the Oort Cloud is such a threat to their worldview. 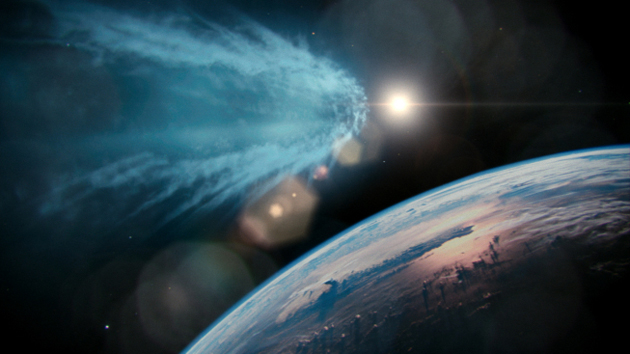 But of course, creationists are wrong, wrong, wrong. If you want an extensive rebuttal of creationist claims about comets, go here. The gist: We have plenty of evidence for the existence of both the Oort Cloud and, especially, of the Kuiper Belt. The Oort Cloud is more distant and dark, and not easily observed. However, notes one NASA site, it is “the best theory to explain how long-period comets exist.”

Anyway, it’s not as if creationists are denying the existence of the Oort Cloud after a careful consideration of the evidence. Rather, they start from an impossible theory, and then dismiss evidence inconsistent with it. What’s truly sad is the smallness of the universe that therefore results.

UPDATE: We got a comment from astronomer and Slate blogger Phil Plait about creationists and comets (and how wrong the former are about the latter). Here it is, in its entirety:

One of the funny things about believing the Earth is young is that sometimes there’s a consistent internal logic to it. That doesn’t mean it’s right, just that it’s self-contained. In this case, astronomers see comets coming in every few months from deep space. We assume there has to be a repository of billions or trillions of them out there, or else we would’ve run out of them long, long ago — that’s because we assume the Earth is old, billions of years old. So the Oort Cloud is where we think those comets are. If you assume the Earth is 6000 years old, you don’t need an Oort cloud to supply you with comets, so some creationists deny it exists.

Problem is, if the Oort cloud is there, then the physics of it demands there should be an intermediate population, out just past Neptune; thousands or millions of icy bodies a few miles across. And lo, we found it: the Kuiper Belt. Quite a few denizens of it have been seen.

So once again, science was right, and creationism wrong. The Earth is old, the Kuiper belt exists, and the Oort Cloud must as well. But somehow I don’t think this rock-solid proof of science will change any creationists’ minds, any more than the thousands of other such pieces of evidence routinely denied by those who feel that reality must bend to belief, and not the other way around.

On a recent episode of the Inquiring Minds podcast, we were thrilled to host Cosmos‘ Tyson, who explained why he doesn’t debate science deniers; you can listen here (interview starts around minute 13):