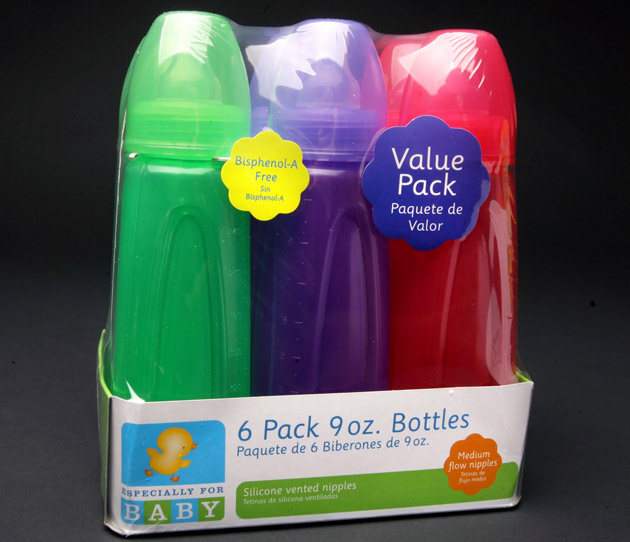 Since the 1990s, a vast body of research has linked BPA and other chemicals found in plastics to serious health problems, ranging from cancer to infertility. But the industry—often using tactics pioneered by Big Tobacco as it sought to bury evidence about the health risks of smoking—has managed to shield these substances from federal regulation. ?How did Big Plastic bring regulators to heel? Read on.

1937: Forty-six years after bisphenol A (BPA) is first synthesized, researchers discover that it acts like the hormone estrogen.

1988: The EPA sets a safety threshold of 50 micrograms per kilogram of body weight per day, still its standard.

1996: Congress requires the EPA to screen 80,000-plus chemicals for endocrine-disrupting effects and report back by 2000. The EPA convenes an advisory panel that includes industry scientists, some with Big Tobacco ties.

1998: Tobacco companies agree to curtail their deceptive marketing. Many tobacco scientists and consultants go to work for the plastics industry.

1998: The Consumer Product Safety Commission strikes a voluntary deal with manufacturers to remove some phthalates—endocrine-disrupting chemicals used to soften plastics—from pacifiers and teethers.

2005: Vom Saal publishes a paper showing 90 percent of government-funded studies find very low doses of BPA are harmful, yet not a single industry-funded study does.

Nov. 2006: The NIH helps to convene 38 scientists to evaluate BPA. It concludes 95 percent of humans have BPA exposure “within the range” associated with disease in animals and find “great cause for concern.” Nevertheless, the NTP publishes a draft assessment (PDF), written largely by Sciences International, that downplays the evidence.

May 2007: The Dallas Morning News reports that the EPA’s Endocrine Disruptor Screening Program may be a “misleading $76 million waste.”

Nov. 2007: The NTP’s final report expresses “some concern” about BPA’s effect on the brain and behavior but overlooks links to other diseases.

Feb. 2008: The FDA admits to Congress that its assurances about BPA’s safety were based mostly on two industry-funded studies.

April 2008: Canada decides to label BPA a “dangerous substance” and ban it from baby products. Major US retailers say they will stop selling bottles and sippy cups that contain it.

Oct. 2008: As attorneys general in three states call on baby bottle and formula makers to quit using BPA, the Milwaukee Journal Sentinel reveals that a draft FDA assessment finding it safe was penned partly by industry lobbyists. Meanwhile, an Eastman study finds that one of Tritan’s ingredients is likely more estrogenic than BPA.

June 2009: Reps. Bart Stupak (D-Mich.) and Henry Waxman (D-Calif.) ask the FDA to reconsider its ruling that BPA is safe.

Jan. 2010: The FDA reiterates that it considers the “current low levels of human exposure to BPA” safe.

Sept. 2010: A California bill banning BPA in baby products is defeated. According to its sponsor, “highly paid lobbyists” argued that “food production plants in their districts would close even though those plants do not produce any baby products.”

Nov. 2010: The American Chemistry Council successfully lobbies the Senate to strike down a proposed ban on BPA in baby bottles.

March 2011: A CertiChem study published by an NIH journal finds “almost all” plastic products tested are estrogenic. Eastman claims, falsely, that the EPA has rejected CertiChem’s testing method. The American Chemistry Council and Society of the Plastics Industry pay a former tobacco scientist $15,000 to write a letter to the journal’s editor refuting CertiChem’s findings.

May 2011: The EPA’s inspector general reports that the agency’s Endocrine Disruptor Screening Program, which was supposed to be implemented by 2000, has yet to develop “a management plan laying out the program’s goals,” let alone fully vet any chemicals.

March 2012: A research review finds “substantial evidence” that low doses of endocrine disruptors “are associated with human diseases.” It concludes that “fundamental changes” to the way we test and regulate chemicals are “needed to protect human health.”

July 2012: At industry request, the FDA bans BPA in baby bottles, while maintaining the chemical is safe.

Aug. 2012: Eastman files a false-advertising lawsuit against CertiChem and asks the court to gag the lab.

July 2013: A federal jury rules against CertiChem, concluding the company falsely asserted that Tritan is estrogenic. The judge bars it from discussing its findings.

Sept. 2013: The EPA withdraws a three-year-old proposal to label BPA and other endocrine disruptors found in plastic as “chemicals of concern.”