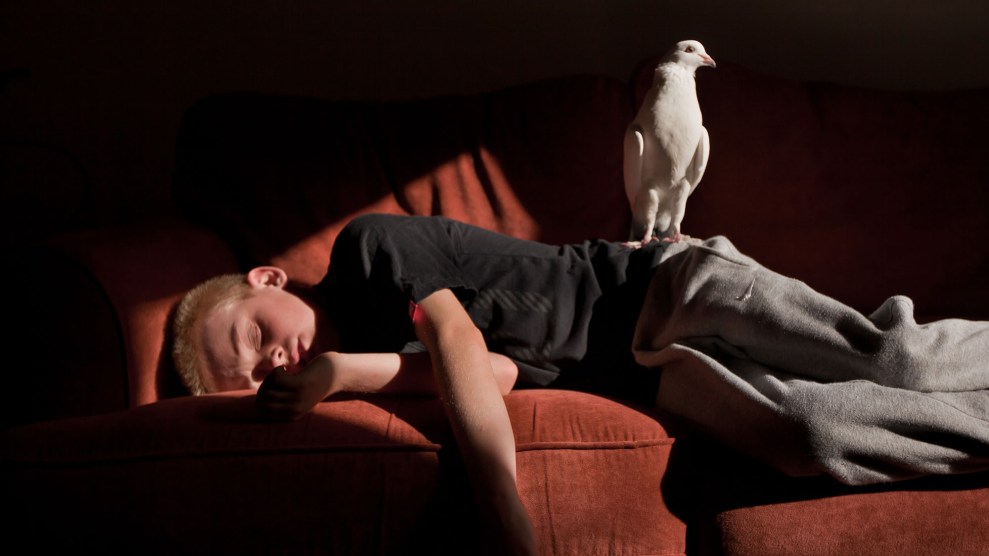 Connor Ross, from the Restilrig housing scheme in Edinburgh, was introduced to doo flying by friends. "Doo" is the Scottish word for horseman thief pouter pigeons. Photos by: Robert Ormerod/Statement Images/Redux

For the doo fliers of Scotland, keeping pigeons isn’t just about having the fastest or finest birds. It’s about stealing your fellow fanciers’ doos (male pigeons—horseman thief pouters, in particular) and hens, enlisting your own sex-starved flock as bait. “Men and women of all ages fly against neighbors, friends, or relatives and have been doing so for hundreds of years,” explains Robert Ormerod, whose luminous photographs capture a hobby that offers an escape from the mean streets of Edinburgh and Glasgow with an endless aerial battle. 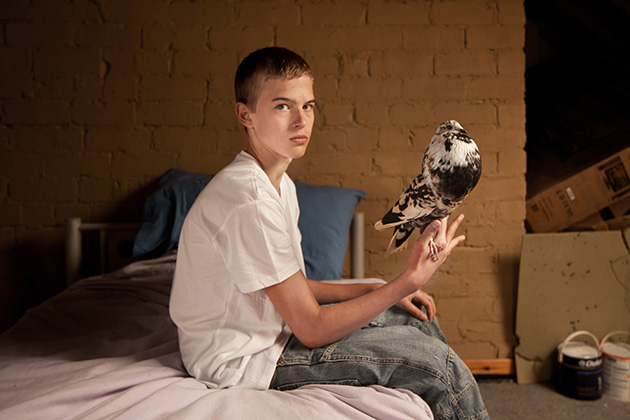 Dylan Leppage with one his doos in his room in the Sighthill area of Edinburgh. Dylan’s stepfather encouraged his interest in doos after he was expelled from school. Some families have flown pigeons for generations. 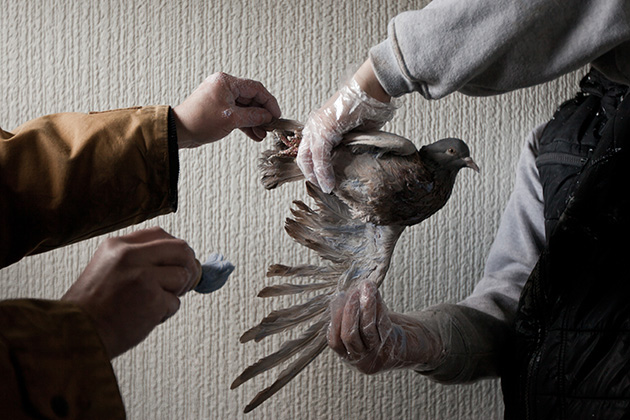 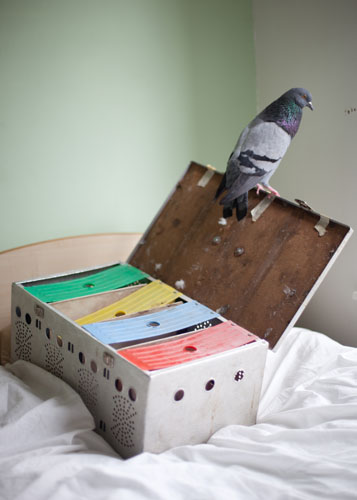 A pigeon sits on a carrying box. In the housing schemes of Edinburgh and Glasgow, doos are flown from lofts, sheds, bedrooms, and living rooms. 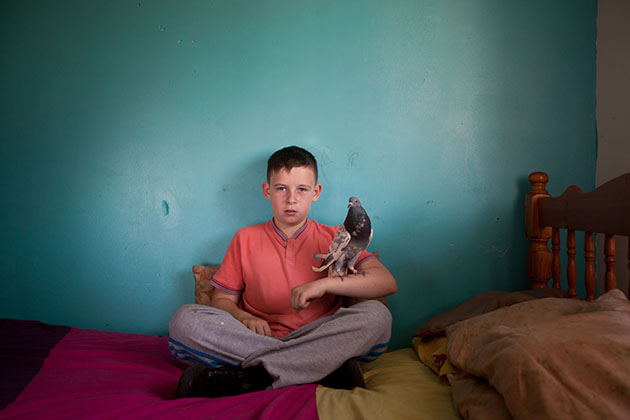 Billy Casment, 12, at his home in Niddrie. 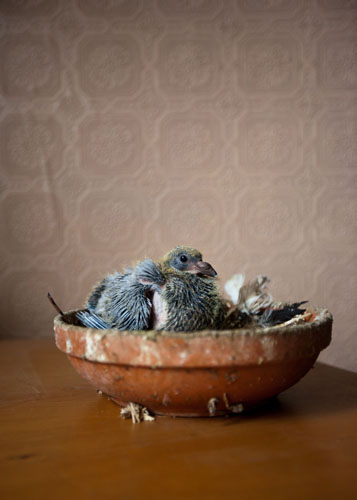 A baby pigeon. Doomen tell stories of pigeon fliers who eat and sleep with their birds and even those who have left their wives or girlfriends for their flocks. 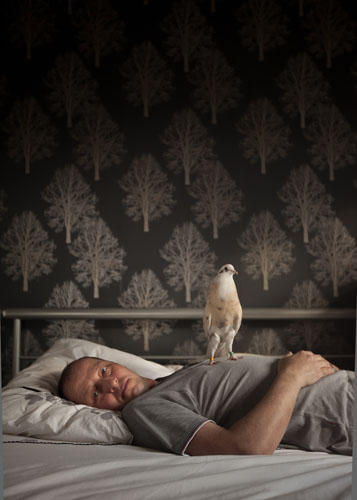 Paul Smith, 43, with one of his birds in the Muirhouse area of Edinburgh. Paul found solace in flying pigeons after his 17-year-old son was stabbed and killed during an argument. 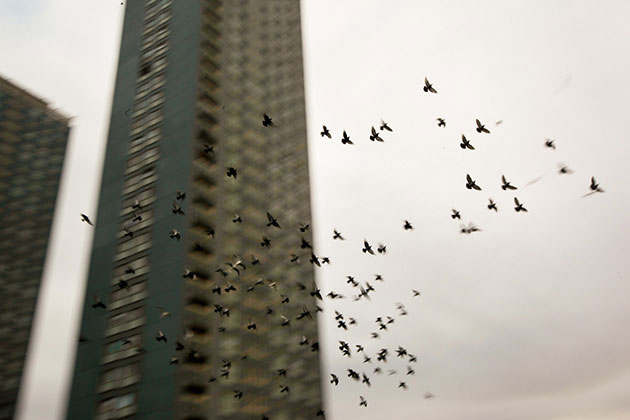 Pigeons fly near a high-rise apartment building in Glasgow