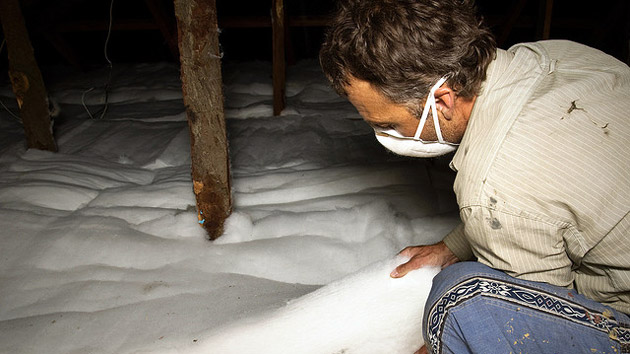 The latest series of reports from the United Nation Intergovernmental Panel on Climate Change warned in stark terms the catastrophic consequences of the world’s governments’ decades-long foot-dragging on limiting greenhouse gas emissions.

But what can you do? For one thing, fix up your damn house. That furnace, from the Reagan era, the inefficient water heater, the drafty windows? They’re directly contributing to climate change. Homes consume 22 percent of the US’s energy and, along with commercial buildings, account for 10 percent of the United States’ greenhouse gas emissions.

The chances of the US government enacting a carbon tax, emissions trading scheme or taking other sweeping action to tackle climate change may be next to nil. But thanks to an innovative new initiative from financial conglomerate Citi, the Pennsylvania state treasury and non-profits, homeowners across the country soon will be able to tap a $100 million fund to instantly secure low-cost loans to do everything from installing solar panels on their roof to replacing that roof. Contractors will authorized to offer the loans, meaning no need to deal with state or local bureaucrats who will administer the program.

It’s just another example of how financial innovation has become key to getting the green tech innovations dreamed up in Silicon Valley into the hands of homeowners as well as prompting them to undertake low-tech efforts like insulating their attics.

Renewable Funding later this year will begin to securitize the loans–called Warehouse for Energy Efficiency Loans, or WHEEL–and sell the securities to pension funds and other investors. That will generate a cash flow to fund further energy efficiency improvements.

“What we’ve set up is an indefinitely scalable program,” says DeVries. “We can purchase loans and securitize them and the more we do it, the cheaper the funds become. This has no limit to its capacity.”

It will certainly need to scale. According to a 2009 McKinsey study it’ll take $229 billion to cut home energy use by about a third.

Still, until WHEEL most homeowners faced with spending five figures on just replacing their windows either had to tap home equity lines or their high-interest credit cards to pay for such improvements. And people tend to make energy efficiency fixes piece-meal, replacing the hot water heater when it breaks, for instance.

The availability of a five, seven or 10-year loan would encourage people to obtain energy audits and comprehensive upgrades to their homes. The payoff is lower energy bills that would help pay back the loans.

Three years in the works, WHEEL is based on a successful Pennsylvania program and initially is available in that state and Kentucky. DeVries expects California and other states to be added by the end of 2014 with nationwide coverage in 2015.