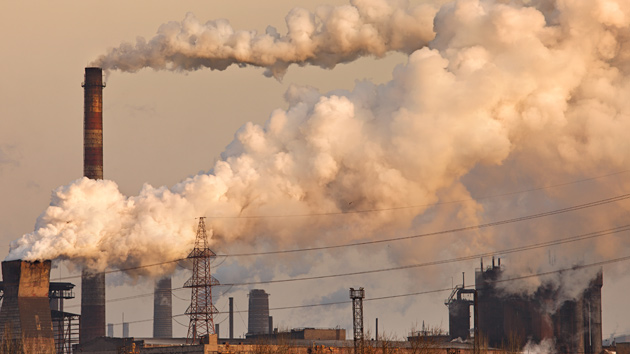 The latest IPCC report is out, and the news is not happy.

The chair of the Intergovernmental Panel on Climate Change, Rajendra Pachauri, called today’s report the “strongest, most robust and most comprehensive” to come out of the IPCC, which has been tracking climate change since 1988. It is “yet another wake-up call to the global community that we must act together swiftly and aggressively,” the White House said in a statement.

The report’s language is stronger than in years past: Warming is “unequivocal,” and the changes we’re seeing are pervasive, it states clearly. We must take action quickly to cut our dependence on fossil fuels, it warns. If we don’t, we’ll face “further warming and long-lasting changes in all components of the climate system, increasing the likelihood of severe, pervasive and irreversible impacts for people and ecosystems.”

As we explained last week, you may be experiencing déjà vu—that’s because there have been three IPCC reports released since September 2013. Today’s is the final installment in this cycle of reports; called the synthesis report, it’s intended to summarize and clarify the three that came before. All the parts together form the complete Fifth Assessment Report, or AR5, a comprehensive look at climate change of the sort that hasn’t been released since 2007.

Everyone involved hopes the research summarized within will guide political leaders and UN negotiators as they try, over the next year, to cut an emissions-reducing deal and save us all.

Though this report is breezy by IPCC standards, coming in at a mere 116 pages with a 40-page summary for policymakers, we boiled it down a bit more. Here, with some charts, are 10 key things to take away—many of them familiar from the IPCC installments that have come out over the past 13 months.

1. We humans really, truly are responsible for climate change, and ignoring that fact doesn’t make it less true. “Human influence on the climate system is clear, and recent anthropogenic emissions of greenhouse gases are the highest in history,” the report states. The atmospheric concentration of key greenhouse gases—carbon dioxide, methane, and nitrous oxide—is “unprecedented in at least the last 800,000 years,” the report warns, and our fossil-fuel driven economies and ever-increasing population are to blame.

2. Climate change is already happening. Each of the past three decades has been warmer than the last, and warmer than any decade since we started keeping records. Sea levels are rising. Arctic ice cover is shrinking. Crop yields are changing—more often than not, getting smaller. It has been getting wetter, and storms and heat waves are getting more intense. 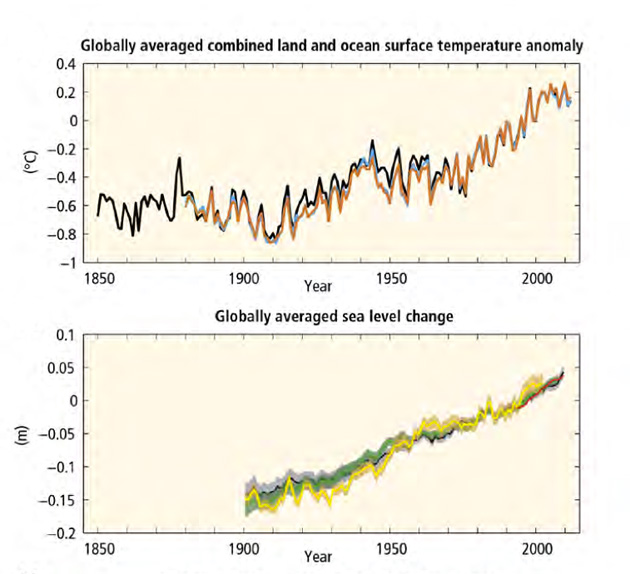 3. …and it is going to get far worse: “Heat waves will occur more often and last longer…extreme precipitation events will become more intense and frequent in many regions. The ocean will continue to warm and acidify, and global mean sea level to rise,” the report states. If we stick to our current path, we could see 3.7 to 4.8 degrees Celsius of warming—or even more—by the end of the century. 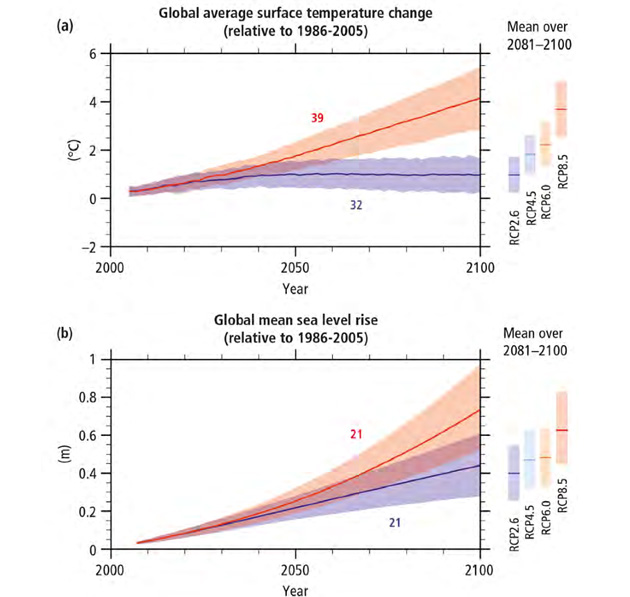 4. Much of recent warming has been in the ocean. About 90 percent of the energy that has gone into the climate system since 1971 went into the ocean. That means a warmer, expanding ocean, which fuels stronger storms. It also means rising sea levels and eroding coastlines.

5. The ocean is also becoming more acidic. By taking in so much of the carbon dioxide that humans have been spitting out since the industrial revolution, the ocean has become 26 percent more acidic and its pH level is falling. Scientists think this could have widespread and severe effects on marine life—increasingly, ocean acidification is being referred to as the “other CO2 problem.”

7. Plants and animals are even more vulnerable than we are. As climates shift, entire ecosystems will be forced to move, colliding with one another. Many plants and small animals won’t be able to move quickly enough to keep up, if global warming marches forward unabated, and will go extinct.

8. We must switch mostly to renewables by 2050, and phase out fossil fuels by 2100. To avoid the most damaging and potentially irreversible impacts of climate change (e.g., from the report: “substantial species extinction, global and regional food insecurity, consequential constraints on common human activities, and limited potential for adaptation”), we’ll need to make sure our greenhouse gas emissions are cut severely by the middle of this century. We should aim for “near zero emissions of CO2 and other long-lived GHGs by the end of the century.”

This graph shows how much our emissions could go up or down under different emissions scenarios:

9. We already have the answers we need to tackle climate change. We have the necessary technologies available, and economic growth will not be strongly affected if we take action, the report argues. As the cliché goes, all it takes is the will to act. But we must act in unison, the report states: “Effective mitigation will not be achieved if individual agents advance their own interests independently. Cooperative responses, including international cooperation, are therefore required to effectively mitigate GHG emissions and address other climate change issues.”

10. This dire report is decidedly conservative. The effects of climate change could be much worse than what this report presents. As Chris Mooney explains, many scientific experts say the panel errs on the side of caution. He writes:

So the actual effects of climate change could be even more severe, and even stranger, than what the IPCC describes.