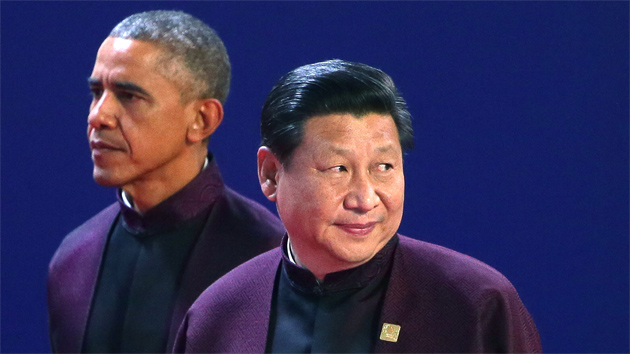 Without active leadership from China and the United States—the world’s biggest economies and carbon emitters—there’s little hope of reaching a global deal to reduce greenhouse gas emissions at next year’s big climate summit in Paris. That’s why President Barack Obama’s visit to Beijing this week for the Asia Pacific Economic Cooperation summit is shaping up to be a big deal for the fight against global warming.

Climate change is, of course, just one part of Obama’s complex agenda in China. But policy experts say his one-on-one meetings with Chinese president Xi Jinping on Wednesday could provide much-needed momentum, potentially signaling to the world the extent to which both countries are willing to slash their carbon pollution.

“It is key we get the Chinese on board before Paris,” said Tim Boersma, an energy security analyst with the Brookings Institution. “And whomever comes up with the formula will have produced a brilliant policy move.”

Obama is hoping it’s his team that comes up with the goods. This week’s talks will build on a series of efforts by the two countries to cooperate on climate policy, says Elliot Diringer, the executive vice president of the Center for Climate and Energy Solutions and a former White House senior environmental policy adviser.

“The success of Paris rests very heavily on US and Chinese participation, there’s no question,” he said, adding that Obama’s team “has worked hard to be a consistent partner” to the Chinese. According to Diringer, the hard work has “helped pay off in some renewed trust.”

“A joint declaration by the world’s two largest carbon emitters that they will put ambitious numbers on the table would inject additional momentum heading into Paris,” said one climate policy expert.

That trust—basically telling each other “we’re serious, if you are”—seems to be growing. In 2013, US and Chinese leaders leaders signed a bilateral agreement to reduce HFCs, a family of powerful greenhouse gases used in heavy industry. There has also been cooperation on energy security at the highest levels of both governments. The US-China Oil and Gas Industry Forum, sponsored the two countries’ governments, has been meeting for the last 13 years. In 2009, Obama and then-President Hu Jintao announced an agreement to develop China’s immense shale gas resources, conceived in part as a way to help break China’s coal addiction and reduce emissions.

Now, world leaders are hoping to replace the expired Kyoto agreement to curb greenhouse gases with a new treaty that will be negotiated in Paris. Much is unknown about what form the final agreement will take, but a key first step is for individual countries to make declarations about how much they are willing to cut their emissions. The European Union has already come forward with its proposal: Last moth, EU members agreed to slash emissions by 40 percent by 2030, a figure that environmental groups criticized as not being ambitious enough.

Analysts don’t expect any similarly big announcements to come out of Obama’s meetings in Beijing this week. But Diringer anticipates the countries will privately exchange important information on their intended targets and wait until the end of March to publicly announce how much they intend to cut. “I’d expect a bit of show and tell, but no direct negotiation or deal or target levels,” he added.

Even small maneuvers at such a high-profile meeting can send big signals to the international community, especially if Washington and Beijing publicly commit to getting their emissions targets on the table well in advance of the Paris meeting. Simply putting out a statement outlining a timetable would be be a big deal. “A joint declaration by the world’s two largest carbon emitters that they will put ambitious numbers on the table would inject additional momentum heading into Paris,” Diringer said.

As part of its argument for closer climate ties and stronger action, Obama’s team is highlighting an issue the Chinese are already extremely sensitive to: air pollution. Smog routinely blankets Chinese cities, and the environmental crisis has become a political emergency as Chinese officials worry about the potential for escalating social unrest. The issue has already spurred action: China has begun pushing coal-fired power plants out of major cities and is working on plans for a massive, nationwide cap-and-trade program that is slated to start in 2016. 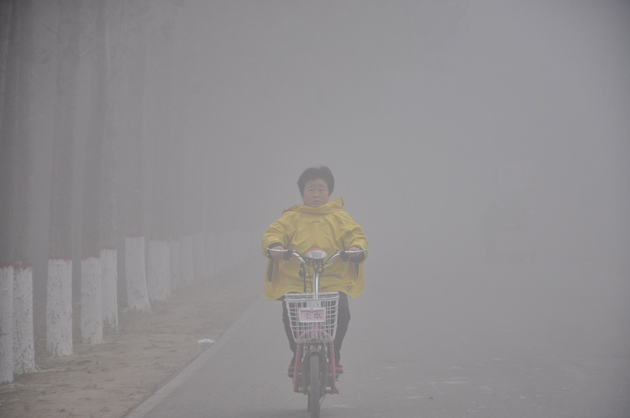 Heavy smog blanketed Liaocheng, a city in Shandong, last month. US officials are highlighting the impact of pollution as a reason for China to take climate action. Imaginechina/ZUMA

Still, some experts worry that this week’s meetings could actually end up undermining the Paris negotiations. Kyle Ash, a climate policy analyst with Greenpeace, warns that any bilateral arrangements reached between China and the United States over the next year might reinforce the idea that the Paris agreement should be voluntary, since the two biggest emitters would have already signed a their own deal. “We hope that the leaders are not going to be using the bilateral relationships to slow progress on multilateral talks,” he said. “It’s a worry because we’re on a tight timeline.”

Regardless of the risks, Diringer says successful climate talks this week will benefit both countries. China wants to be seen as a powerful leader on the world stage, and an engaged global citizen. Meanwhile, “stronger US action has always run up against the claim that China and India aren’t doing anything. An ambitious number from China will make it easier to sell the Obama climate agenda at home.”

And Obama will need all the help he can get. The GOP takeover of the Senate threatens to undermine international confidence in America’s ability to tackle the climate issue at home, a development that could make progress in Paris even harder.

For both the United States and China, says Ash, “success in Paris will be convincing the world that they’re acting at home.”