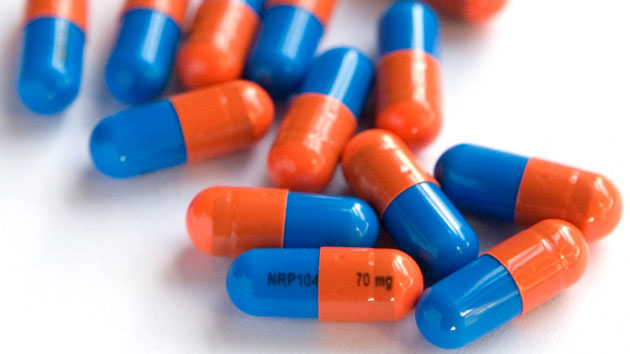 Attention deficit hyperactive disorder is big business. That’s the conclusion of a new report, published by the market research firm IBISWorld, which showed that ADHD medication sales have grown 8 percent each year since 2010 and will grow another 13 percent this year to $12.9 billion. Furthermore, it projects this growth will continue over the next five years at an annualized rate of 6 percent, and take in $17.5 billion in the year 2020—making it one of the top psychopharmaceutical categories on the market.

This growth does not surprise Richard Scheffler, professor of health economics and public policy at the University of California-Berkeley and coauthor of the book The ADHD Explosion. It is part of a global trend, he says, as ADHD becomes recognized as a disorder around the world, especially in cultures that put a premium on productivity and high academic achievement. Sales outside the United States—especially in Israel, China, and Saudi Arabia—are increasing twice as fast as in the United States, according to an article he penned in the Wall Street Journal with Stephen Hinshaw, professor of psychology and psychiatry at UC-Berkeley and UC-San Francisco.

One major reason for ADHD drug revenue’s recent growth within the United States is health care reform. The Affordable Care Act (ACA) and Medicaid now require insurance providers to cover mental-health services, including behavioral disorder assessments and treatments. The Department of Health and Human Services reports that this expansion of mental-heath benefits will affect more than 60 million people, including 27 million who were previously uninsured.

With more people assessed and diagnosed, Scheffler expects an increase in ADHD treatment to follow. According to his analysis of data from the Centers for Disease Control and Prevention (CDC), around 70 percent of children diagnosed with ADHD are prescribed medication in the United States. ACA and Medicaid also cover ADHD medication costs, which can set consumers back more than $200 a month (PDF).

The industry report cited another reason for the increase in the sales of ADHD medication: the addition of formal guidelines for diagnosing adults with ADHD in the most recent edition of the Diagnostic Statistical Manual of Mental Disorders (DSM). The American Psychiatric Association (APA), which publishes the DSM, added specific descriptions of adult ADHD symptoms for the first time, putting to rest lingering beliefs that ADHD was only a childhood condition. It also determined that only five symptoms from the DSM’s symptom list need to be present to diagnose someone 17 years old or older, compared to six symptoms for children.

“Adult diagnosis is skyrocketing,” Hinshaw says. A 2014 report released by prescription drug management company Express Scripts calculated that the number of adults using ADHD medication increased more than 50 percent from 2008 to 2012. The IBISWorld report expects this number to continue growing “at a rapid pace” through 2020. This year, adults older than 19 will make up approximately 44 percent of the ADHD medication market, the report says. (The ADHD rate among children plateaued at around 11 percent of school-age children in 2011.)

When the APA released the new guidelines in 2013, many were quick to point out the new market this presented to ADHD companies. Indeed, marketing towards adults having trouble with relationships or at work soon followed.

Some physicians predict that the adult diagnostic criteria combined with the ACA could lead to overdiagnosis—and, as a result, overmedication. That’s worrisome, considering that stimulants like amphetamine—which account for nearly 90 percent of ADHD medications—have proven to be ineffective and even harmful for those misdiagnosed with ADHD, or who have ADHD but do not receive other therapies, as well.

“Where I get worried is if we continue to allow quick and dirty diagnoses,” Hinshaw says. “Then I fear some of the increase is going to be based on people who don’t really have symptoms of enough severity to meet ADHD. And then we are into trouble.”

The diagnosis and treatment of ADHD has caused controversy since the APA first recognized it as a behavioral problem called “hyperkinetic impulse disorder” in 1968. Doctors began prescribing stimulants to treat it soon after. In 1980, with the publication of the third addition of the DSM, the condition received its current name, and by the new millennium more than 7 percent of American children were diagnosed with ADHD, according to the CDC. By 2011, that number increased 50 percent with 6.4 million children diagnosed, 11 percent of the the population aged 4 to 17.

Critics began to suspect overdiagnosis, and some even questioned whether it was a real disorder. A definitive test does not exist for ADHD—the diagnosis is based on observing symptoms and excluding other possible causes—and it’s often pointed out that its symptoms (hyperactivity, impulsivity, and difficulty concentrating) have always been characteristic of children, especially boys, who are more than twice as likely to be diagnosed as girls.

Over the same period of time, pharmaceutical companies aggressively publicized the disorder and promoted their medications to parents, teachers, and doctors. According to a 2013 New York Times investigation, the Food and Drug Administration has called out every major ADHD drug company for “false and misleading advertising.” The marketing of ADHD treatment often portrayed the pills as quick fixes for kids underperforming in school or getting in trouble—while downplaying the side effects and potential for abuse, the Times investigation said.

Some physicians diagnose ADHD after a single 10-to-15-minute session with a patient.

Gene Arnold, professor emeritus of psychiatry at Ohio State University, has studied ADHD for more than four decades. He has no doubt that ADHD is a real disorder, but he does believe doctors can easily misdiagnose, especially given their crammed schedules.

“A lot of physicians are too busy and can’t take the time to do the full diagnostic work,” he says. “So they settle for kind of getting the symptom count and a sort of general idea that there wasn’t much else to explain it.”

Hinshaw agrees. “How are most people in the United States diagnosed with ADHD?” he says. “A 10-to-15-minute visit with a pediatrician or a general practitioner. That’s it; there is no reimbursement for a long, careful, thorough assessment.”

According to Scheffler, there is no evidence that Obamacare will enforce more stringent guidelines for diagnoses or reimburse doctors for the time needed for a thorough assessment. “It can take multiple tests and visits,” he says. “These are not adequately financed.”

“This is a real condition, it causes serious impairment,” Hinshaw says. “But you only know that if you diagnose carefully and thoroughly, and if we don’t take the time do it we are going to pay the price.”