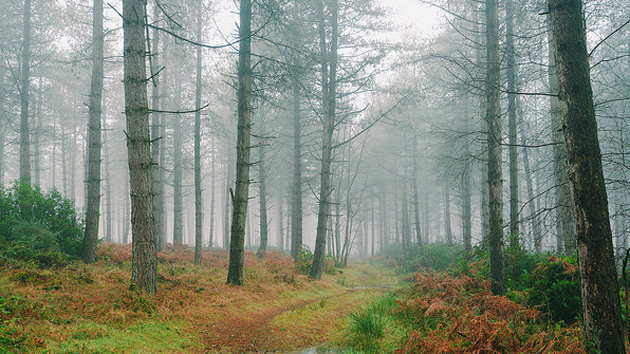 This article originally appeared at the Huffington Post and is republished here as part of the Climate Desk collaboration.

In a letter to EPA Administrator Gina McCarthy, a group that includes climate scientists, engineers, and ecologists criticizes a November 2014 EPA policy memo that discounts emissions generated by burning biomass, including plants, trees, and other wood products known as sources of biogenic carbon dioxide. Critics said they fear the memo shows how biomass might be treated under the EPA’s forthcoming Clean Power Plan, which will set the first regulations on greenhouse gas emissions from power plants. The EPA is expected to finalize those regulations by summer.

The EPA memo states that using biomass as a source of power is “likely to have minimal or no net atmospheric contributions of biogenic [carbon dioxide] emissions” as long as the biomass is produced with “sustainable forest or agricultural practices.” It also suggests that states will be able to increase the use of biomass in power plants in order to meet the limits set in the Clean Power Plan. The biogenic energy framework was the subject of a recent article in Politico magazine, which found that the interpretation “could promote the rapid destruction of America’s carbon-storing forests.”

The group of scientists argues that not all types of biomass have the same impact on carbon emissions, and that using more biomass derived from trees will actually increase overall emissions. Treating all biomass the same could lead to cutting down older-growth trees for fuel, and older trees store more carbon. The group cites a statistic from the US Energy Information Agency estimating if woody biomass is treated as carbon-free, an additional 4 percent of electricity in the US could be generated from wood over the next 20 years. The scientists estimate that may boost the US timber harvest by 70 percent.

This would likely lead to cutting even more trees, not only in the US, but around the world, the scientists argue. Even if new trees are grown to replace them, it would take many years for the trees to store as much carbon. Further, they say, burning biomass makes power plants less efficient and increases emissions.

“Including such exemptions for broad categories of biomass fuels in a final rule would not only encourage large-scale harvesting of wood to replace coal and other fossil fuels but also place no limits on the diversion of the world’s agricultural land to energy use, requiring conversions of forests and grasslands to meet food needs,” the group’s letter says.

“They’re going to declare biomass carbon-neutral with the wave of a magic wand,” William Moomaw, a professor of chemical and biological engineering at Tufts University, told The Huffington Post. “It’s not carbon-neutral. It’s a rather appalling failure to actually do the math.”

Most states except Massachusetts consider biomass to be carbon-free, said Moomaw, as does the European Union.

William Schlesinger, dean emeritus at the Nicholas School of the Environment at Duke University and one of the scientists involved in writing the letter, said the EPA memo was “disturbing” because it designates all sustainable biomass as having low carbon emissions, and does not adequately define “sustainable.”

“The EPA made a promise several years ago that it would make its decisions based on science, and the best science,” said Schlesinger. “Here, we’ve got a chance to sit down and look at what the science really says.”

A group of Massachusetts environmental groups issued a statement this week expressing concern about biomass under the Clean Power Plan.

EPA spokeswoman Liz Purchia said in an email to the Huffington Post that the Clean Power Plan isn’t final, and that the framework on biogenic carbon dioxide was designed as a “policy-neutral framework for assessing biogenic CO2 emissions from stationary sources—it was not developed as technical guidance.”

“What we have said repeatedly is that the memo is a snapshot of the issues that have been raised in regards to the role of biomass in how states put together their plans to reduce their carbon pollution,” said Purchia. “But we have made no definitive statements on what the role of biomass will be. We expect certain waste products and forest derived waste products might be ok, but that doesn’t mean all forest products…To reiterate, we don’t assume cutting down forests to power power plants is carbon neutral. This would really be a case by case basis that states would need to show detailed analysis that we’d review. We’d issue additional guidance if needed.”