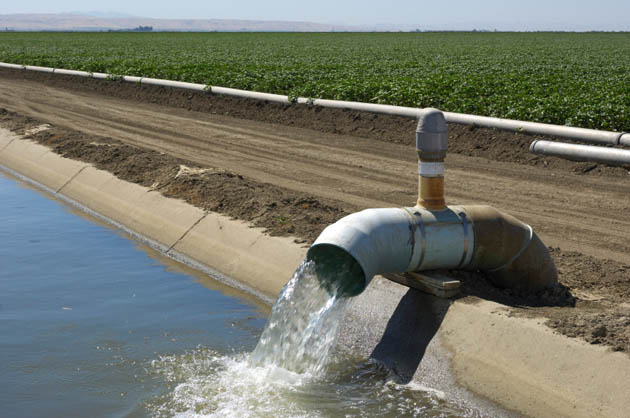 This article was originally published by Reveal from the Center for Investigative Reporting and is republished here as part of the Climate Desk collaboration.

Pump too much groundwater and wells go dry—that’s obvious.

But there is another consequence that gets little attention as a hotter, drier planet turns increasingly to groundwater for life support.

So much water is being pumped out of the ground worldwide that it is contributing to global sea level rise, a phenomenon tied largely to warming temperatures and climate change.

It happens when water is hoisted out of the earth to irrigate crops and supply towns and cities, then finds its way via rivers and other pathways into the world’s oceans. Since 1900, some 4,500 cubic kilometers of groundwater around the world—enough to fill Lake Tahoe 30 times—have done just that. 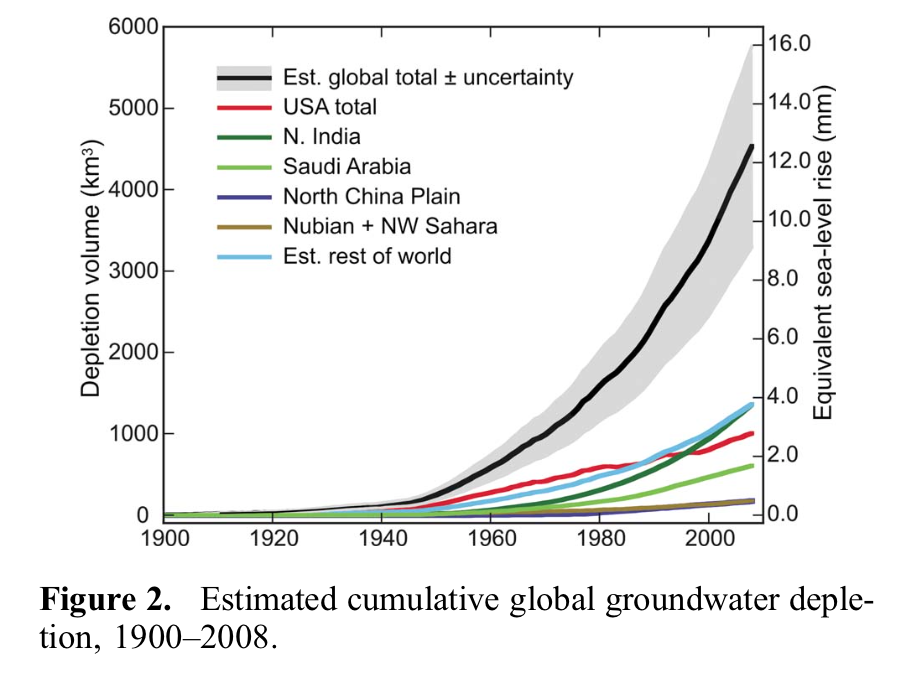 Sea levels have risen 7 to 8 inches since the late 19th century and are expected to rise more rapidly by 2100. The biggest factors are associated with climate change: melting glaciers and other ice and the thermal expansion of warming ocean waters.

Groundwater flowing out to sea added another half-inch—6 to 7 percent of overall sea level rise from 1900 to 2008, Konikow reported in a 2011 article in Geophysical Research Letters. “That really surprised a lot of people,” he said in a recent interview with Reveal.

Konikow also has reported that 1,000 cubic kilometers—twice the volume of Lake Erie—were depleted from aquifers in the US from 1900 to 2008, and the pace of the pumping is increasing. 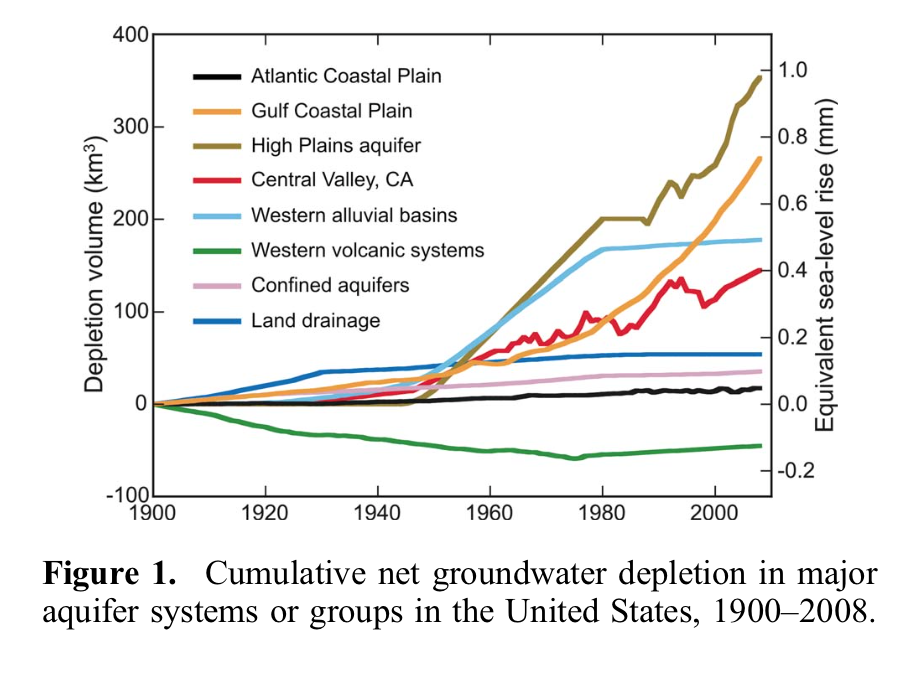 In California, so much groundwater has been pumped from aquifers in parts of the San Joaquin Valley that the land itself is starting to sink like a giant pie crust, wreaking havoc with roads, bridges and water delivery canals.

Not only is groundwater growing scarce, but we’re pumping out older and older water. In parts of California, cities and farms are tapping reserves that fell to Earth during a much wetter climatic regime—the ice age, a phenomenon that Reveal covered earlier this month and which raises questions about future supplies as the climate turns drier.

Last week, NASA senior water scientist Jay Famiglietti warned that “the state has only about one year of water supply left in its reservoirs, and our strategic backup supply, groundwater, is rapidly disappearing.”

According to Konikow, groundwater overdraft in the US accounted for about 22 percent of global groundwater depletion from 1900 to 2008, contributing about an eighth of an inch to global sea level rise.