Light pollution makes it nearly impossible for Los Angeles residents to see the stars. So a few years ago, two timelapse artists set out to show people what they’ve been missing. 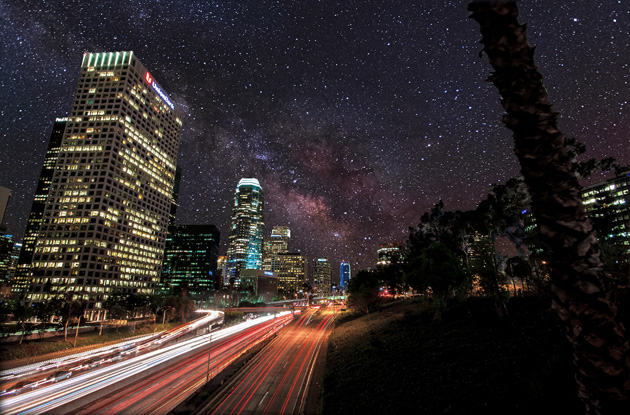 As part of a book and video project called Skyglow, Harun Mehmedinovic and Gavin Heffernan photographed the night sky over places like the Grand Canyon and superimposed those images over the smoggy city lights of LA. The results are stunning, at times appearing more like paintings than photographs. 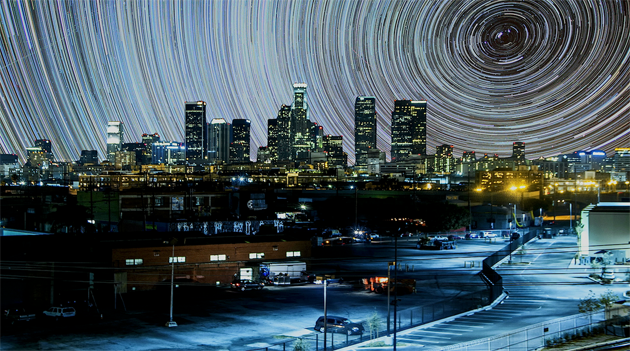 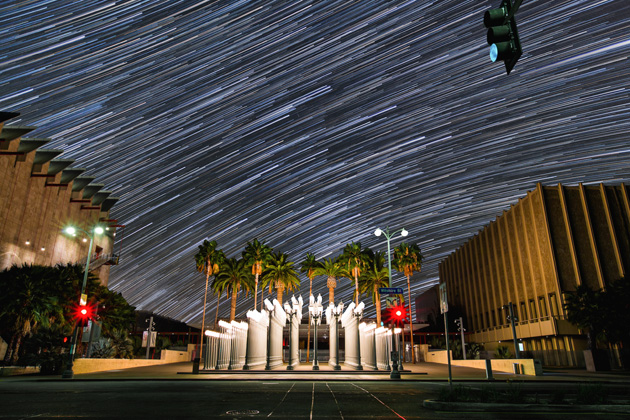 Mehmedinovic, who grew up in Bosnia, and LA-based Heffernan, originally from Canada, also captured some of the darkest places in the country, mostly national parks in the southwest. They used long exposures to let more light flood in, allowing them to show “galaxies you can’t normally see,” Heffernan says. In some cases they camped out overnight, keeping their cameras rolling for hours at a time to get enough shots for timelapse videos that depict star trails, the apparent movement of stars in the sky due to the earth’s natural rotation. In the photographs, these star trails look like streaks of light. “If you see a big circle, that means they [the cameras] are pointing directly north,” Heffernan explains. 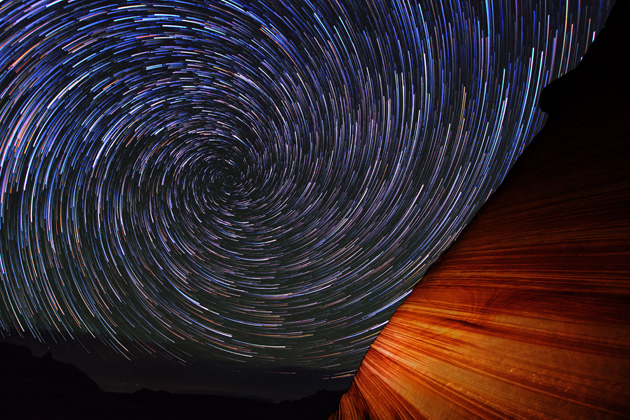 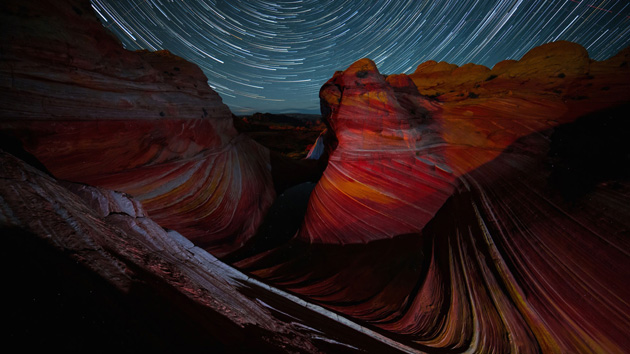 The two photographs above capture a sandstone rock formation at Coyote Buttes, in Arizona. “Once upon a time, this area, like all of California, was underwater. It used to be sand, and then it all petrified, turning into rocks and stone,” says Mehmedinovic. “For millions of years, there has been wind sweeping right through that area—what you’re seeing are tooth marks of the wind.” The photograph below shows dawn over the horizon in White Pocket, also in Arizona. 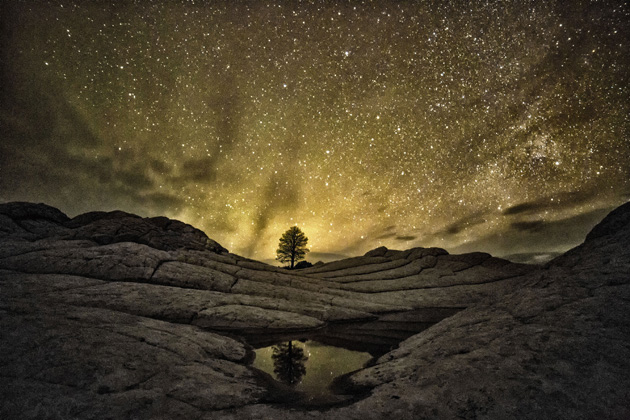 The next photograph was captured in the Mesquite Flat Sand Dunes of Death Valley National Park in California. “I set a camera and just happened to catch a meteorite in the back during the shoot,” says Mehmedinovic, of the vertical flash of light behind the tree. In the shot after that, a tiny sliver of the moon sets in White Pocket. The third photograph, in Socorro County, New Mexico, shows radio telescopes in the distance along the horizon. “If you’ve ever watched the movie Contact, you will have seen them, because that movie takes place in the same location,” Mehmedinovic says. 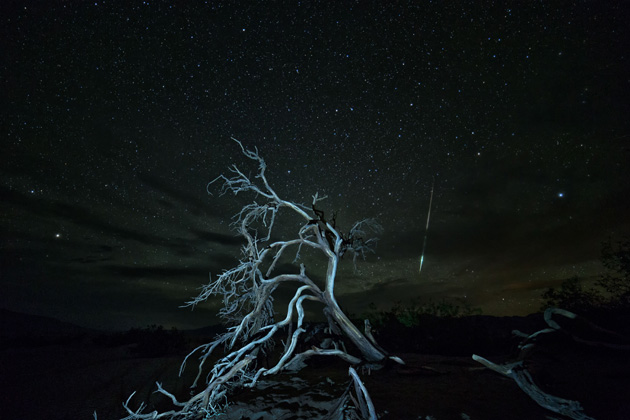 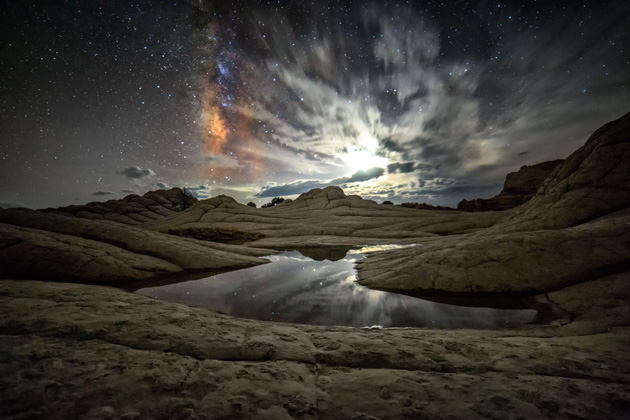 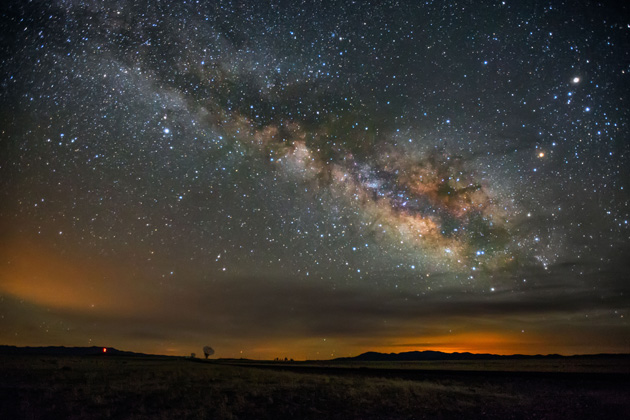 Mehmedinovic’s and Heffernan’s surreal images come to life in a series of timelapse videos. The one below, which the pair created before the Skyglow project, shows off the Vermillion Cliffs National Monument and White Pocket in Arizona. “We had a lot of storms during that shoot, so there was a lot of drama, getting stuck in the sand, trying not to get struck by lightning,” Heffernan says.

He and Mehmedinovic have already met their original fundraising goal of $70,000 for the project on Kickstarter. Now, Heffernan says they’re trying to reach a stretch fundraising goal of $100,000 so they can donate 2,000 of their photobooks, which they hope to publish sometime next year, to inner-city schools and underprivileged kids, “so they can see what’s worth fighting for.”