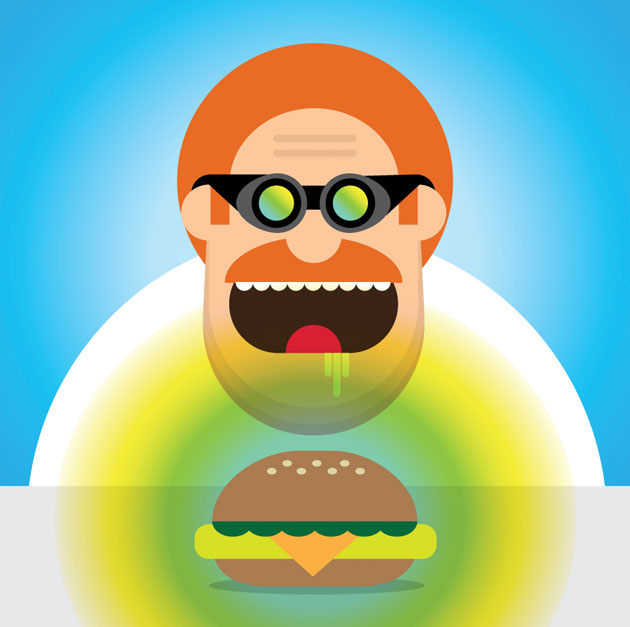 In 2002, the East Coast supermarket chain Wegmans introduced a line of packaged ground beef that had been irradiated with an electron beam to kill bacteria. Company executives expected the product to do well; a series of food-borne illness outbreaks had rendered Americans’ confidence in food safety dismally low. The launch came at the start of grilling season, and executives thought it would be a hit with people who liked their burgers rare but didn’t want to get sick from undercooked meat. The slogan: “Cook it the way you like it!”

“Some people even think their food is going to be radioactive, which is just totally not how this works.”

But to their surprise, sales were unimpressive—and they remain so today, says Wegmans’ meat merchandising manager, Mark Spagnola. One reason might be the higher price: Irradiated beef can cost as much as 80 cents more per pound. But Wegmans’ customers are willing to pay a premium for other special foods, like organics. So more likely, it’s irradiation itself that puts shoppers off. Many consumer surveys have found that people consider irradiation—which the federal government approved for some foods as early as the 1960s—creepy and unsafe. “Some people even think their food is going to be radioactive,” Spagnola says, “which is just totally not how this works.”

Here’s how it does work: At a special irradiation plant—there are just a handful in the United States—workers zap food with a machine similar to the kind that administers radiation to cancer patients. Most facilities use electron beams, but some irradiate with X-rays or gamma rays. While the dose of radiation is high, it doesn’t stay with the food, and workers are protected from it with safety gear and massive concrete walls. The result, says Michael Osterholm, a University of Minnesota expert on food-borne illness who has studied irradiation extensively, is that it kills as many bacteria as cooking at high temperatures, but without any loss of taste. “Food irradiation shows absolutely no detrimental impact on the food,” he says.

Hundreds of studies have proved that irradiation neither adds compounds to food nor takes nutrients away.

Hundreds of studies have proved that irradiation neither adds compounds to food nor takes nutrients away, and that it can help prevent the food-borne illnesses that sicken 48 million Americans and kill 3,000 every year. The World Health Organization and the US Department of Agriculture have deemed the technology safe for food, as has the Centers for Disease Control and Prevention, which asserts that in addition to eliminating dangerous bacteria in human food, the technique could also be used to prevent the spread of disease in livestock through its feed.

Yet some food advocacy groups have campaigned vociferously against the technique. Food and Water Watch, for example, argues it might induce manufacturers to zap food instead of maintaining a clean plant. “This could be a gateway to faster line speeds at meat facilities and sloppier handling practices,” says Patty Lovera, the organization’s assistant director. But Rick Holley, a food microbiologist and irradiation expert at the University of Manitoba, sees the technique as an extra tool, rather than a crutch; irradiation, he points out, doesn’t get rid of all bacteria, just most. “You can’t make bad food good using irradiation,” he says. “If your plant is dirty and not inspected and overtaxed, the food is going to be bad in a way that irradiation can’t fix.”

About a third of dried herbs and spices are irradiated to prevent salmonella, and imported fruits like mangoes and papayas are sometimes zapped to kill invasive insects.

In fact, you’re probably already eating irradiated products. About a third of dried herbs and spices are irradiated to prevent salmonella, and imported fruits like mangoes and papayas are sometimes zapped to kill invasive insects. The technique is also used to sterilize medical equipment like gloves, bandages, and syringes, as well as personal-care products like contact lens solution and baby bottle nipples. Several European countries regularly irradiate all kinds of food; the French even do it to Camembert cheese to cut down on pathogens from raw milk. In South Africa, safari operators eat irradiated meat because it has a long shelf life, even in hot climates.

To be sure, the technology isn’t cheap—but that, says Harlan Clemmons, who runs an irradiation facility in Sioux City, Iowa, is mostly because it costs a lot of money to ship all that meat to the special plants. Although the equipment is expensive (about $18 million up front), Clemmons calculates that if meat processors did irradiation in-house, over time they could bring the cost down “to next to nothing.”

But that’s unlikely to happen anytime soon unless consumers start embracing the technique, which might require more public attention. In a 2005 study, 484 shoppers at grocery stores in four Texas towns were asked about their opinion of irradiated foods. Then they read material about how an electron beam works and watched a short video on the topic. Initially, about 18 percent of the shoppers described themselves as “doubters” or “rejecters” of irradiation. But after the statements and video, that number dwindled to just 3.8 percent. Osterholm likens the public mistrust of irradiation to the anti-vaccine movement. “We know we could eliminate many food safety problems with this technique,” he says. “And yet people are still fighting it.”