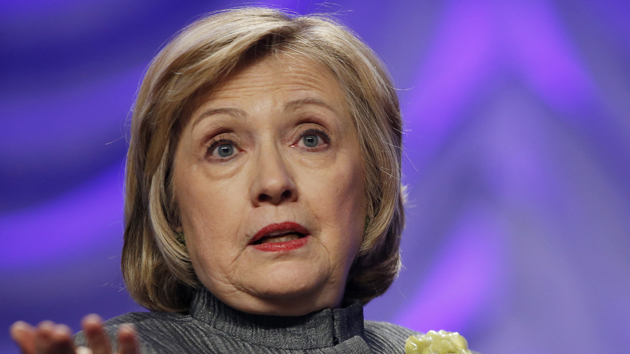 Rumor has it that President Obama will officially reject the Keystone XL pipeline in the coming weeks. But whatever he decides, you can be sure the issue won’t go away. All of the presidential candidates will keep on talking about it. Well, all of them except the one who’s been avoiding the topic like Ebola. Here’s where the other candidates stand:

Most Republican politicians, just like most Americans, had never heard of the Keystone XL pipeline until climate activists started fighting it in 2011. But once that happened, the GOP rushed en masse to defend it, and they’ve been ranting and raving about its critical importance ever since, making delusional claims about its potential to create jobs and supercharge the US economy. Every single “major” GOP candidate for president—all 17 of them—supports the proposed pipeline, and many have pledged to approve it on their first day in the White House.

Donald Trump: Not only has he backed the pipeline for years, but he owns at least $250,000 worth of stock in TransCanada, the company that’s trying to build it.

Will the Keystone XL pipeline finally be approved? Will create over 100,000 jobs and make us more energy independent.

Keystone is a no brainer. Moves us toward energy independence & creates jobs. President Obama must stop playing politics & sign the bill

Scott Walker: “We need a president who will approve the Keystone pipeline on the very first day in office and then seek to level the playing field for all sources of energy,” he said during his campaign launch speech in July.

Ben Carson: “It’s perfectly safe, so I can’t really see a good reason not to do it,” Carson said of the pipeline in an interview with Bloomberg last November.

Ted Cruz: Cruz has actually argued that everyone is too fixated on Keystone, but he still wants to build it. “As much as we need to approve the Keystone pipeline, we need to think far broader than that. We need to do far more,” he said last year.

Marco Rubio: “By not acting on Keystone, the president is depriving America of a means to create jobs, take a step towards energy independence, and bolster our national security by tapping into our energy resources and those of our friends in Canada instead of tyrannical governments,” Rubio said in a statement in 2012.

Rand Paul: The Keystone pipeline is “in America’s best interest,” Rand said in 2013, and Obama, by opposing it, is “siding with the liberal environmentalists…just as he did with Solyndra.”

Chris Christie: Christie touted the benefits of Keystone during a visit to Canada last year, and emphasized last month that if he were president, “We’d build it.”

John Kasich: Kasich has a more reality-based view of climate change than most of his GOP competitors, but he still sides with them on this issue:

Mr. President, give us the Keystone Pipeline. http://t.co/uLsTwKBbca

Rick Perry: On “day one” in the White House, Perry says he would “sign an executive order approving the construction of the Keystone pipeline.”

Bobby Jindal: “This is a no-brainer,” Jindal said of Keystone last year. “This decision should’ve been a long time ago.”

Lindsey Graham: “I think we are stupid as a nation not to have agreed to build the pipeline a long time ago,” he said in January. He’s even been up to visit the tar-sands oil operations in Alberta and think they’re just great.

George Pataki: Pataki, like Kasich, is one of the rare Republican politicians who forthrightly accepts climate science, but, also like Kasich, he’s still pro-pipeline:

#KeystoneXL will create good jobs, improve US energy security & is safer for the enviro than shipping oil on rail or importing on tankers

Jim Gilmore: “The Keystone pipeline should be developed,” Gilmore said in June.

Bernie Sanders: Sanders is outspoken in his opposition to the pipeline. “It is hard for me to understand how one can be concerned about climate change but not vigorously oppose the Keystone pipeline,” he said in July.

Martin O’Malley: O’Malley is firmly opposed too, and has a cute little meme box to prove it:

Jim Webb: Webb “sucks” on climate change, Grist’s Ben Adler has argued, so it should be no surprise that he backs Keystone. “I support the pipeline,” he said earlier this month. “If you look at it in terms of the environmental analysis, it is neutral.”

Lincoln Chafee: OK, it was actually an exaggeration to say that every single presidential candidate other than Hillary Clinton has articulated a position on Keystone. Chafee has also avoided taking a stance. But hardly anyone’s ever heard of him anyway.

Hillary Clinton: She’s been dodging this issue for years. When asked about her views on Keystone at a New Hampshire event earlier this month, she said, “If it is undecided when I become president, I will answer your questions.” So there.

Oh, and for your third-party types, Green Party presidential hopeful Jill Stein is so opposed to Keystone that she got herself arrested while protesting it. Take that Bernie.