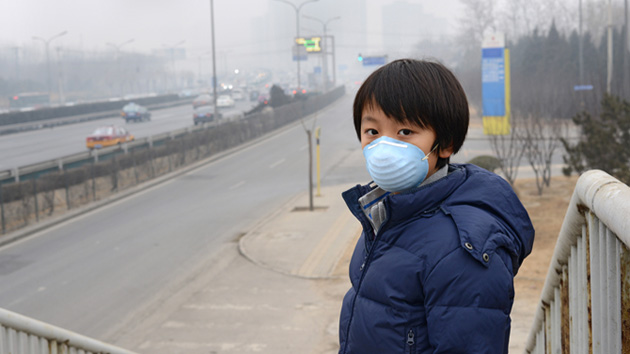 China’s mega-cities and major US metropolitan areas will pledge swifter and deeper cuts in carbon pollution on Tuesday, shoring up a historic agreement between presidents Barack Obama and Xi Jinping.

Beijing and 10 other Chinese cities will agree to peak greenhouse gas emissions as early as 2020—a decade ahead of the existing target for the world’s biggest emitter, under a deal to be unveiled at a summit in Los Angeles on Tuesday.

Seattle will commit to go carbon neutral by 2050, with more than a dozen other major metropolitan areas in the US, and the entire state of California, pledging an 80 percent cut in emissions by mid-century. Atlanta, Houston, New York, Phoenix, and Salt Lake City also put forward new climate commitments.

“This is a big deal,” Eric Garcetti, the mayor of Los Angeles told the Guardian. “It is the heavy hitters. It is the biggest emitters, and it is the folks who are coming ready to act.”

Beijing, Guangzhou, and Zhenjiang will pledge to peak emissions by the end of 2020.

The new, more ambitious goals from local governments in the world’s two biggest carbon polluting countries boosted hopes for critical climate change talks in Paris at the end of the year, and the prospects of avoiding a global temperature rise above 2 degrees Celsius (3.6 degrees Fahrenheit), which would tip the world into dangerous and irreversible warming.

United Nations officials have acknowledged the pledges from countries to date will not cap warming at 2 degrees.

The announcement on Tuesday ratchets up a deal reached by presidents Obama and Xi last November to cut their carbon pollution. Xi promised at the time that China would reach peak emissions by 2030—or earlier.

China on its own was responsible for about 29 percent of the world’s carbon pollution in 2013, because of its heavy reliance on coal, about twice as much as the US.

At Tuesday’s summit, Chinese cities and provinces in the Alliance of Peaking Pioneer Cities will bring forward their date of peaking emissions.

“The commitment of so many of its largest cities to early peaking highlights China’s resolve to take comprehensive action across all levels of government to achieve its national target,” the White House said in a fact sheet.

Brian Deese, a senior adviser to Obama, said the cities and provinces between them represented about 25 percent of China’s total urban emissions.

Seattle will commit to go carbon neutral by 2050. California is pledging an 80 percent cut in emissions by mid-century.

“This is important because the commitment to peaking mega-cities highlights that they are moving to achieve their national target as early as possible,” he told reporters on a conference call. “The two largest emitters in the world are taking seriously our commitment to meet the ambitious goals set last year.”

However, some of the most polluted cities in China, and the ones most dependent on coal, were not on that list.

Among other deals to be announced at the summit, Los Angeles will help clean up the choking air in Chinese cities.

Since the start of this year, Obama has set a blistering pace on climate change, with the administration rolling out new initiatives every few days.

The intense activity is intended in part to reassure the international community that Obama is committed to fighting climate change, despite the opposition from Republicans in Congress.

The commitments from China neutralize one of the Republicans’ main arguments against a climate change deal—that America on its own can achieve little, and that China is unwilling to act.

“The agreement between presidents Obama and Xi broke new ground and showed that in the developing world it is possible to make commitments to climate change—that you can go beyond saying we can’t make a commitment. We are still growing,” Garcetti said. “This new alliance of peaking pioneer cities will be able to push national goals aggressively.”