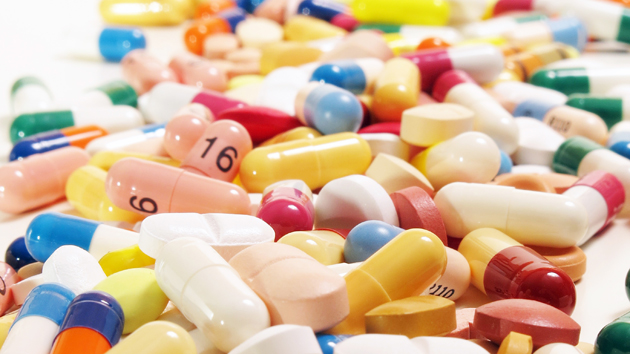 Earlier today, the Nobel committee awarded its renowned prize for medicine to the discoverers of two anti-parasitic drugs — one that fights malaria and one that treats two lesser-known devastating diseases.

The latter, ivermectin, treats lymphatic filariasis and river blindness, which are parasites that have plagued humans for centuries and currently threaten 1.35 billion people around the world. Developing drugs to treat infectious diseases and making them available to the often-impoverished people who need them is extremely difficult. But because of a breakthrough and an unprecedented move by one of the largest pharmaceutical companies in the world, these diseases might soon be eradicated. 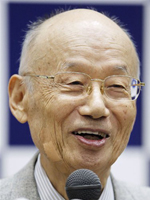 Lymphatic filariasis, which can develop into a condition known as elaphantiasis, is a mosquito-transmitted worm that lodges in the lymphatic system, impairing it along with the victim’s immune system and kidneys. In the worst cases, the worm causes extreme swelling and disfigurement of tissue, limbs, and genital parts. According to the World Health Organization (WHO) 40 million people, mostly in African and South Asian countries are incapacitated by the disease, and shunned because of their disfigurement.

Onchocerciasis, or river blindness, is a worm spread through the bite of a blackfly, which breeds in rivers. The parasite produces larvae that move through human tissue, causing sever itching and skin rashes, as well as eye lesions, which can lead to severe visual impairment. An estimated 270,000 people are currently blinded by the disease. The vast majority of people at-risk live in Africa, where it has taken a huge economic toll on rural communities, which have had to move away from rivers to less productive land in order to avoid the disease. 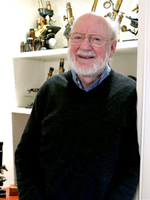 In the late 1970s, Satoshi Omura, a scientist at the Kitasato Institute in Tokyo found a component of a soil-dwelling bacteria (that’s right, he literally found it in the dirt) called Streptomyces that was very effective at killing parasites. He then sent cultures of this bacteria to William Campbell in New Jersey who worked for Merck & Co., the fourth largest pharmaceutical company in the world. There, Campbell successfully developed a drug called ivermectin from a compound in the bacteria culture. The discovery was a huge pharmaceutical breakthrough and the drug was determined to be extremely safe for humans and easily distributed.

But, as with many infectious disease drugs, the vast majority of people who needed it lived in the developing world and could not afford it.

What happened next was unprecedented.

In 1987, Merck announced it would partner with the WHO and donate Mectizan, the drug’s brand name, to any country who requested it for as long as they needed it. Before this, no large pharmaceutical company had ever given away a drug they developed to eradicate a disease. At a news conference after Merck’s announcement, the late Massachusetts senator Ted Kennedy said, “Merck’s gift to the World Health Organization is more than a medical breakthrough–it is truly a triumph of the human spirit.”

Omura and Campbell were awarded the Nobel Prize in medicine for their work.

The Nobel committee said ivermectin’s importance was “immeasurable” for the health of many in the world’s poorest regions.

“Treatment is so successful that these diseases are on the verge of eradication, which would be a major feat in the medical history of humankind,” the committee said.