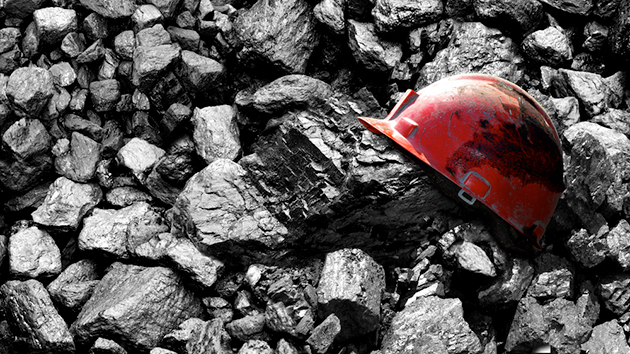 Just days after President Barack Obama rejected the Keystone XL pipeline, environmentalists were handed another victory Monday morning when New York State Attorney General Eric Schneiderman released the results of an investigation that found one of the world’s largest coal companies had misled the public and its shareholders about the risks climate change could pose to its bottom line.

After several years of investigations, Schneiderman reached an agreement with Peabody Energy that won’t require the company to admit it broke the law and does not entail a fine or other penalty. Instead, Peabody must file revised shareholder disclosures to the Securities and Exchange Commission with new language acknowledging that “concerns about the environmental impacts of coal combustion…could significantly affect demand for our products or our securities.”

Climate change could pose a serious risk to investors in publicly-traded fossil fuel companies, as governments around the world move to restrict carbon emissions. Many climate change advocacy groups say those companies have an obligation to their shareholders to be transparent about how demand for their product could diminish in the near future.

Although Peabody escaped financial penalties this time around, it could still face litigation from aggrieved shareholders.

According to Schneiderman’s findings, Peabody had known since at least 2013 that policies enacted in the United States and abroad to fight climate change could significantly diminish demand for coal—one of the primary sources of greenhouse gas emissions. For example, one internal projection from that year found that climate regulations could slash sales at two of the company’s US coal mines by one-third or more, according to the findings. But at the same time, the company filed disclosures with the SEC that claimed it was “not possible for [Peabody] to reasonably predict the impact that any such laws or regulations may have on [Peabody’s] results of operations, financial condition or cash flows.”

“As a publicly traded company whose core business generates massive amounts of carbon emissions, Peabody Energy has a responsibility to be honest with its investors and the public about the risks posed by climate change, now and in the future,” Schneiderman said in a statement.

In its own response, Peabody said the agreement represented “no admission or denial of wrongdoing” and that “the company has always sought to make appropriate disclosures.”

The agreement comes just days after Schneiderman issued a subpoena to ExxonMobil, kicking off an investigation into whether the oil giant has misled investors and the public about the basic science of climate change for decades. Exxon has denied any wrongdoing. While the two investigations have some similarities, Exxon could face tougher penalties than Peabody, said Andrew Logan, director of oil and gas programs at Ceres, an investor advocacy group. The allegations against Exxon stretch back much further in time and could potentially be more serious, so the attorney general could pursue more aggressive action against the company, Logan said.

Even with the Peabody investigation over, the coal company is hardly in a happy place. Its share price has tanked 87 percent this year, squeezed by the shrinking global market for coal. Many of Peabody’s coal-industry peers are also gravely wounded. In fact, coal demand may soon hit its fastest decline in history, according to data released today by Greenpeace. And while Peabody escaped financial penalties this time around, it could still face litigation from aggrieved shareholders, Logan said.

“They’re going back in time to change what they said [in their disclosure statements],” he said. “It’s a very unusual thing in the securities world, and tends to bring real liability.”

Meanwhile, the agreement could put pressure on the SEC to step up its enforcement of climate-related statements (or the lack thereof) made not only by other energy companies, but also by corporations in other climate-sensitive sectors, such as property insurance and agriculture.

“On the one hand, this action has been directed at two companies. But the reasons they were targeted could be applied to whole other industries,” Logan said. “This is a huge victory for investors.”