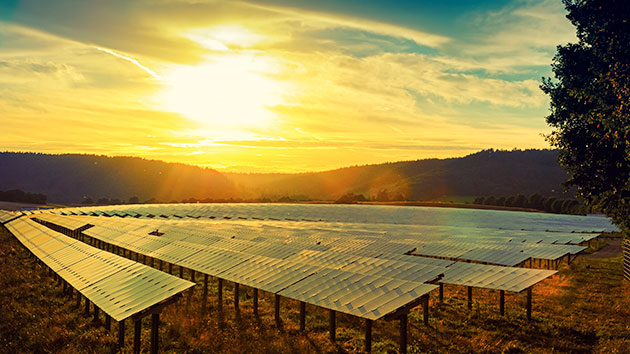 On November 30, world leaders will flock to Paris to hammer out an international agreement to slow global warming. The agreement is likely to give a boost to the clean energy industry, as countries around the world pour money into wind and solar projects as a way to cut their greenhouse gas footprints.

In the United States clean energy is already a booming business. Solar is the fastest-growing energy source in the country, and in 2015 total investment in renewable energy projects here reached nearly $40 billion. Here’s some more good news: Big corporations are signing up for a record amount of clean energy for their offices, data centers, warehouses, and other facilities, according to a new analysis by the Rocky Mountain Institute, a nonprofit environmental research outfit.

“This trend is going to be difficult to stop,” says Hervé Touati of the Rocky Mountain Institute.

RMI tracked publicly announced contracts between corporations and large-scale wind and solar farms and found that in 2015 the total reached 2,100 megawatts, roughly equal to 525,000 home rooftop solar systems. That’s 75 percent higher than what RMI measured last year, and it includes more than a dozen companies with new contracts. New contracts this year include Dow Chemical, General Motors, Walmart, and Kaiser Permanente. It’s also a big win for the climate: Electricity accounts for one-third of US greenhouse gas emissions, and more than one-third of electricity goes to commercial users. So if big companies are clamoring for clean energy, that can have a significant, near-term impact on reducing the nation’s greenhouse gas footprint.

“The pressure is mounting [for corporate executives] to take action” on climate change, said Hervé Touati, RMI’s managing director. “What they realize is that signing these large deals is the best way to say you are addressing your sustainability agenda.”

In most cases, the contracts are “power purchase agreements,” where the company agrees to buy a certain amount of power from a wind or solar farm at a fixed price for 10 to 20 years. These contracts are mutually beneficial, Touati explained: They give renewable energy developers the guaranteed revenue they need to finance big new projects, and give the companies long-term certainty about one of their biggest expenses, electricity.

Tech companies such as Google and Facebook were early adopters of large-scale clean energy, thanks to the sky-high electricity consumption at data centers. Last year, Apple announced that 94 percent of its operations are powered by clean energy, including a massive solar array outside its data center in North Carolina. Now, Touati said, a more diverse mix of corporations is getting in on the act, including hospitals, hotels, and shipping companies.

That trend is driven by a confluence of factors that have made clean energy contracts seem like low-hanging fruit to top corporate financial officers. The cost of clean energy is continuing to plummet—solar power could soon be cheaper than conventional grid electricity in all 50 states. Meanwhile, customers and investors are increasingly conscientious about companies’ impact on the environment. A recent survey by the World Resources Institute found that half of all Fortune 500 companies have implemented specific goals to reduce their greenhouse gas emissions and invest in renewables.

The only losers in this arrangement, Touati said, are traditional electric utilities, which more cling to fossil fuel-fired power plants. For those power companies, the loss of big corporate customers is harder to brush off than losing a few homes to rooftop solar. That could motivate them to clean up their act more quickly.

“When we come with Google and Facebook and those big names and we tell [electric utilities] that these big corporations want this, then they start to listen,” he said. “This trend is going to be difficult to stop.”