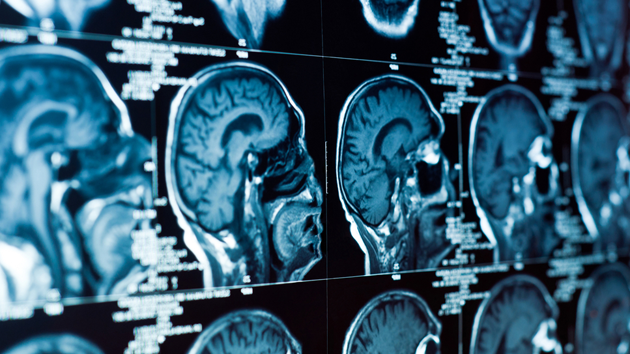 Last week brought some rare good news in the autism research world: For the first time, scientists have found a direct link between autistic behavior and a neurotransmitter, a kind of brain chemical that communicates information from one nerve cell to another. In a study published in the journal Current Biology, scientists at Harvard and MIT found that some symptoms of autism appear to stem from problems processing gamma-Aminobutyric acid, or GABA. An inhibitory neurotransmitter, GABA stops brain cells from acting in response to information they receive from the senses.

“Autism is often described as a disorder in which all the sensory input comes flooding in at once, so the idea that an inhibitory neurotransmitter was important fit with the clinical observations,” said Caroline Robertson, the lead researcher, in a statement. While many of us can simply tune out everyday sights or sounds—say, the sight of a grate on the sidewalk or the noise of a car driving by—those with autism are inundated with a deluge of sensory information that can turn everyday environments into distressing experiences.

People with autism are inundated with a deluge of sensory information that can turn everyday environments into distressing experiences.

In addition, Robertson added, about 25 percent of autistic people also have epilepsy—a result of “runaway excitation in the brain.”

In the study, participants started with a visual test: Looking through binoculars, they would see two different images in both eyes—say, a house on the left side and a car on the right side. Most people can focus on one image while diminishing focus on the other, and then switch, oscillating back and forth between the car and the house. In essence, inhibitory neurotransmitters enable the brain to process digestible pieces of information rather than try to take in everything at once.

But people with autism have a difficult time with this visual task—the oscillation between images is slower, and the focus on one image is less directed. Within both groups, though, there’s variation in how well people can perform the task. When the participants took part in a neuroimaging test that measured the amount of GABA, an unsurprising trend appeared for people without autism: The better people are at visual processing, the more GABA they have. For people with autism, though, there was no such trend: Those who were better at visual processing had no higher or lower levels of GABA than those who weren’t, suggesting a problem with the way that GABA is used or processed.

“It’s not that there’s no GABA in the brain,” said Robertson, “It’s that there’s some step along that pathway that’s broken.”

The finding is especially notable because GABA inhibits all kinds of sensory stimulation—not just visual. In theory, a drug that targets bettering the GABA pathway could reduce sensory symptoms of autism.

Still, Robertson warns that this isn’t a silver bullet—especially since scientists still know so little about autism and what causes it. “There are many other molecules in the brain, and many of them may be associated with autism in some form,” she said. “We were looking at the GABA story, but we’re not done screening the autistic brain for other possible pathways that may play a role.”