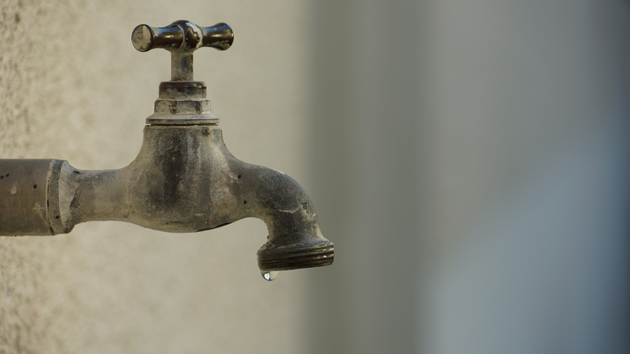 The crisis in Flint, Michigan, has shed new light on an old problem: Despite decades of studies showing the irreversible developmental and neurological effects of lead, no federal agency tracks where lead contamination is a problem, and what the source of it may be.

“No one’s done the kind of mapping of lead that people are clamoring for,” says Dr. Jeffrey Griffiths, a public health professor at Tufts University and the former chair of the EPA’s Drinking Water Committee. When it comes to tracking lead, he says, “there’s no way you can say we’re doing an adequate job.”

Which got us wondering: What do we know about lead contamination around the country—and what do we need to find out?

Where does lead contamination come from? Most of us associate lead poisoning with paint, which until the 1970s often contained lead as a colorant. While extreme cases of lead poisoning often come from kids eating paint chips in old houses, research today indicates that the majority of lead exposure comes from other, less tracked environmental factors. (For more, check out my colleague Kevin Drum’s acclaimed deep dive on the matter.) Cars used lead-based gasoline for decades, depositing lead particles in soil near streets and highways. While lead was effectively removed from gas in the ’80s, a number of studies have shown that lead still turns up at alarming levels in that soil, particularly in urban areas—and that the more lead there is in the soil, the more lead kids have in their bloodstreams.

“What’s clear to us now is that the amount of lead testing that’s being done isn’t enough, and the method itself isn’t very good.”

Lead exposure from water is less researched, but Flint has scientists worried that lead water lines could be a major source of exposure, particularly in cities with aging infrastructure. The Environmental Protection Agency requires utilities to test water for high levels of lead, but “what’s clear to us now is that the amount of lead testing that’s being done isn’t enough, and the method itself isn’t very good,” Griffiths says. “Things can fall through the cracks when it comes to what the state has the capacity to do.” It’s not uncommon for cities to test only a handful of homes for lead, to discount the highest readings as not representative, and to go for months without disclosing high lead levels to the public.

Do we know which areas are most contaminated? The short answer is no. No federal agency tracks lead in urban soil, though scientists have tracked the problem in individual cities. Ideally, when lead shows up at high levels in drinking water, utilities report to the state and their customers that they are out of compliance with the rules. But neither the utility nor the state is required to keep a public repository of the data collected, making it nearly impossible to track which communities are most at risk. Henry Henderson, the director of the Midwest division of the Natural Resources Defense Council, attributes this lack of comprehensive data largely to a lack of funding and political will. Lead-related projects, he says, are “often stigmatized as just a sinkhole of meaningless environmental spending.”

So what data do we have? The closest we have to a national dataset showing where lead is a problem comes from the Centers for Disease Control and Prevention. In exchange for funding to track lead poisoning, states voluntarily report the number of children with high blood lead levels in each county, based on information gathered during routine doctor’s appointments. The result is county-level data showing the number of children under five years old who have blood lead levels higher than 5 micrograms per deciliter (5 µg/dL), which the CDC classifies as “dangerous.”

This system, as the map below shows, is far from perfect. Only 26 states have supplied the CDC with recent data. In many states, that data is from 2009. And in 13 states—primarily in the West—the data isn’t reported at all.

When asked why the reporting isn’t mandatory, CDC spokeswoman Christina Cope wrote, “We do not have a contract or other mechanism to require reporting. In many of the states we don’t fund, there are no staff to do this work.”

Which counties have the highest levels of lead poisoning? Before we get there, a few disclaimers: Some researchers also have concerns about blood lead levels as a metric, particularly since they spike for only a few weeks or months after exposure. Furthermore, many counties that recorded a high incidence of lead-poisoned kids also tested very few children. Houston County, Alabama, for example, has the highest rate of lead poisoning according to the CDC—more than 50 percent have levels about 10 µg/dL—but only a dozen children were tested in 2014. And finally, not all cases are reported: The CDC estimates that on average, about 2 percent of cases of children with high lead levels are missing from its data.

Here’s a spreadsheet of the counties in the 26 states that did report to the CDC:

What’s next in the world of lead policy? The latest news is that the US House of Representatives passed a bill Wednesday that, in addition to providing aid for Flint, would clarify that the EPA is required to notify the public in the case of high lead levels in water and would require the agency to come up with a better way to communicate between utilities, states, and consumers.

But the NRDC’s Henderson, with many others, is calling for an overhaul of the way the federal government tracks and reports lead contamination, which would loop in agencies like the CDC, the EPA, and the Department of Housing and Urban Development. “There is not an adequate, overarching national plan to deal with the multiple vectors of delivery of this neurotoxin, and we need to address that,” Henderson says. So far, there are no signs of that changing anytime soon.