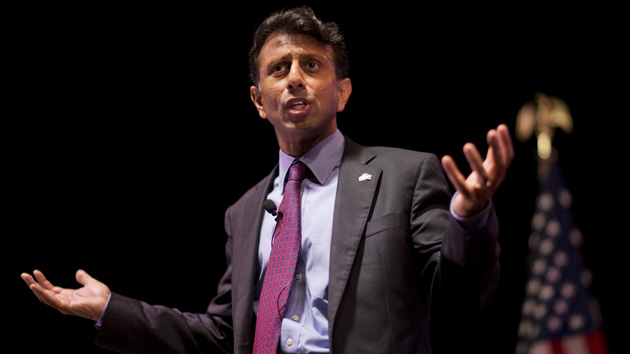 The state of Louisiana has fallen on hard times, and its situation offers some hard lessons. First, don’t let a right-wing ideologue cut your budget to the bone. Second, don’t hang your whole economy on fossil fuel extraction.

The Washington Post reports on the state’s budget crisis:

Already, the state of Louisiana had gutted university spending and depleted its rainy-day funds. It had cut 30,000 employees and furloughed others. It had slashed the number of child services staffers…

And then, the state’s new governor, John Bel Edwards (D), came on TV and said the worst was yet to come…

Despite all the cuts of the previous years, the nation’s second-poorest state still needed nearly $3 billion—almost $650 per person—just to maintain its regular services over the next 16 months…

A few universities will shut down and declare bankruptcy. Graduations will be canceled. Students will lose scholarships. Select hospitals will close. Patients will lose funding for treatment of disabilities. Some reports of child abuse will go uninvestigated.

For eight years, under former Gov. Bobby Jindal (R-La.), Louisiana slashed taxes and played tricks to fill budget holes. Jindal claimed that the tax cuts he pushed through would promote miraculous economic growth and make up for the lost revenue. That didn’t work, of course, just as it didn’t work on a national level under Presidents Ronald Reagan and George W. Bush. The Post writes:

Many of the state’s economic analysts say a structural budget deficit emerged and then grew under former governor Bobby Jindal, who, during his eight years in office, reduced the state’s revenue by offering tax breaks to the middle class and wealthy. He also created new subsidies aimed at luring and keeping businesses. Those policies, state data show, didn’t deliver the desired economic growth. This year, Louisiana has doled out $210 million more to corporations in the form of credits and subsidies than it has collected from them in taxes.

The current Republican presidential front-runners are running on a similar program of massive tax cuts tilted toward the wealthy—which would likely lead to a similar budget crisis on a nationwide scale. (Jindal’s ill-fated presidential campaign had its own gigantic regressive tax cut proposal.)

When government budgets collapse, environmental protection takes a big hit. This is particularly worrying in Louisiana. The state is filled with severely climate-threatened low-lying regions such as the Bayou and New Orleans, and its coastline is disappearing under the rising sea, so it should be investing heavily in climate adaptation. The state’s poverty also intensifies its aching need for improved mass transit. Huge spending cuts at the federal or state level, never mind both, are putting the state’s populace at greater risk.

Louisiana’s budget problems also demonstrate that fossil fuel extraction may be less an economic boon than a massive liability. Louisiana, with its oil refineries and offshore rigs, has the third-worst poverty rate in the nation—and that is sadly typical of fossil-fuel-heavy states. West Virginia and Kentucky, for example, are among the top three states for coal production and among among the 10 poorest states overall. And these states ranked dismally on poverty metrics even when oil, gas, and coal were booming. Now that they’re not, things are even worse.

Politicians from all of these places, even Democrats, argue that fossil fuel production is a needed economic engine. But fossil fuel extraction is inherently temporary: One day, the well will run dry—if the market doesn’t dry up first. Commodity prices are inherently volatile, and when they fall, the first thing you see is a loss of revenue to that industry and a decline in tax revenues. What comes next in many places may be even worse: With lower prices making harder-to-reach deposits unprofitable to extract, the industry cuts back on production. Workers get laid off, and the hard times ripple throughout the economy.

For Louisiana, where the oil and gas is offshore and therefore more expensive to drill than the oil right under the Saudi desert, this is just what has happened. As the Post notes, “The price of oil and natural gas fell off a cliff, causing a retrenchment in an industry that provided the state with jobs and royalties.”

Louisiana is not the only state experiencing this. Declining oil prices have forced Alaska to cut $1 billion in spending from its budget over the last two years. Now it faces a $4 billion deficit. And low coal and natural gas prices have West Virginia facing a $466 million budget gap.

Whole countries are feeling the same pinch. Russia, which depends heavily on gas and oil exports, is looking at a national budget that will be shorn of over $38 billion in income.

Instead of just relying on a short-term, unreliable, and polluting industry, states such as Louisiana need to diversify into industries that draw on human capital—whether it’s computer programming or solar-panel manufacturing—and can provide a more stable source of revenue. Microchip prices don’t fluctuate wildly. And the high-tech sector doesn’t just fall apart when demand slackens for current products; companies innovate new ones. Louisiana can’t innovate its way out of its current problem by inventing a new fossil fuel that just happens to be under its feet.

Perhaps, instead of cutting taxes and education spending, Jindal should have invested in a more educated workforce. But then his support for creationism might not have gone over as well.