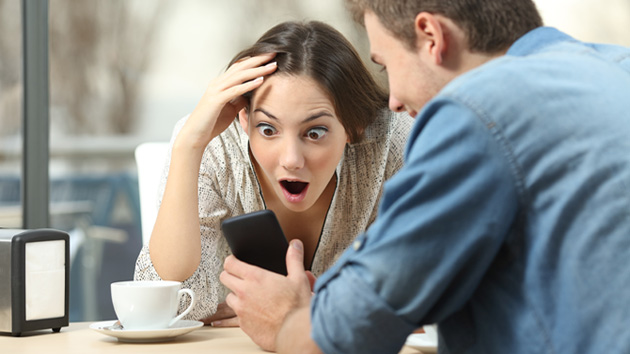 It’s a familiar feeling for any caffeine addict: a racing heart, fluttering away after one too many espresso shots. For years, that’s been enough to steer people with certain heart conditions away from coffee. But as it turns out, there’s little evidence that a caffeine habit could send us into cardiac arrest.

That’s according to Dr. Greg Marcus, a professor at the University of California-San Francisco and this week’s guest on the Inquiring Minds podcast. Marcus specializes in the treatment of arrhythmias, or irregular heartbeats—the fast, sluggish, or off-kilter rhythms that can trigger sudden cardiac arrest, an unexpected loss of heart function. The condition is different from a heart attack, which is caused by blockages to blood vessels leading to the heart, and it has seen comparatively little progress in treatment and prevention, Marcus says. In the United States, sudden cardiac arrest kills 325,000 adults each year.

Last year, Marcus’ research team looked into the relationship between caffeine and a type of arrhythmia called early beats, which can be a risk factor for developing heart failure. You can think of this condition as individual heart cells gone rogue. “If you take a heart cell out of the heart, put it in a petri dish, and keep it alive, it will beat on its own,” Marcus tells co-host Kishore Hari. Sometimes those cells will jump the gun, beating a little earlier than the rest of the heart.

“There’s this conventional wisdom that more caffeine leads to these early beats,” Marcus says. To find out if that’s really the case, his the team monitored heart rhythms along with consumption of common caffeine fixes such as tea, coffee, and chocolate. What they discovered might surprise you. “We could find no evidence of a relationship,” says Marcus. The results were published in the Journal of the American Heart Association.

Still, Marcus cautions that the heart risks of caffeine may depend on the individual and that more work needs to be done to unpack the role of a patient’s unique genetics and environmental exposures. This ties into a broader need for more precision medicine, he says—highly personalized treatments that take those specific factors into account. “The hope is that with modern techniques to sequence genes as well as to potentially monitor activity using technology, maybe we can really get down to that level,” he says.

“That’s what I like to call real-time, real-life data.”

Cue Health eHeart, a pioneering Big Data approach to develop strategies to prevent and treat all aspects of heart disease. The goal of the project is to use personal technology to free large-scale clinical research from its traditional home in brick-and-mortar hospitals, where researchers capture a controlled, artificial snapshot of participants’ health and behaviors. By gathering information from online surveys and personal gadgets (anything from smartphones to Bluetooth-enabled blood pressure cuffs), Marcus’ team at UCSF is able to study a continuous stream of health data as participants go about their daily activities. “That’s what I like to call real-time, real-life data,” he says.

Participants are given the option to get involved in a variety of studies depending on their backgrounds and the devices they use. Owners of a smart watch, for example, might be asked to opt into an ongoing study on atrial fibrillation—an irregular beat in the heart’s upper chambers that’s an important risk factor for stroke. The study attempts to develop a more nuanced understanding of what triggers the condition, making use of the watch’s heart rate monitor to interlace rhythmic data with other instantaneous measures of health and physical activity.

While the Health eHeart project aims to unpack the individualized factors that carry risk for heart disease, Marcus also hopes it will play a more foundational role for further research—”separating the wheat from the chaff,” as he puts it, by helping to figure out whether wearable devices are as beneficial to public health research as their makers chalk them up to be. Fitbit and the Apple Watch are examples, he says, of devices with savvy health and fitness marketing but still-untested claims: “Is it useful for health? We make that assumption, but how valid is it? And if it is valid, what is the best way to use it?”

UCSF hopes to enroll 1 million people in Health eHeart. If you want to take part in this ambitious study, you can sign up for the special Inquiring Minds Health eHeart group. Anyone over 18 years old is eligible, including those who are completely healthy, have heart disease, or are patients with cardiovascular conditions that we don’t yet know how to treat. Participation requires a few hours over the course of the year. (Note: Inquiring Minds co-host Kishore Hari is an academic staff member of UCSF, but he’s not affiliated in any way with the Health eHeart study.)