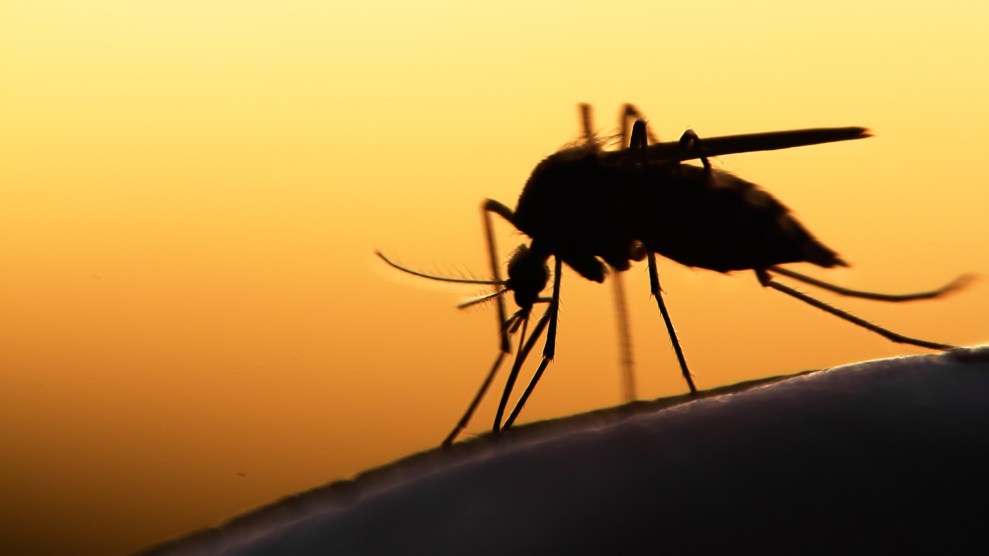 Americans should expect a surge in deaths from heat waves, flooding, and respiratory disease as the climate warms, according to a wide-ranging White House report released last month. And what spells disaster for humans could also be a boon to infectious microbes and the animals that transmit them.

The guest on this week’s episode of Inquiring Minds is Ben Beard, associate director for climate change at the Centers for Disease Control and Prevention. He’s one of more than 100 researchers who contributed to the report, and his specialty is vector-borne diseases. These illnesses—which include Lyme disease, dengue fever, and Zika virus—are transmitted by other animals, especially insects such as mosquitos and ticks. Beard talks with co-host Indre Viskontas about how global warming is poised to alter their spread and whether the changes we’re already seeing can be attributed to climate change. “These diseases are emerging in the United States,” he says. “There are more and more cases every year.” You can listen to the full interview with Beard below:

It’s no coincidence that vector-borne illnesses are among the most “climate-sensitive” diseases, he adds, increasing in range and incidence when environmental conditions are favorable to the critters that harbor them. In some regions of the United States, recent decades have brought longer, warmer summers and shorter, milder winters. That’s played a role in the northward creep of tick-transmitted Lyme disease and seasonal flare-ups of the West Nile virus, which is carried by mosquitos. But the issue isn’t simply the expanding range of those diseases; at warmer temperatures, mosquitos can speed up their life cycles, Beard explains. Under hotter conditions, viruses like West Nile will typically replicate faster in the cold-blooded mosquito, making it more likely to be transmitted through each bite. 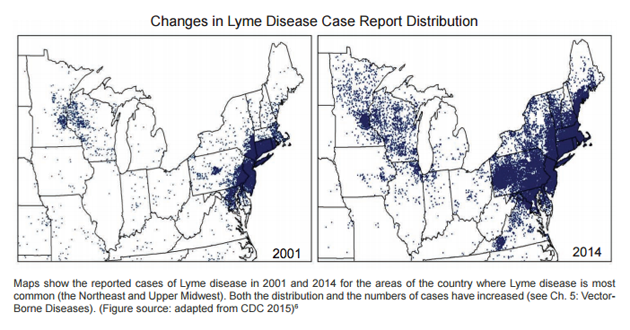 There’s also concern, Beard says, about local transmission of diseases typically associated with the tropics—he points to recent cases of dengue and chikungunya in Florida (both are transmitted by mosquitos). But he cautions that the precise causes remain poorly understood; the recent uptick could be linked as much to increases in global trade and travel as it is to changes in the climate.

But one takeaway is clear. “The brunt of this will be borne by the poorer, more tropical regions of the world,” Beard says. These are communities with climates that are already hospitable to disease-bearing insects, and in which the basic layers of prevention—from air conditioning to insect repellent—are scarce. They’re also less likely to have access to quick diagnosis and treatment, he says, which can increase the likelihood that mosquitos or other vectors will spread the illness from one infected individual to an entire household.