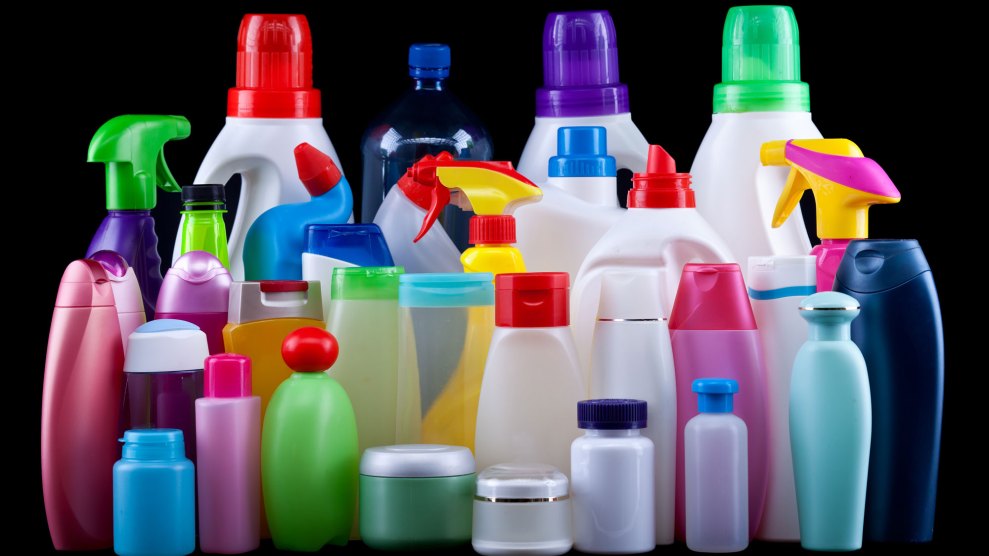 If a divided Congress uniting behind progressive public health legislation sounds too good to be true, that’s because it likely is. Last Tuesday, the Senate approved a bill that amends the Toxic Substances Control Act, a decades-old law intended to keep dangerous chemicals out of household and industrial products. The amendment is the first substantial update to chemical oversight since the TSCA was passed 40 years ago, and President Barack Obama is expected to sign it as early as this week. The much-needed update will tighten federal testing and rope in tens of thousands of industrial compounds that were previously unregulated.

But some environmental and public health advocates argue it doesn’t go far enough to protect people from toxins found in things like mattresses, baby bottles, and winter gear, and that it guts states’ ability to enact stricter regulations on behalf of their residents. Here’s what you need to know about the update—and why it might not be a cure-all for our chemical woes.

The Good: When the TSCA passed in 1976, some 62,000 chemicals already in use were grandfathered in and left unregulated, and since then only a few hundred of those have been tested for health and human safety. Even chemicals that are now known to be carcinogens, like asbestos, BPA, and some flame retardants, have been virtually impossible to regulate. The update will allow the Environmental Protection Agency to begin sifting through a long list of these household and industrial compounds and rein in those that have been out of regulatory reach for far too long.

“Most consumers expect EPA has the power to quickly review the most dangerous chemicals…The new bill fails to meet that expectation.”

The Bad: The update concentrates regulatory power at the federal level and prevents states from imposing extra regulations on a compound once the EPA begins reviewing it. This effectively sets a “ceiling” for public health protections, argues the US Public Interest Research Group. And that could be a problem, since state-led campaigns have been regulating toxic chemicals for decades. When BPA, a compound found in everything from pacifiers and sippy cups to medical supplies and food containers, was linked to an increased risk of cancer, heart disease, and diabetes, it was state regulators who stepped in to police the chemical industry three years before the Food and Drug Administration announced its own restrictions. Academic scientists and local labs were among the first to find that BPA-free plastics could also be harmful to human health—as plastics makers fought tooth and nail to convince federal regulators otherwise. (Read Mother Jones‘ investigation into BPA-free plastics here.) Under the update, any state regulations passed after April 2016 will cede to EPA rulings, undercutting local efforts to protect people from hazardous toxins.

The Ugly: By and large, the update doesn’t do enough to keep toxic chemicals out of everyday products, according to a statement released by the Physicians for Social Responsibility, an advocacy group. The EPA’s efficiency is tied to a fickle budget that ebbs and flows with political tumult and can restrain the agency from reviewing chemicals in a timely manner. Only 20 chemicals will be screened at a time, and they can remain under review for up to seven years before a safety decision is made. Melanie Benesh, a legislative attorney for the Environmental Working Group, a research organization and advocacy group, says it will likely take years to rid harmful substances from products even after new EPA regulations are passed. “Most consumers expect EPA has the power to quickly review the most dangerous chemicals and that the chemicals in their cleaners are at least as safe as chemicals in their food,” the EWG wrote in a statement. “The new bill fails to meet that expectation.”