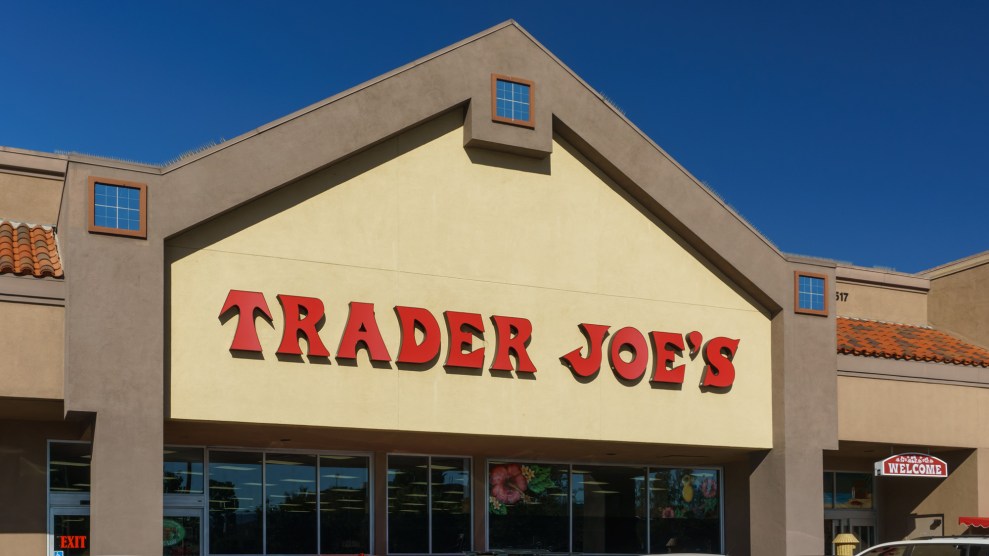 Trader Joe’s agreed on Tuesday to reduce its stores’ greenhouse gas emissions and pay a $500,000 penalty to settle claims from the federal government that the grocery chain had violated the Clean Air Act.

US officials alleged that the company did not promptly repair leaks of a hydrochlorofluorocarbon that the chain used as a coolant in its stores’ refrigerators. Hydrochlorofluorocarbons are an ozone-depleting substance and a potent greenhouse gas which contributes to global warming. The federal complaint also said the company had not kept adequate records of refrigerator repairs.

“Some of the refrigerants now in use by Trader Joe’s are up to 4,700 times more potent than carbon dioxide.”

“Some of the refrigerants now in use by Trader Joe’s are up to 4,700 times more potent than carbon dioxide,” said Alexis Strauss, an EPA official, in a statement. “Today’s settlement will affect all of Trader Joe’s current and new stores to prevent the release of approximately 31,000 metric tons of carbon-equivalent greenhouse gases.”

The settlement, which was filed on Tuesday, stipulates that the company commit to reducing coolant leaks in its refrigerators in the majority of its stores. Trader Joe’s stores will maintain a leak rate of 12.1 percent through 2019, according to the consent decree. Across the grocery store industry, refrigerators leak potentially harmful coolants at an average rate of 25 percent, officials said in a statement. In addition, all new Trader Joe’s stores will use a different refrigerator coolant that is less harmful to the ozone layer. These changes, which include a new leak management system, will cost the California-based chain about $2 million over the next three years.

Federal officials estimate that the chain’s future reduction in greenhouse gas emissions will equal the amount from 6,500 personal vehicles driven in one year, according to a statement.

“Trader Joe’s looks forward to working with the EPA in its mission to reduce air pollution and protect the ozone layer, and, with this agreement, has committed to reducing its emissions to a rate that matches the best of the industry,” the company said in a written statement.

The settlement will be made final following a 30-day public comment period.

The EPA previously reached similar settlements with Safeway Inc in 2013 and Costco Wholesale Corp in 2014 over refrigerator leaks.