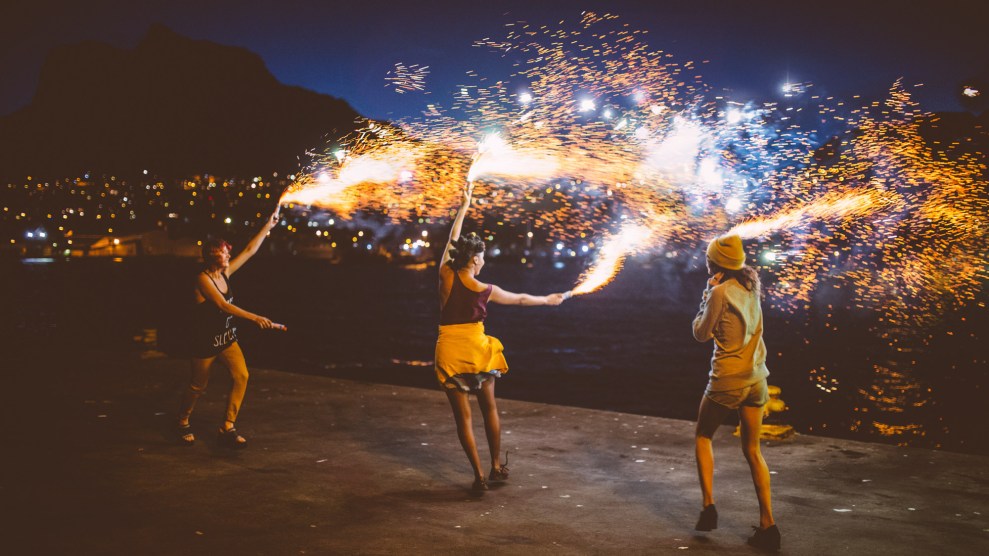 For years, teenagers from the Southern United States have made a trip to South Carolina to stop at the dozens of shops, stands, and warehouses that sell fireworks with names like “Red, White, and Boom,” “Bad Blonde Joke,” and “One Bad Mother-in-law.” The Palmetto State has long been a destination for pyro-loving patriots because of its lax fireworks laws: The minimum age to buy celebratory explosives is 16, and nearly every type of firework is for sale.

But crossing state lines for July Fourth party favors may not be as common this year. States are increasingly relaxing their fireworks laws, by dropping the minimum age requirement below 18 or allowing a wider variety of backyard explosives to be sold. Georgia, West Virginia, and New York are among the states that have made changes to the laws over the past year.

The looser laws haven’t come without controversy. Fireworks are notoriously dangerous (remember last year when two NFL players lost fingers during fireworks accidents?), and child safety groups are raising concerns that allowing minors to get hold of fireworks will lead to more firework-related injuries around the summer holiday.

A recent study by pediatric researchers at the University of Louisville found that the severity of firework burns in kids has increased over the last decade, and that the average age of kids burned decreased from 12 to 11 years old. Though he can’t pin it completely on changes in the law, the study’s lead author, Dr. John Myers, says there’s definitely a connection.

Other groups oppose fireworks for reasons other than the injuries they cause. The National Fire Protection Association takes an avid stance against the use of any backyard firework because of their link to summer fires. According to the association, fireworks caused an estimated 15,600 fires in 2013. Nearly 30 percent of all firework-caused blazes between 2009 and 2013 happened on July Fourth.

On the other side of the debate are advocates for backyard fireworks, who argue that people will mess around with the things whether or not they’re allowed to. Julie Heckman, executive director of the American Pyro Association, which represents various firework and pyrotechnic companies, says the at-home explosives are actually more dangerous when they’re illegal because people use even less caution.

“Independence Day is so recognized as the holiday that people use backyard consumer fireworks—it’s part of our American culture.”

“Independence Day is so recognized as the holiday that people use backyard consumer fireworks—it’s part of our American culture,” Heckman said. “In the areas that have prohibition, people choose to use them anyway…They are very careless.”

Heckman points out that in the three states that have a complete ban on consumer fireworks—Massachusetts, Delaware, and New Jersey—firework-related injuries still occur. For example, the Massachusetts Fire Incident Reporting System found there were 775 fire-related incidents over a 10-year period, with 15 people injured. Those numbers still pale in comparison to numbers from states that have more relaxed laws: In South Carolina, 182 people were injured by fireworks in 2010 alone.

Either way, states are moving ahead and making it easier for teens to get hold of sparklers and other fireworks. The big bucks they’ll rake in as a result can’t hurt: In New York, which just relaxed its firework laws in some counties, tax revenue from firework sales could reach as much as $2 million.