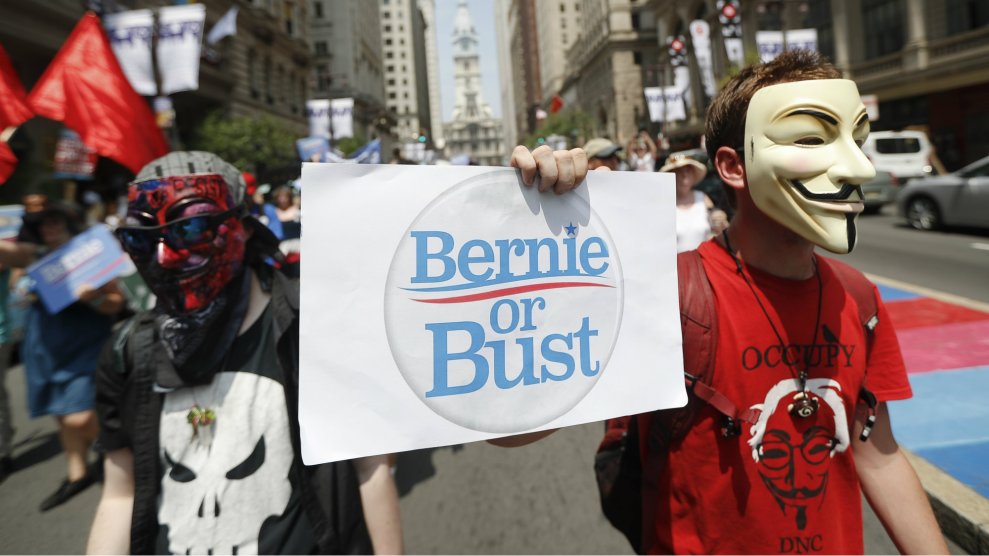 One presidential candidate says scientists who work on climate change are “practically calling it a hoax” and wants to eliminate the Environmental Protection Agency. The other calls climate change “an urgent threat and a defining challenge of our time.” And yet about four out of 10 millennials in battleground states think there is no difference between those candidates’ views on the issue.

According to the poll, 21 percent of millennials are Bernie Sanders supporters who are so disillusioned with Clinton that they wouldn’t plan to vote for her in a general election if there are third-party candidates, as well.

Young voters are one of the more unpredictable factors in the 2016 election, because they’re more likely than other age groups to support Sanders and less likely to vote in general. Democrats run the risk of losing Sanders holdouts to a third-party candidate. Nearly seven out of 10 Sanders supporters believe there’s no daylight between Trump and Clinton on the issues they care about.

That is alarming news for Clinton. But the numbers could change. NextGen’s findings suggest that if Democrats emphasize climate change and clean energy, they could make progress in winning over this demographic.

Young voters polled, including pro-Sanders voters, rank clean air and water and switching to renewable energy as high priorities. Three-quarters are more likely to support a candidate who wants to transition the United States away from fossil fuels. On the flip side, Trump’s position on the EPA could hurt him. Millennials like the EPA, the polling found—about as much as they like Beyoncé 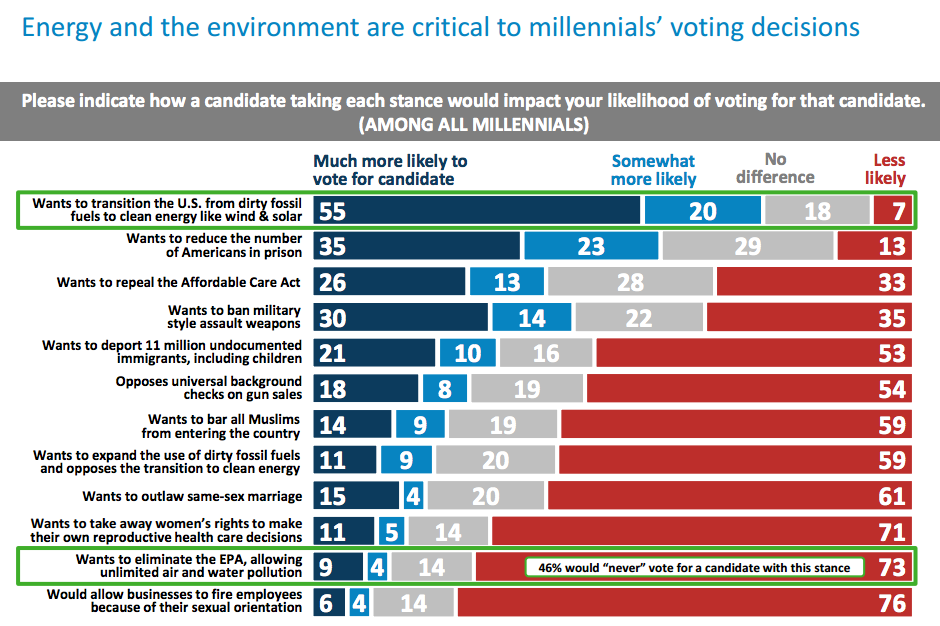 Maybe that’s in part because Sanders hammered Clinton over her positions on fracking and fossil fuel extraction during the primaries. “On the ground, students just don’t know the difference between the candidates,” Heather Hargreaves, NextGen’s vice president, said at a briefing on the poll.

“It’s not just ignorance,” added Andrew Baumann of Global Strategy Group. “They assume she’s more conservative than she is.” He continued, “I think part of the goal is to educate” voters and reintroduce Clinton.

But if her convention speech was any indication, Clinton isn’t interested in focusing much more on this issue, beyond the usual applause lines. She mentioned in passing how clean energy will lead to job creation, but she didn’t dwell on it. She left the task of drawing a contrast between her climate policies and Trump’s to speakers like California Gov. Jerry Brown and League of Conservation Voters President Gene Karpinski.

Even if Clinton isn’t going to be heavily focused on climate, Steyer and his group plan to press the issue on her behalf. NextGen is putting $25 million into efforts to turn out young voters who are concerned about climate change, including at more than 200 college campuses. The group’s hope is that young voters will understand that the stakes are so high for climate change that they will vote for Clinton even if they don’t love her.