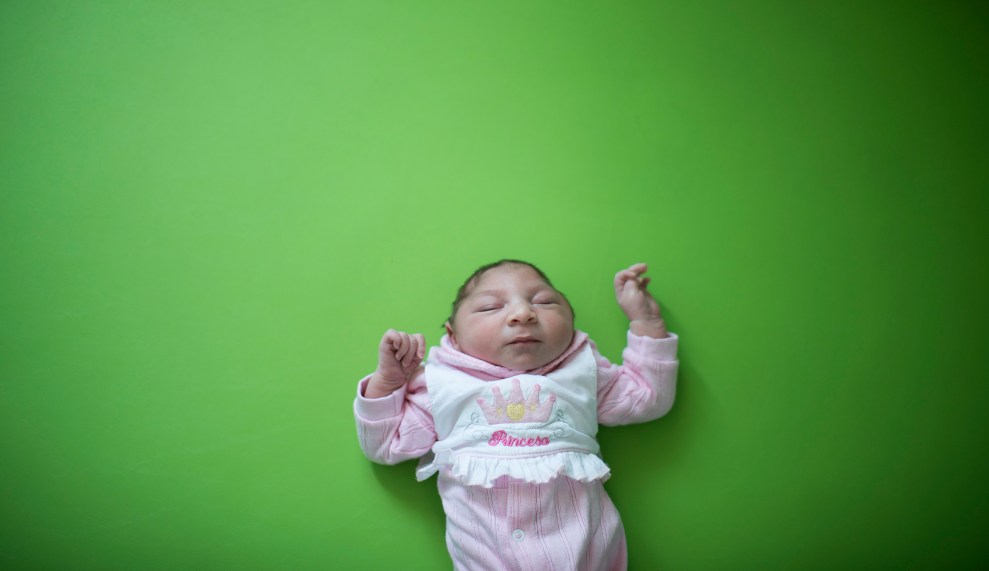 If there is one image bound up with Zika in the popular imagination, it is that of the microcephalic baby with a tiny head. This birth defect has dominated the conversation over the virus, and understandably so: It’s rare, irreversible, and highly visible. But we’re still just learning about Zika, and researchers suspect the virus may do other kinds of damage—and not just to babies in utero. Older kids and adults may also be affected, though the extent is not yet understood. Here’s a quick roundup of what we know so far, and what we don’t.

Zika attacks stem cells in the brains of adult mice
As evidence mounts of Zika’s disastrous effects on the fetal brain, researchers have tried to understand exactly how the virus causes microcephaly and whether the same mechanism could be at work in grown-ups. Early this year, a team at Johns Hopkins infected an organoid—a bundle of cells that mimics the developing brain—with the virus. Their results, published in March in the journal Cell Stem Cell, were revelatory: Zika wiped out neural progenitor cells, the precursors to various other cells in the nervous system. The virus did so by efficiently transforming the progenitor cells into “virus factories” that produced more and more Zika, explains Hongjun Song, one of the study’s authors. In a follow-up study the team found that Zika stunts the growth of brain organoids just as it stunts fetal brain growth, suggesting that the assault on neural progenitor cells is what causes microcephaly.

“This area just lit up like a Christmas tree…The stem cells really are very, very vulnerable to Zika.”

The adult brain also contains neural progenitor cells, which are believed to be key to learning and memory later in life. Curious whether the virus would act similarly in adults, another team of researchers in New York and California devised a study in mice genetically altered to lower their natural immunity to diseases. The group paid special attention to two areas of the brain—the subventricular and subgranular zones—where neural stem cells are concentrated in adults. What they saw was striking. “This area just lit up like a Christmas tree,” said Dr. Joseph Gleeson, a researcher at the Rockefeller University and one of the authors of the study, which was published in Cell Stem Cell this past August. “The stem cells really are very, very vulnerable to Zika.” The infection drastically reduced the creation of new neural stem cells and killed off existing ones—a worrisome finding.

The study comes with a host of caveats. Mice are not humans, of course, and these mice had weakened immune systems to boot. But co-author Sujan Shresta, an associate professor at La Jolla Institute for Allergy and Immunology, pointed out that people with immune deficiencies could prove similarly vulnerable. “We have HIV patients, cancer patients. If for some reason these people are affected by Zika, there is a chance that it will get into the brain,” she said.

Shresta and Gleeson’s labs are conducting follow-up studies to see whether Zika infection affects learning and behavior in adult mice. If it turns out that their results hold true in humans, one might expect to see a connection with conditions such as Alzheimer’s and clinical depression, Shresta said.

Zika is linked to a rare paralytic condition in adults
In December 2013, as Zika swept across the islands of French Polynesia, a middle-aged woman was hospitalized in Tahiti with growing weakness in her limbs. By day three, her legs and half of her face had frozen up, and her reflexes were gone. But she quickly improved: Within 10 days she was out of the hospital, and a month later she was walking unassisted. Tests showed that she’d been infected with Zika.

“It’s possible that Zika is infecting cells within the spinal cord,” attacking nerve coatings directly to cause temporary paralysis.

The woman’s symptoms matched a rare condition called Guillain-Barré, whose sudden increase scientists associate with Zika. Guillain-Barré cases in French Polynesia soared from an annual average of about five to a total of 42 over the seven-month Zika outbreak—and a similar rise followed the virus through Central and South America. The number of cases recorded during the weeks of Zika transmission rose by 172 percent in Brazil’s Bahia state, while cases in Venezuela increased almost nine fold, according to a research letter published last month by the New England Journal of Medicine. The condition is still quite rare: The 42 cases in French Polynesia represented a tiny fraction of the islands’ more than 32,000 symptomatic Zika infections. And Guillain-Barré appears rarer still if you consider that roughly 80 percent of people infected with the virus show no symptoms.

Who gets Guillain-Barré and why remains poorly understood—although the condition tends to afflict patients with recent viral infections. During the onset of the syndrome, the immune system assaults the myelin sheaths encasing the signal-bearing axons of the peripheral nervous system. These protein-and-lipid nerve coatings are what allow electrical signals to travel quickly from the brain to the outer parts of the nervous system and back. As the sheaths degrade, the signal flow slows down, depriving the patient of sensation and command over their muscles. Yet while the symptoms can be severe, most people recover fully.

The association of Zika with Guillain-Barré raises further questions about how the virus behaves in the body. In the studies mentioned previously, Zika attacked components of the central nervous system, but Guillain-Barré is typically understood as a condition of the immune system and peripheral nervous system. This “raises the question whether [Zika] actually can also affect the peripheral stem cells,” said Song of Johns Hopkins.

But Gleeson, who is studying the Zika/Guillain-Barré connection, added that the mechanism of the syndrome may be different in Zika patients than in others. Guillain-Barré is commonly understood as an autoimmune disease in which the body’s immune system attacks the nerve cells. But what if Zika were doing the damage directly? “It’s possible that Zika is infecting cells within the spinal cord, and that’s what’s causing the weakness,” Gleeson said.

Other adult neurological effects have been reported
There’s been a smattering of case reports linking Zika to additional adult neurological disorders. A woman who had been infected with Zika died in Brazil early this year from inflammation of the brain, or encephalitis. Other adults have been hospitalized with inflammation of the spinal cord and of the brain and surrounding tissue.

Complaints of brain and spinal cord inflammation are being examined for possible Zika links, but evidence is “scarce.”

A Zika link would not come as a complete surprise. Zika is among the flaviviruses, several of which are associated with diseases of the brain and spinal cord. The World Health Organization recognizes encephalitis and other neurological problems as possible complications of a severe dengue infection, for instance. (Dengue and Zika are spread by the same mosquito.) West Nile, another flavivirus (spread by a different mosquito), can cause a sometimes-fatal brain infection in adults, Gleeson said, and “individuals that have that brain infection suffer from long-term memory deficits.”

It is too early to blame Zika for these problems, however. A team of researchers at Johns Hopkins recently reviewed the Zika literature and concluded that, with the exception of Guillain-Barré, evidence linking Zika to a neurological disorders in adult humans is “scarce.”

Zika lingers in our reproductive organs
Early in the Zika timeline, non-pregnant adults seemed to have little cause for concern. Most infected people exhibited no symptoms and their blood was clear of the virus within 10 days. But recent reports suggest that Zika finds hiding places in the body where it can survive—and even propagate—outside the bloodstream.

WHO now asks men to use condoms for six months after traveling to parts of the world with active Zika transmission.

One site is the testicles. The testes are “immune privileged” in medical-speak: They are protected from the body’s sometimes violent immune responses to viruses and other pathogens. This means Zika can use the testicles like a bomb shelter, hunkering down there to escape the onslaught. Last month, doctors in Italy reported that two men who had contracted Zika during vacations in January had virus particles in their semen more than 180 days later.

To be safe, the WHO recently extended, to six months, the recommend period of time that men should use condoms after returning from areas with ongoing Zika transmission. The new guideline is considered conservative, since the longest known gap between a man showing symptoms and his transmission of Zika to another person through sex is 41 days.

Women can also spread Zika after the symptoms wane. One woman in Guadeloupe who was diagnosed in early May still had the virus in her cervical secretions 11 days after her symptoms first appeared—although the virus was gone from her bloodstream by then. A new mouse study has raised further red flags: Zika, researchers found, continued replicating in the vaginal tracts of wild mice for four to five days.

Okay, now back to the children
Perhaps the most worrisome report about the virus’ persistence came out of Brazil last month. A baby born in January to a Zika-infected mother was not initially thought to have suffered any ill effects, but then the virus remained in his blood for at least 67 days after birth. At six months, it was clear the boy had suffered brain damage. This raises an important point. Scientists worry that the focus on microcephaly may lead us to underestimate other risks to children who are infected in utero, or after birth. Consider rubella: The virus caused a wave of microcephaly cases 50 years ago, before we developed a vaccine, and unleashed a whole range of other birth defects to boot. “To me, the biggest implication is to children,” Shresta told me. “Their brain is still developing. In these endemic countries, it’s the children who are out and about, playing in areas with these Zika-transmitting mosquitoes.”