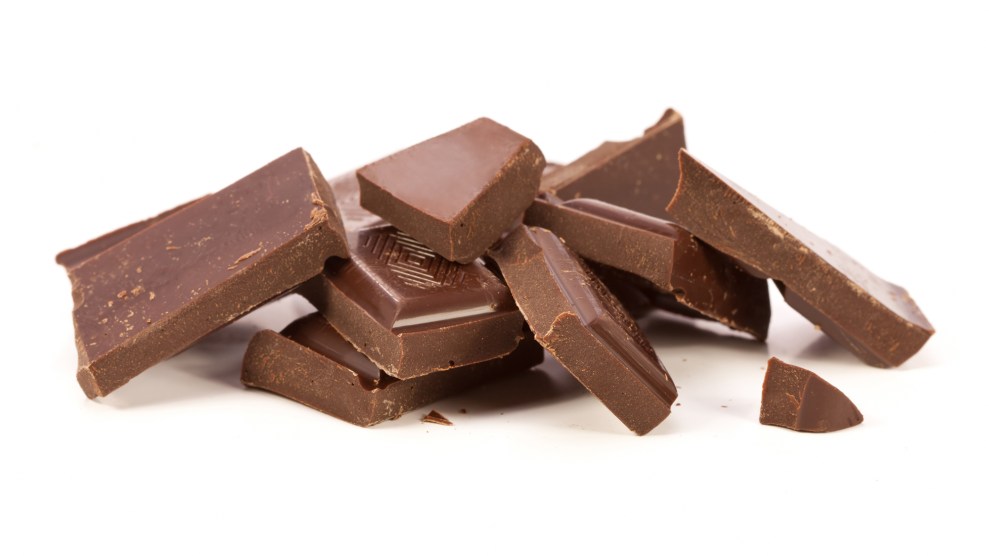 Here’s something I’m going to require a lot of over the next four years: chocolate. Until quite recently, I haven’t been fussy about my politically motivated chocolate binges. I didn’t really care whether my fix came in the form of a bar, a brownie, or, you know, an IV drip, and I certainly didn’t think much about where the chocolate came from.

But this week’s guest on Bite, the Mother Jones food politics podcast, opened my eyes to a fascinating chocolate backstory. In her new book, Bread, Wine, Chocolate: The Slow Loss of Foods We Love, food journalist Simran Sethi chronicles her trip to Ecuador, home of some of the world’s best cacao. Sethi discovers that Ecuadorian cacao beans are incredibly diverse; they come in all sorts of varieties, each with its own distinct characteristics. “It’s this tapestry of flavors that makes the country one of the top global producers of specialty cacao,” she says.

But as Sethi found out, that diversity is in danger. Cacao, she explains, is especially susceptible to disease. “Black pod rot, witches’ broom, frosty pod rot—they are some of the sinister-sounding fungi that, along with mirids, moths, and other insects, destroy up to 40 percent of the world’s cacao crop annually, with losses estimated at $2 to $3 billion,” Sethi writes.

In the first half of the last century, Ecuador’s farmers were sick of losing most of their cacao crop to fungi, so they did what any sensible farmers would do: They bred a variety that wasn’t susceptible to the most common diseases. In 1965, Homero Castro, a cacao agronomist in Naranjal, Ecuador, developed a hybrid pod that he called CCN-51 (short for Collección Castro Naranjal, on his 51st attempt to create a disease-resistant pod).

But Before Castro could patent CCN-51, Sethi writes, he was killed in a car accident, and the variety was accidentally released into the wild. Today, according to the USDA, more than a third of Ecuador’s chocolate comes from CCN-51 pods, and the variety has also spread to many other chocolate-producing parts of the world. It’s not hard to see why: In addition to resisting fungus, CCN-51 pods were also large, fatty, and easy to grow.

The problem, says Sethi, is that unlike some truly exceptional-tasting Ecuadorian cacao (she describes one as “a burst of violets: green stems, fragrant flowers”), chocolate made from CCN-51 is just okay. Sethi’s sample “tasted like chocolate, nothing more or less.” An Ecuadorian chocolate producer agreed, assessing CCN-51 as “not bad, but it’s not interesting.” For commercial-scale farmers, he said, that’s fine because they “don’t need something special for a Hershey’s bar.”

Which, of course, puts farmers in a bind. As another producer put it to Sethi, “On one side, you have a high-yield variety that gives you lots of chocolate with good chocolate flavor. On the other, you have a low-yield traditional crop: one that gives a cocoa with an incredible taste, the kind of thing craft chocolate makers dream about. The problem is, most times, farmers get the same price for both.” Another adds, “Farmers know CCN-51 is a productive variety” so they “wonder if they should risk their money on something that may or may not work.”

Chocolate experts caution that CCN-51 is poised to spread even farther; it’s not inconceivable that someday this just-okay variety may be the only chocolate that we know. But it doesn’t have to be that way, says Sethi. Want to save the diversity of chocolate? Sethi shares a few of her top tips in this week’s Bite episode.

Bite is Mother Jones‘ podcast for people who think hard about their food. Listen to all our episodes here, or subscribe in iTunes or Stitcher or via RSS.