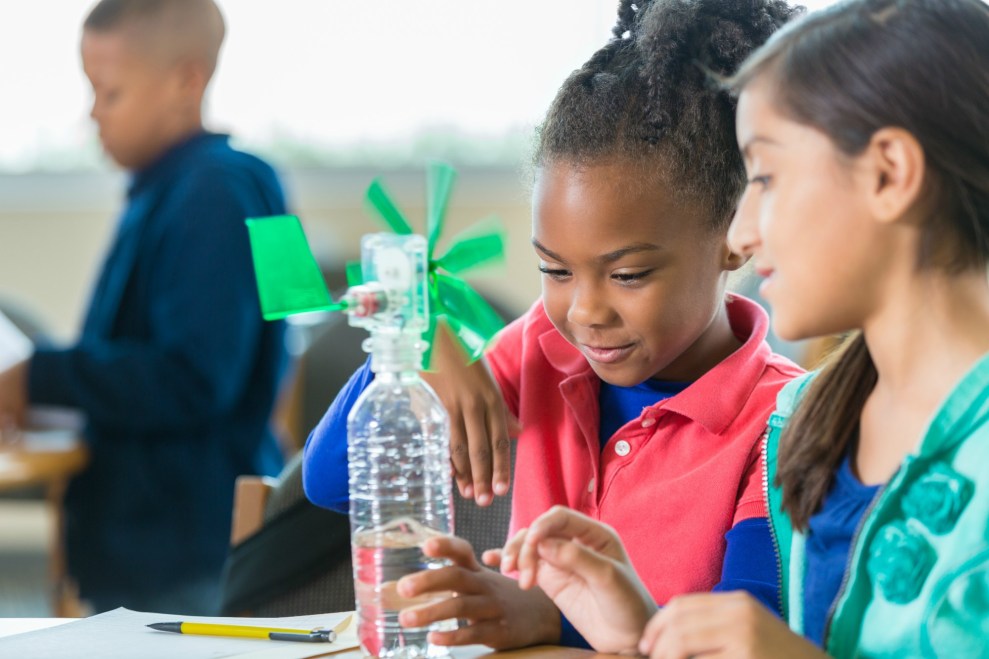 The debate surrounding science education in America is at least as old as the 1925 Scopes “monkey trial,” in which a high school science teacher was criminally charged for teaching evolution in violation of Tennessee law. But bills percolating through state legislatures across the US are giving the education fight a new flavor, by encompassing climate change denial and serving it up as academic freedom.

One prominent example, South Dakota’s Senate Bill 55, was voted down Wednesday, but others are on the docket in three states, with possible others on the way. Advocates say the bills are designed to give teachers additional latitude to explain scientific theories. Opponents say they empower science denial, removing accountability from science education and eroding the foundation of public schools.

In bills making their way through statehouses in Indiana, Oklahoma, and Texas, and a potential measure in Iowa, making common cause with climate change denial is a way for advocates to encourage skepticism of evolution, said Glenn Branch, deputy director for the National Center for Science Education, an advocacy group.

“The rhetoric falls into predictable patterns, and the patterns are very similar for those two groups of science deniers,” he said.

Science defenders like the NCSE say science denial has three pillars: That the science is uncertain; that its acceptance would have bad moral and social consequences; and that it’s only fair to present all sides. All three are at work in the latest efforts to attack state and federal education standards on science education, Branch said.

According to a survey published last year, this strategy is already making headway. The survey, in the journal Science, found that three-fourths of science teachers spend time on climate change instruction. But of those teachers, 30% tell their students that it is “likely due to natural causes,” while another 31% teach that the science is unsettled. Yet 97% of scientists who actively study Earth’s climate say it is changing because of human activity.

In South Dakota, state Rep. Chip Campbell, R-Rapid City, said the bill would have enabled broader discussions in the classroom, according to The Argus-Leader.

“In science it is imperative that we show not only the strengths but also the weaknesses of theories,” he said. “Weaknesses, not strengths, are the key to finding the truth.”

Many of these bills are being pushed in response to recently adopted federal standards for science education. The Next Generation Science Standards (NGSS), developed by 26 states, were finalized in 2015. As of November 2016, 16 states had adopted them, and the guidelines are under consideration in several others.

“The concerns of these anti-science officials aren’t rooted in peer-vetted science. They are rooted in opposition to learning the truth about climate change.”

Efforts to undermine science education are often related to adoption of the new standards. In West Virginia in 2016, for example, lawmakers removed language in the standards that said human activity has increased carbon dioxide emissions and affected the climate. In Wyoming, lawmakers passed a statute banning public schools from teaching climate change is caused by humans, though that was later repealed. Also in 2016, Idaho lawmakers passed a bill permitting the use of the Bible in public schools as long as it was in connection with astronomy, biology, and geology. The bill passed in a modified form without referencing those scientific topics, but it was later vetoed.

“The concerns of these anti-science officials aren’t rooted in peer-vetted science. They are rooted in opposition to learning the truth about climate change,” said Lisa Hoyos, the director of Climate Parents, an offshoot of the Sierra Club that supports climate education. “The purpose of these bills is to create space for peer-reviewed, evidence-based science to be challenged based on teachers’ political opinions.”

It’s part of a third wave of anti-science legislation at the state level, according to Branch.

The first wave, specifically targeting evolution, dissipated after 1968, when the Supreme Court ruled in Epperson v. Arkansas that prohibiting the teaching of evolution was unconstitutional. The second wave focused on “intelligent design,” a branch of creation theory that postulates a higher power guides and shapes the process of evolution. In the late 1990s and early 2000s, anti-evolutionists focused on bills that would require teachers to say evolution was controversial, while staying silent on possible alternatives, Branch said. Later Supreme Court cases also rejected these policies on various First Amendment grounds.

The newest wave, which began around 2004, focuses on “academic freedom—teach the controversy, talk about theories’ strengths and weaknesses,” Branch said.

“They all have the same effect, which is to free teachers from having to teach evolution as accepted science, and to prevent state and local officials from doing anything about it,” he said.

The bills initially targeted evolution, but later, advocates came up with a standard list: biological evolution, the origin of life, global warming, and human cloning are considered the controversial topics in science education, Branch said.

“A teacher could, on the public dime, teach creationism, flat-Earthism, white supremacism, and there would be nothing that the taxpayers could do about it.”

He and Hoyos both noted that the bill would have protected teachers who wanted to teach anything at all, not just skepticism of climate change and evolution.

“A teacher could, on the public dime, teach creationism, flat-Earthism, white supremacism, and there would be nothing that the taxpayers could do about it,” Branch said. “It’s not that science teachers shouldn’t have some freedom to do what they do; but all of these states already have all various kinds of regulations, policies, and informal practices that give a reasonable degree of freedom.”

Similar active bills include Indiana’s Senate Resolution 17, Oklahoma’s Senate Bill 393, and Texas’s House Bill 1485, Branch said. Because Indiana’s is a resolution, it would have no legal effect other than to express the intent of lawmakers, which Branch said was an “interesting variant.” In Iowa, lawmakers are discussing a measure that would make the next generation standards optional, he said.

To date, South Dakota’s was the only measure to have been passed by a chamber of the legislature; the state Senate passed it in January. It’s also the first measure to die. It lingered in a House education committee before a hearing was scheduled for Wednesday, and it was defeated, 11-4. Its sponsor, Republican Sen. Jeff Monroe of Pierre, had introduced different versions of the bill for the past four years, but it never made it as far as it did in 2017, Hoyos said.