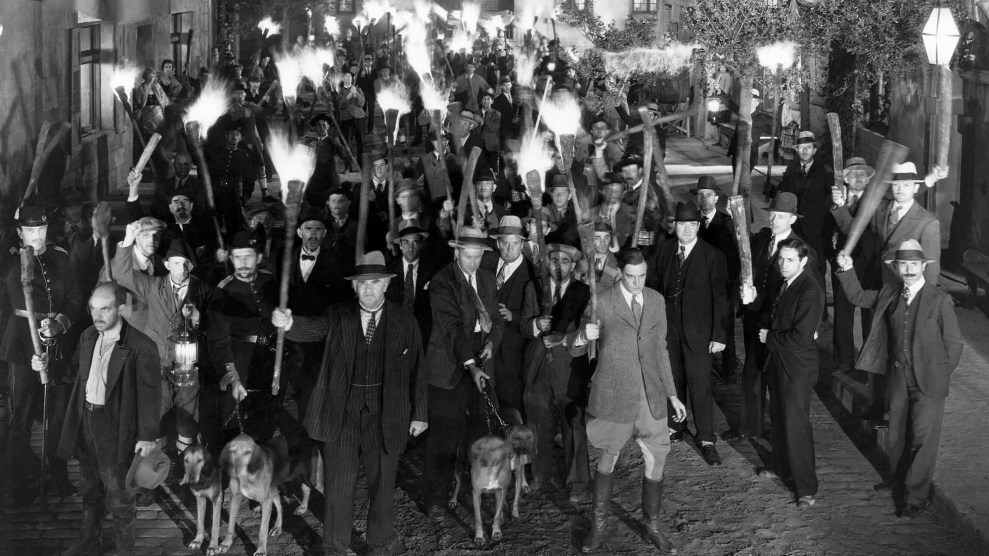 On Wednesday, two GOP lawmakers from Nevada faced angry voters who complained about Trump, the GOP agenda, and Sen. Dean Heller’s vote to confirm Scott Pruitt to lead the Environmental Protection Agency. Reno Gazette-Journal caught the Chamber of Commerce luncheon on video, which captures an interesting exchange about Pruitt and climate change in a county that voted 52.5 percent for Trump last fall.

A woman, who introduced herself as a military mother concerned about the environment and natural resources, asked Heller, “A few days ago you voted for Scott Pruitt for Environmental Protection Agency. Knowing his ties to big oil and gas and other polluters, what will you do to ensure the protection of our clean water and clean air?” She got a round of applause.

“I think every president has the right to put their cabinet into place, and I supported putting the cabinet into place,” Heller said, as some in the crowd of 100 began to boo. “It doesn’t mean I support all the policies. I am going to treat all the policies that come out of the Trump White House the same way I treated all the policies that came out of the Bush White House and out of the Obama White House. They are not always right, but they’re not always wrong. When a policy itself comes to my desk, I’ll take a look at it, and if it’s right, I’ll support it. If it’s good for Carson City, I’ll support it.”

Heller then touted his record on solar energy, claiming “nobody’s done more on my side of the aisle than myself to support solar energy.” He added that he “saved the solar industry” across the entire country by supporting the extension of solar tax credits in an omnibus bill. Heller might be overstating his environmental record. According to the League of Conservation Voters’ score of Heller’s votes, he had a 24 percent voting record on environment in 2016 and 8 percent in 2015. Since his vote supporting Pruitt, environmental groups have launched anti-Heller ad buys, in anticipation of his 2018 re-election bid.

Another woman called out, “Why did you vote for a man who doesn’t believe in climate change?”

“I talked to Pruitt, and he said he’s not a climate change denier,” Heller replied. “That’s what we talked about in my office…If I don’t like his policies I won’t support him. If I like his policies, I will support him.” While we don’t know what Pruitt told Heller in private, the new EPA head did pen an op-ed last year incorrectly characterizing climate change as a debate that “is far from settled.”

Rep. Mark Amodei (R), who was also speaking at the event, then took the mic from Heller (who appeared to be relieved, asking “are you tapping me out?”). Another woman asked Amodei about Pruitt’s emails from his time as Oklahoma attorney general. During Pruitt’s Senate confirmation, Democratic senators wanted to delay the vote because an Oklahoma judge ordered the attorney general’s office to turn over email communications with fossil fuel interests. But Republicans scheduled Pruitt’s vote before those emails were made public on Wednesday. The emails reveal close coordination between Pruitt and fossil fuel companies such as Devon Energy.

Amodei and Heller tried to minimize the importance of Pruitt to Nevada’s interests, though the state ranks fourth in installed solar energy and is home to a number of popular national monuments. Not to mention that Nevandans grapple with drought and extremely hot summers, and other consequences of climate change. When Amodei tried to deflect the criticism and focus on issues he sees as more relevant to Nevada, a man in the audience responded, “We are Nevada.”

Here’s the video, courtesy of Reno Gazette-Journal (the relevant exchange starts at 19:50).