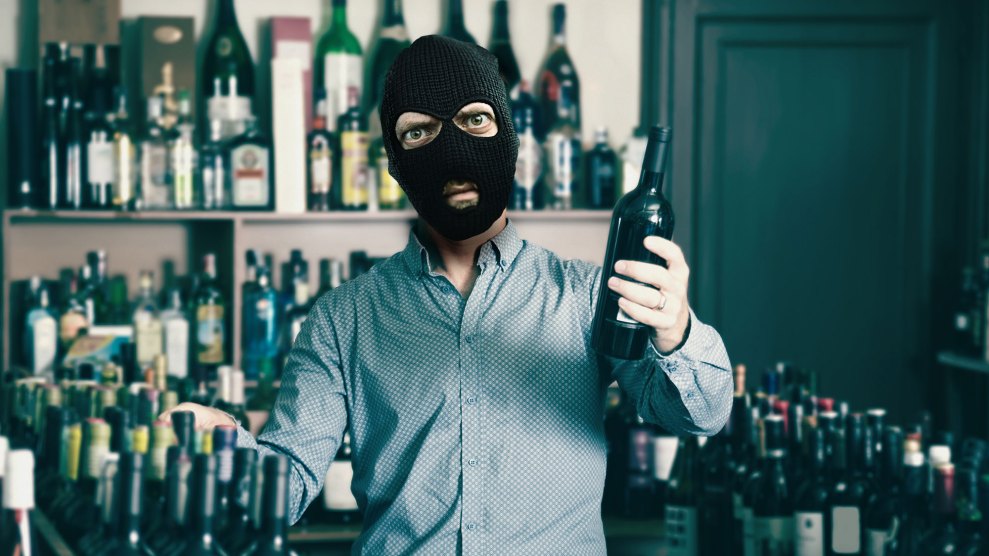 Like precious gem heists and exotic animal snatching, food crimes come with their fair share of high drama. The details of one seafood kingpin’s story are enough for an episode of The Sopranos: Federal agents disguised themselves as Russians and busted fisherman Carlos Rafael for a laundry list of crimes, including mislabeling his catch and selling thousands of pounds of fish under-the-table to a dealer in New York City.

For our latest episode of Bite, our food politics podcast, we talked to journalist Ben Goldfarb about his recent Mother Jones feature about this fish tycoon, known as “The Codfather.” The interview with Goldfarb begins at 1:24.

“The Codfather has always been kind of a notorious figure in New England,” says Goldfarb. “He has a reputation for being unscrupulous, he’s run into trouble with the law a few of times, and a lot of small fishermen feel he’s squeezing them out.” Rafael currently faces 24 counts of fraud and is due in court May 30th. He joins a long line of food criminals, including:

Sticky Fingers
At $1,300 a barrel, maple syrup was about 26 times more valuable than crude oil last year. In what became known as the Great Maple Syrup Robbery, 540,000 gallons of syrup—worth roughly $13.4 million—were stolen from the Federation of Quebec Maple Syrup Producers in 2012. According to prosecutors, writes Vanity Fair: “The gang would truck barrels out of the Reserve to a sugar shack where they would siphon the syrup in the way you siphon gasoline from a semi, feeding it, a cask at a time, into their own ramshackle barrels and then re-filling the originals with water.” The heist was discovered when an inventory check revealed the water. Richard Vallières, one of the ringleaders, was found guilty in November of theft, fraud, and trafficking stolen goods; he reportedly claimed he was forced to commit the crime under a death threat.

Wine Wizard
From the early 2000s until 2012, a young Indonesian immigrant named Rudy Kurniawan swindled Silicon Valley socialites—including wine and art expert William Koch—out of nearly $30 million by repackaging wine in his basement and selling it for thousands of dollars per bottle. In 2014, a judge sentenced Kurniawan to 10 years in prison. Kurniawan earned his nickname “Dr. Conti” because he was known for bidding high on famously-expensive Domaine de la Romanée-Conti wines at auctions.

This is Nuts
Nine people died and thousands got sick in 2008 and 2009 after eating peanut butter contaminated with salmonella. The story’s grossest detail is that the CEO of the Peanut Corporation of America, Stewart Parnell, knew the food may have been contaminated—but shipped it anyway. Parnell was found guilty in 2014 on more than 70 criminal charges and received the longest prison sentence of any food-related crime: 28 years.

Oh, SNAP
In spring of 2016, vendors at South Florida flea markets were in cahoots with customers carrying EBT cards: Owners rang up purchases but never sold anything. Customers instead left with cash, and shop owners got a cut. According to the Miami Herald, thousands of food stamp recipients were involved in the $13 million food stamp fraud, perhaps the largest scheme of its kind. Investigators dubbed the bust “Operation Stampede.”

Bite is Mother Jones‘ food politics podcast. Listen to all our episodes here, or by subscribing in iTunes or Stitcher or via RSS.