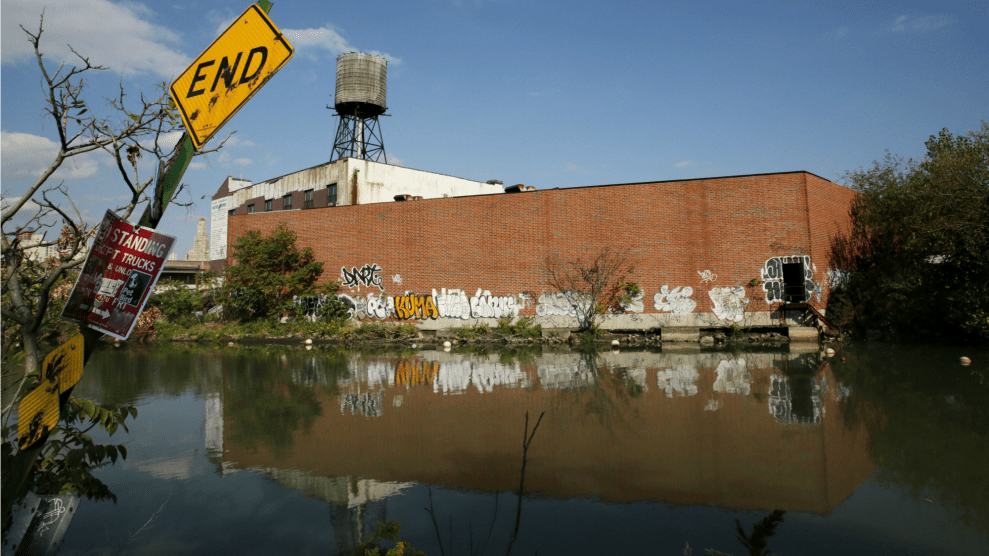 President Donald Trump reserves a special level of antipathy for the Environmental Protection Agency. He campaigned on eliminating the EPA “in almost every form,” and his budget director, Mick Mulvaney, declared that its climate change programs “waste your money.” But his full budget wish list released Tuesday actually assigns a dollar value to his promises. In it, the EPA faces the steepest cut of any agency or department across the government, a 31.4 percent reduction, to $5.7 billion, its lowest level in 40 years.

The Trump proposal is not going to survive congressional appropriations intact, but the numbers are instructive about where the administration’s true priorities lie. “Everyone believes in and supports safe food supplies and clean air and water,” the budget document declares, “but the agencies of the Federal Government have gone way beyond what was originally intended by the Congress.”

“I don’t see how states are going to pick up the slack by cutting the funding, while also realizing there’s no backstop. The states have nowhere they can ask for federal help.”

Far from redirecting the EPA away from climate change to its “core responsibilities” of preserving air and water quality, as Trump and EPA Administrator Scott Pruitt have promised, the budget would slash an assortment of these “core” initiatives—including energy efficiency, clean air, clean water, infrastructure, and state initiatives. The EPA 2016 workforce of 15,376 is already down 3,000 employees from where it stood in 1999. If enacted, these budget cuts would potentially reduce its staffing by at least 3,000 more.

The Superfund program, responsible for cleaning up more than 1,300 of the dirtiest and most hazardous industrial sites around the country, took one of the biggest hits in sheer dollars, with Superfund spending reduced by 25 percent, or $330 million. The rationale is this would “optimize the use of existing settlement funds for sites” and identify barriers “preventing sites from returning to communities.” On conservative radio, EPA Administrator Scott Pruitt has called Superfund responsibilities “some of the most important work that we do as an agency, or should be doing,” claiming he can clean up these sites faster while also streamlining, or reducing, their numbers. Yet Superfund experts don’t see how any kind of progress is possible when the program faces such draconian cuts. “The pace of cleanup at Superfund sites is directly related to available resources,” emailed David Konisky, an environmental policy professor at Indiana University who authored a book about the Superfund program. “The proposed budgets cuts would drastically impair EPA’s ability to cleanup existing sites and to address new sites that need remediation.”

Under Trump’s budget, dozens of programs, from environmental justice to radon detection, are eliminated. A variety of projects that focus on environmental cleanup for the Great Lakes, Chesapeake Bay, Puget Sound, and more, are zeroed out. Energy Star, a relatively small program that rates energy efficient products and properties, is gone. The White House justifies cutting the popular energy efficiency program by saying, “There is no need for EPA to administer voluntary partnership and certification programs like Energy Star with taxpayer dollars, given the popularity and significant private benefits these programs provide to industry partners and consumers.”

The EPA’s scientific research and development is also cut by half, which the White House claims will free the program to concentrate its research on “statutory requirements” and basic research on environment and human health. That doesn’t just threaten climate research, but research that underpins agency decisions on pollution and pesticide regulation.

Pruitt has often invoked the term “cooperative federalism” to argue that the federal government should stand back and let states take the lead on environmental priorities. Yet the budget also slashes the EPA’s state categorical grants, which help states tackle air and water problems, by nearly half.

Michael Mikulka, EPA staffer and President of the American Federation of Government Employees Local 704 union representing 900 EPA workers in the Region 5 office, argues the budget delivers a double blow to environmental and health initiatives, not just by cutting federal spending on enforcement (by $129 million) but by cutting state grants as well. “States were asking for EPA assistance previously, under the current level of funding,” says Mikulka. “So I don’t see how states are going to pick up the slack by cutting the funding, while also realizing there’s no backstop. The states have nowhere they can ask for federal help.”

While the EPA is the prime target in Trump’s budget, environmental programs in other agencies are also slashed. The Department of Interior sees nearly an 11 percent cut, the Department of Energy faces an 18 percent cut for its non-nuclear spending, the State Department’s climate aid is zeroed out, and NASA’s Earth science satellites, including measurements of carbon dioxide, get no funding. The Department of Agriculture’s wastewater treatment grants are deemed “duplicative” and also cut.

All told, Trump is generous with the Defense budget, giving it a boost of $52 billion, while drastically cutting non-military domestic spending (by $57 billion), which includes the tiny portion of the federal budget that goes to fighting climate change.

Mikulka summed up the budget cuts as “a travesty” for the environment and notes “we’ll be putting people at risk.” But he did get one less grim piece of news today. The White House Office of Management and Budget floated the idea back in March of eliminating two entire EPA regional offices, and rumor had it that officials eyed Chicago’s Region 5 office as one of them. Tuesday morning, Mikulka says the regional administrator informed him that closing Region 5 was off the table. For the time being, it’s safe.