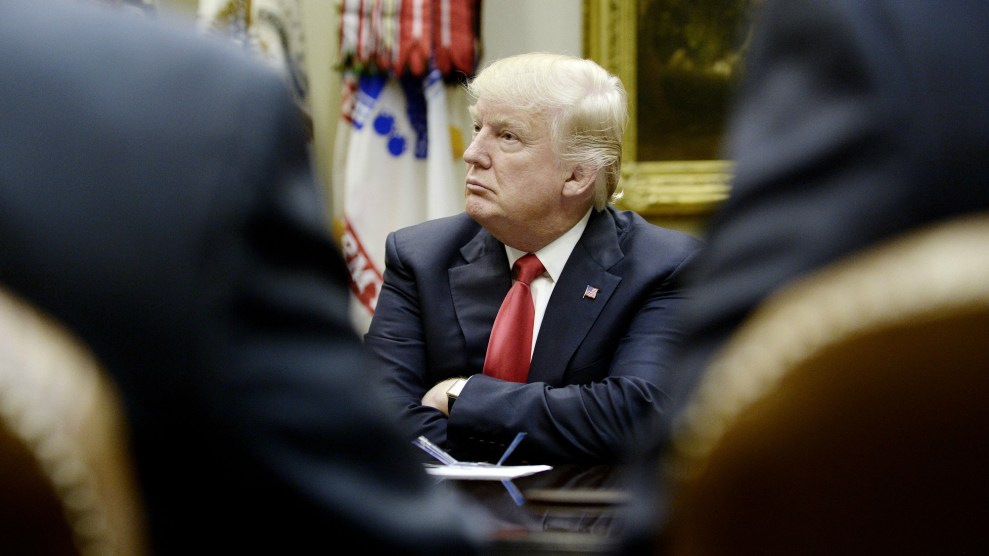 Environmentalists got some rare good news Wednesday when the Senate narrowly rejected a GOP effort to repeal an Obama-era regulation limiting methane emissions on public lands.

President Donald Trump faces a May 11 deadline to overturn a number of Obama-era regulations through a simple majority vote in Congress under a law known as the Congressional Review Act. The oil and gas industry lobbied hard for Congress to use the CRA to repeal Department of Interior’s methane rule, which requires energy companies to upgrade equipment and monitoring to prevent venting and leaking of methane—a powerful greenhouse gas—on public lands. The rule also restricts a practice know as “flaring,” which is when oil and gas operators leak and burn off excess gas.

The House passed a resolution to repeal the methane rule in February, but the bill stalled in the Senate as some Republicans expressed concern that such a bill would prevent the government from enacting “substantially similar” regulations in the future. Methane leaks are not just a safety hazard and a driver of climate change, they also waste natural gas that would otherwise be used as fuel. Using the CRA to undo the rule would have permanently handicapped efforts to control methane.

The repeal effort faced its final defeat on Wednesday in a 51-49 vote, with Republican Sens. Susan Collins (Maine), Lindsey Graham (S.C.), and John McCain (Ariz.) joining every Democrat in opposing the bill. Graham had previously expressed reservations about using the CRA, calling it “too blunt an instrument in this case,” and Collins has broken with her party on some environmental votes in the past. McCain was more of a surprise, though yesterday he met briefly with Gwen Lachelt, a La Plata County Commissioner in Colorado, who helped develop the rule and flew to DC to make a last-ditch attempt to save it.

McCain appeared to be arguing with his Republican colleagues, including Senate Majority Whip John Cornyn (Texas) and Sen. John Barrasso (Wyo.), just moments before his “no” vote:

@davidshepardson @ryanlcooper This was the moment McCain (clearly pretty upset) voted NO and walked off the floor pic.twitter.com/hm8Xda9PQj

The White House wanted Congress to send as many CRA repeal bills as possible to Trump’s desk, and Congress has used the law 13 times to repeal Obama-era regulations, including several rules that were loathed by the oil, gas, and coal industries.

Trump can still weaken or roll back the government’s limits on methane emissions, though that will have to go through the agency’s formal rulemaking process and could take years.

One of the areas most affected by the rule is the San Juan Basin. Lachelt lives in a nearby Colorado county that, she notes, is “under the largest methane cloud in country.”

“If the [methane] rule goes away,” she says, “we have no way to address that pollution.”