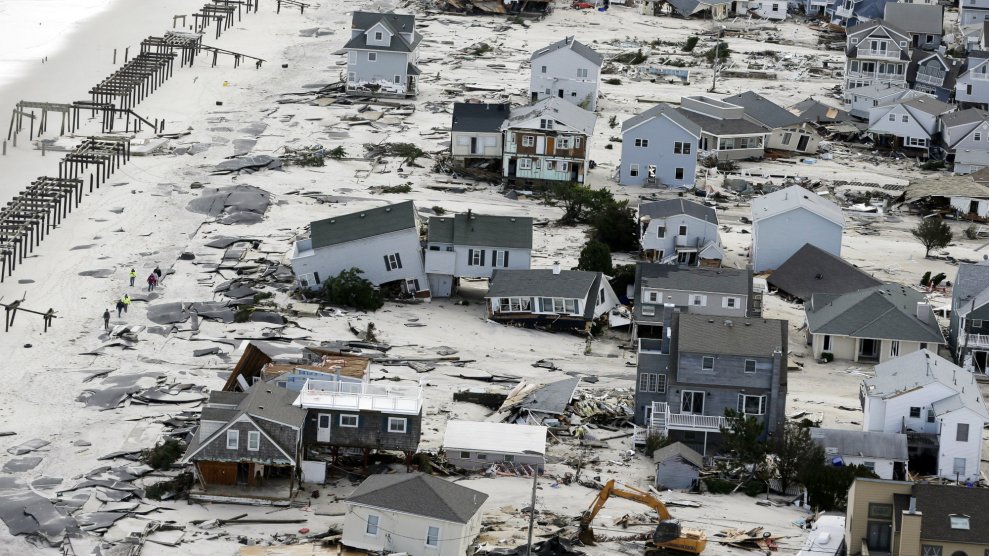 Hurricane Harvey, a devastating storm that has been upgraded to Category 3, is set to strike coastal Texas late tonight or early Saturday, bringing catastrophic rain and wind which will cause widespread flooding and destruction along its projected path.

Ninety-seven percent of scientists know that global warming is real and will cause extreme weather events. They also know that certain factors such as sea level rise or rainfall amounts can affect tropical cyclones. But what’s still unclear is the connection between climate change and  hurricanes. For example, wind shear and the global pattern of regional sea surface temperatures play some role in hurricanes, but scientists don’t fully understand how they fit together.

Still, there are three areas in which scientists have determined a link exists between between hurricanes and global warming.

Increased rain fall: Part of what makes this storm so unusual is the amount of rain Harvey is expected to dump on Texas. Some models are predicting that up to 35 inches may fall on the coast, causing devastating flooding. One outlier model is even showing up to 60 inches—or five feet.

According to Climate Signals, a science information project of the climate science organization Climate Nexus, “Increasing rainfall rates is one of the more confident predictions of the effects of future climate change on hurricanes.” The reason is that global warming is increasing the rate at which both ocean water evaporates and the amount of water vapor the air can hold. When the amount of water in the air increases, precipitation from all storms increase.

Storm surge: Harvey is expected to bring 120 mph winds to Texas when it makes landfall. That wind will push the ocean water to abnormally high levels, a phenomenon known as storm surge. Experts are predicting that the surge could be anywhere from six to 12 feet high.

Sea level rise has unquestionably been a product of global warming “Sea-level rise from climate change occurs slowly and gradually, but its effects are profound and manifested when three things or more come together,” Kevin Trenberth, a climate scientist at the National Center for Atmospheric Research, told ThinkProgress in April.

When that rise is combined with a hurricane and a high tide, it can have devastating impacts such as inland flooding that destroys homes, businesses, and can even kill.  To make matters worse, the Gulf Coast region is especially vulnerable to storm surge because much of the coastline lies less than 10 feet above sea level.

Warmer ocean water: On Sunday, the storm was downgraded after crossing the Caribbean Sea and before entering the Gulf of Mexico. But because tropical storms are fueled by warm ocean water—and the Gulf of Mexico is currently 2.7 to 7.2 degrees Fahrenheit warmer than average because of the effects of climate change—Harvey quickly intensified into a major hurricane.

All those factors together will certainly make Hurricane Harvey a historical storm, but we can’t blame the storm on climate change just yet—scientists are still trying to figure it all out.