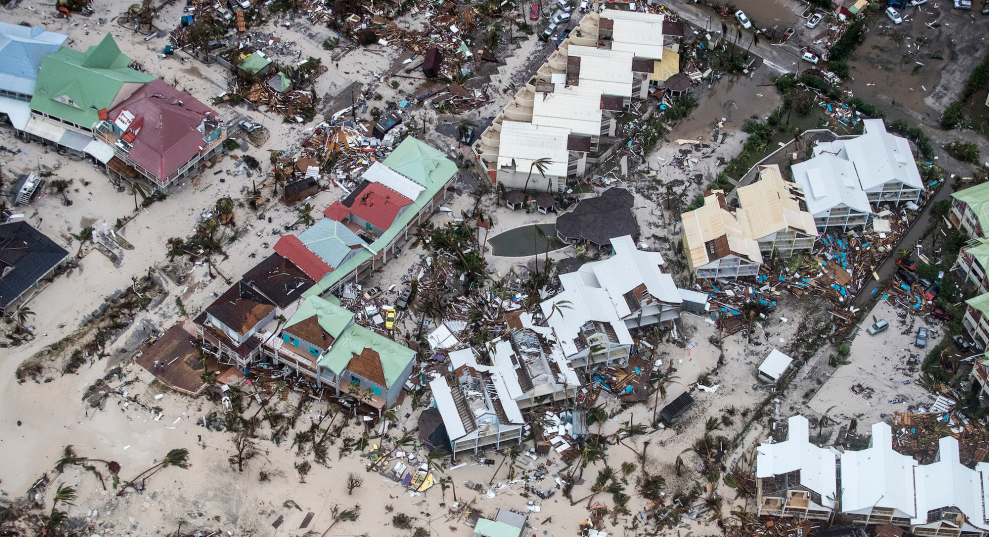 Hurricane Irma, the strongest hurricane on record to hit the Atlantic Ocean, tore through several islands in the Caribbean on Thursday, destroying 95 percent of St. Martin, leaving more than 1 million in Puerto Rico without power, and damaging 95 percent of the properties on the island of Barbuda.

At least 18 people have been killed across the region. That number is expected to climb, as officials assess the storm’s destruction in the days ahead.

Irma weakened to a Category 4 storm, but the National Hurricane Center is warning that the situation remains life-threatening, especially as rising waters from the coastline move inland.

“Persons located within these areas should take all necessary actions to protect life and property from rising water and the potential for other dangerous conditions,” the center said in a statement Friday. “Promptly follow evacuation and other instructions from local officials.”

“It’s an absolute devastation,” Barbuda Prime Minister Gaston Browne said while describing the destruction. “This is no hyperbole.”

The storm is now heading straight for the United States and is likely to make landfall on Saturday in Florida, where evacuations have taken place over the past few days. In Miami-Dade County, 650,000 people were ordered to leave—the largest evacuation order in the region’s history. Experts predict Irma will cause far more damage than Hurricane Andrew, the 1992 storm that left 65 people dead and destroyed 63,000 homes.

“Hurricane Andrew is one of the worst storms in the history of Florida,” Florida Gov. Rick Scott said on Wednesday. “This is much worse and more devastating on its current path.”

Mandatory evacuations have also been ordered in Georgia’s coastal areas.

Tropical storm winds are likely to arrive in the FL Keys and south FL Saturday. Preparations should be rushed to completion. #Irma pic.twitter.com/eto2KVWtgP

As with Hurricane Harvey only a week before, President Donald Trump on Friday tweeted about the storm’s potential to break records and cheered on first responders.

Hurricane Irma is of epic proportion, perhaps bigger than we have ever seen. Be safe and get out of its way,if possible. Federal G is ready!

Our incredible U.S. Coast Guard saved more than 15,000 lives last week with Harvey. Irma could be even tougher. We love our Coast Guard!