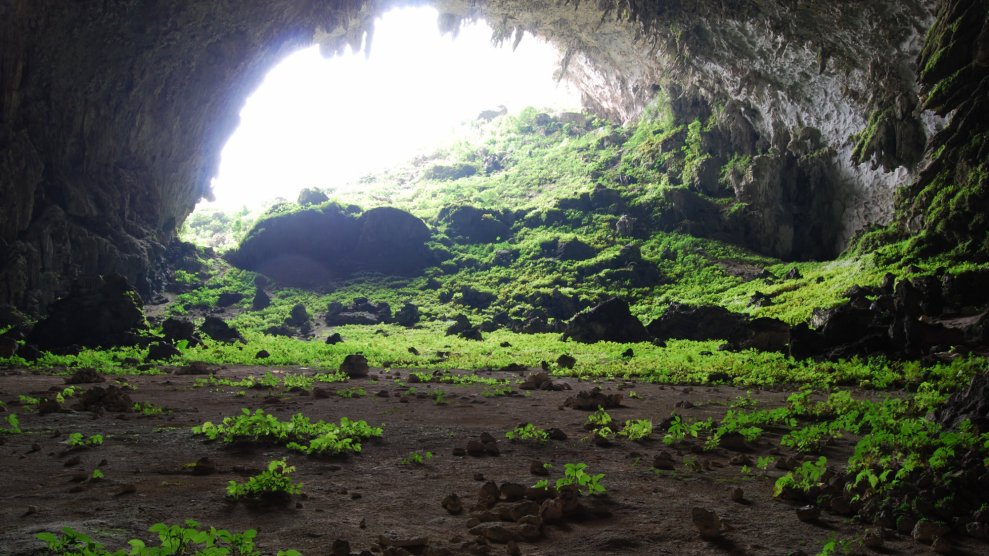 From Plato to Polyphemus, caves have long been literary symbols of the mysterious and the unknown. And in the real world, they often live up to that reputation: underground rivers, weirdly preserved skeletons, rare bacteria that make them shine like gold.

Now, the largest study on cave flora ever conducted revealed a surprising diversity of plant species living inside some of China’s least explored caves. “Before we started we had no idea of the diversity of plants in caves, or that so many species are known only from caves,” said Alexander Monro, a biologist from the Kew Royal Botanic Gardens who lead the study, in a statement.

Monro and colleagues from Guangxi Institute of Botany in China surveyed more than 60 caves in the Guangxi, Guizhou, and Yunnan regions. They identified 418 different plant species, 31 of which are only found in caves. The endemic plants were all located near the entrances of the caves, rather than in twilight zones, the areas deeper in caves that less light, which suggests that these plants once thrived outside of the caves as well. The researchers believe that they were once part of a continuum of vegetation that extended into the understory of the surrounding forest, or the layer of vegetation in the shaded area between the canopy and the ground.

They could, scientists say, be the only surviving populations of some species after heavy deforestation for charcoal to support industrialization between 1950 and 1970. “Prior to deforestation, cave entrances would have been connected by relatively dense forest,” Monro says, “so it is very likely that understory species would have grown in cave entrances as well as the forest understory.”

The fact that these species had never been described as exclusive to caves before further suggests to Monro that they are “survivor” plants that were spared from deforestation thanks to their cave shelter. “Whilst the above is not proof, it does reflect the most parsimonious explanation” he adds.